Marsha Lederman
Published May 15, 2020 Updated May 15, 2020
Comments
Please log in to listen to this story. Also available in French and Mandarin. Log In Create Free Account

A crazed voice booms through your earbuds, claiming that SARS was manufactured by the United States to target China, that Bill Gates is behind a plot to use immunization for population control, and the old nut: that vaccinations cause autism. (They don’t.)

In real life, these conspiracy theories might be spouted by any number of fringe bloggers or broadcasters – Rush Limbaugh and the repugnant Alex Jones come to mind. But these examples come from Kathy Reichs’s new novel, A Conspiracy of Bones. The peddler of these far-fetched tales is a mysterious radio host named Nick Body, whose show Body Language has millions of loyal followers. His absurd theories, devoid of plausible evidence, include warnings that children are being kidnapped so their organs can be harvested or so that the kids can be transported to Mars, where they’re used as forced labour at work camps built by NASA.

In A Conspiracy of Bones, Reichs’s new Temperance Brennan novel, Body’s bizarre theories wind up on the forensic anthropologist’s radar as she investigates the discovery of a body. It’s a particularly difficult case, as the corpse has been partly consumed by feral hogs.

While the book, published in March, was obviously written before the COVID-19 pandemic, it comes out at a time when some far-fetched theories have attracted even mainstream attention. This crime novel feels awfully relevant as coronavirus conspiracy theories swirl in cyberspace.

A key theme in the book is expressed repeatedly with the question: What is real? What is not?

Reichs, who divides her time between Montreal and North and South Carolina, will be the first author in The Globe and Mail’s new virtual Book Club, with an event on Wednesday, May 20. There is so much to discuss with her, including the ubiquity of the fabrications that helped inspire the book.

“I began the 19th Brennan book at a time when bloggers and extremist talk-show hosts were polluting the internet and the airways with hateful dialogue, unfounded conspiracy theories and dangerous misinformation,” Reichs writes in the afterword. “When mainstream journalists felt compelled to fact-check the utterances of powerful figures. When the terms ‘fake news’ and ‘alternate facts’ had become common lingo. When listeners and readers were constantly forced to question the reliability of both the media and the media critics.”

COVID-19 has led to all kinds of new conspiracy theories involving China, the U.S., Bill Gates, 5G networks. Social media provides a platform for these speculations. Further, the fragmentation of news sources has meant consumers can select what they want to be exposed to, based on their political leanings.

That’s how you get people in positions of power declaring the coronavirus a hoax. Or not-physically-distanced crowds doing protest squats demanding that gyms be reopened. Or demonstrators confronting hard-working health care workers outside hospitals, calling for an end to the shutdown.

A coming documentary Plandemic features an author/disgraced scientist who blames a conspiracy involving Gates (again), big pharma and the World Health Organization. A video clip from the doc received millions of views on YouTube before being taken down this week for making false claims.

Conspiracy theorists are not just out-there people with different beliefs; they can be a danger to society. Today, in the midst of a deadly pandemic, their demands are being heard and considered, particularly in the U.S., by voters and by government officials who are responsible for decisions that will affect all of our lives.

Reichs’s novel takes a look and a whack at these conspiracy theorists, offering a fascinating window into the lies they peddle, and the people – maybe gullible, perhaps desperate – who buy into them.

The Globe Book Club virtual event will take place Wednesday, May 20, at 8 p.m. EST at tgam.ca/bookclub. Reichs will also answer questions from Globe and Mail readers, so please submit them to bookclub@globeandmail.com. 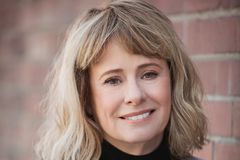 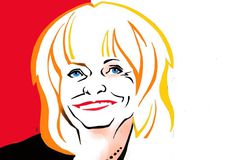