Jacqueline Baker’s The Broken Hours is Esi Edugyan’s choice for the latest Globe and Mail Book Club for subscribers. Every week, Globe Books will look at themes drawn from the novel to spark discussion among readers. This week, Russell Smith looks at H.P. Lovecraft and the differences between fan fiction, parallel fiction and books that fictionalize the life of another author. Have you enjoyed other books that inhabit another author’s world? Let us know in the comments below. And to get tickets for our subscriber-exclusive Book Club event on Nov. 28 in Vancouver, register here.

“The oldest and strongest emotion of mankind is fear, and the oldest and strongest kind of fear is fear of the unknown,” begins H.P. Lovecraft’s famous essay Supernatural Horror in Literature, published in 1927. He spent a lifetime describing his characters’ fear, often conjoined with a sense of helplessness – a sense that they are acting in ways that they cannot control, merely sucked into a drama someone else is writing. “A certain atmosphere of breathless and unexplainable dread of outer, unknown forces must be present,” Lovecraft explained.

In most horror stories, and certainly in horror movies, the fear we experience is at its greatest before the monster is revealed, before the explanation of what’s causing the doors to slam and the curtains to twitch is explained. It’s the unseen that is the most terrifying. Once we see the monster in the third act, the movie usually becomes a long chase sequence. Lovecraft did reveal some terrifying monsters – particularly the giant-octopus-like god Cthulhu – but most of his scenes, and his most atmospheric passages, precede the actual appearance of such creatures. They are descriptions of dread.

The latest Globe Book Club pick, Jacqueline Baker’s novel The Broken Hours, calls itself “a novel of H.P. Lovecraft,” but that “of” is ambiguous. Does it mean “by” or “about”? Is it a novel set in his fictitious universe – what we would now call fan fiction – or a novel about Lovecraft’s life? Lovecraft is certainly a character in it and this character’s life story closely follows that of the real author. In 1936 the writer was 46 and dying of cancer and living in Providence, R.I. (the same New England setting as many of his tales). But clearly we have also entered a Lovecraftian universe here – a place of invisible forces, dark secrets, malevolence that may or may not be explained by ghosts.

Read more: How author Jacqueline Baker came up with the idea for The Broken Hours

Globe Book Club: Learn more about Esi Edugyan’s selection and how to participate

Is this a novel, then, about a certain kind of literary style? When the protagonist of The Broken Hours, the perennially confused and down on his luck Arthor Crandle, first lays eyes on the gloomy mansion where his new employer, a reclusive writer, is said to live, he thinks, that, “… while handsome, there was something unwelcoming about it, too, tucked away there in the trees behind the university, a kind of squat and sublimated misanthropy.” When no one answers the door and he pushes his way inside, “My first impression was of gloom.”

Compare this line from The Fall of The House of Usher by Edgar Allan Poe: “I know not how it was – but, with the first glimpse of the building, a sense of insufferable gloom pervaded my spirit.”

A book that is inspired by another book or makes reference to another book is said to have an intertext. One can find intertexts in every single book if one looks, as books are largely inspired by others, but some texts are more intertextual than others. This is a book that exists almost entirely in a universe created by other books; it is a love letter to those books.

Theorists also use the term “parallel fiction” to describe stories that steal characters or settings from other works. The works that serve as inspiration or sources are usually canonical. The Wide Sargasso Sea, by Jean Rhys, is a prequel to Jane Eyre, presuming to tell the original story of Mr. Rochester’s sequestered wife. Gertrude and Claudius, by John Updike, is a novel about Hamlet’s mother; Tom Stoppard’s Rosencrantz and Guildenstern Are Dead is a play about those two minor characters from the same play. (Really the only difference between the terms fan fiction and parallel fiction is that the latter is used about highbrow literary fiction rather than about genre fiction.)

There isn’t a word to describe novels that fictionalize the life of another author, though there are many of those: The Hours by Michael Cunningham (Virginia Woolf), The Master by Colm Toibin (Henry James), Nothing Like The Sun by Anthony Burgess (William Shakespeare), Studio Saint-Ex by Canadian Ania Szado (Antoine de Saint-Exupéry). And there should be an even cleverer phrase for the super-meta-modern practice of writing a story with a fictitious character who is in fact the author of that same novel. Paul Auster’s City of Glass is perhaps the most tortuous of these, as it involves several variants of a writer character named Paul Auster. The practice can seem self-hating as well as self-aggrandizing: French provocateur Michel Houellebecq’s novel The Map and The Territory includes a character called Michel Houellebecq who is an unattractive but famous writer and he is gruesomely murdered and dismembered early on.

Although there is a nod, in The Broken Hours, to the cosmic god Cthulhu – an unexplained giant tentacle that washes up on the beach – actual monsters do not appear in this book. The main problems of this book are real, not magical ones: absent families (Lovecraft’s and Crandle’s) are as significant drivers of despair as the supernatural is; the poverty of the Depression is Crandle’s motivation to arrive in this dismal place to start with, and the sense of grime and scarcity that covers the whole country is epitomized by the cold and dirty house where most of the action takes place. The stresses that afflict the characters are psychological rather than supernatural. So what Baker has done is not write a novel by H.P. Lovecraft, but rather inhabited a location and a style – a gorgeously, pitch-perfectly archaic one – to write her own novel, a novel of lost family and love.

Many readers of The Broken Hours have said that they find the ending puzzling. What exactly has happened at the end of this book is indeed a fertile subject for discussion – but an equally interesting conversation can be had addressing the question of whether endings need to be clear and conclusive. Is it possible that a writer might want to imbue an ending with a sense of mystery, as a statement about the strangeness that permeates the real, as it has done the length of this narrative? 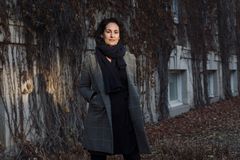 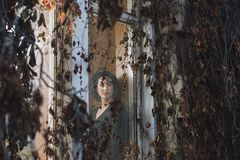 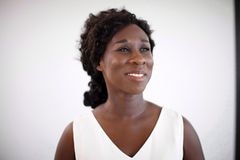