Join The Globe and Mail on Wednesday, Sept. 23, at 7:30 p.m. for a livestream conversation between Margaret Atwood and Thomas King.

Sept. 23: Margaret Atwood returns to host the Globe's book club with guest Thomas King, the author of Indians on Vacation, The Inconvenient Indian, and Obsidian. Join Atwood and King for a livestream ⤵️

Before I get into the meat of this essay on “How Indigenous writers are changing crime fiction,” there must be a disclaimer or two. Despite the fact I write crime fiction and won a 2020 Arthur Ellis Award for Excellence in Canada for crime writing (Best Novella for The Red Chesterfield), I’m no expert on the genre. That’s Disclaimer 1. My reading tastes are varied and I consume as much crime fiction as I do other genres. To be honest, I can’t sustain my interest in a series past Book 5, let alone Book 26, never been a big fan of cozies (how many murders can a small town handle on a regular basis?) and still don’t understand the difference between hard-boiled and noir no matter how many times someone explains it to me.

Further, as a crime writer of Cree and French Canadian descent, I’m expected to be a source of information and opinion on Indigenous crime fiction. Some even expect me to be super knowledgeable about Indigenous writing in other genres.

So when I was asked to write an essay about “How Indigenous writers are changing crime fiction” my first thought was (and probably still is): I have no idea. Also, why me?

I’m being facetious; I do know why me. In Canada, there are two writers who define ourselves as 1) Indigenous, and 2) crime writers. One of them is me and the other, Thomas King, didn’t even use his own name when he debuted the first book in his Thumps DreadfulWater mystery series. Of course, everyone knew Hartley Goodweather was Thomas King, but for some reason someone thought his real name would confuse readers and not sell books. We know now this made no sense, because the crime books bearing his actual name are selling like crazy.

There are also a number of Indigenous writers who have written fantastic works that have excellent crime elements such as Katherena Vermette’s The Break, Carol Rose GoldenEagle’s Bone Black, Eden Robinson’s Blood Sports, David A. Robertson’s Reckoner trilogy and some of Richard Van Camp’s short fiction. But you don’t find their books in the crime/mystery section. So when Margaret Atwood picked Thomas King for The Globe and Mail Book Club, I was the first person they came to.

And that is the problem. There is a crime fiction sub-genre that features Indigenous protagonists and Indigenous themes. It’s a highly lucrative sub-genre with millions of books sold, TV and movie adaptations, and tons of media coverage and reviews. This sub-genre is more commonly known as Native American Mystery and the key element is that most of the writers who write these Native American mysteries aren’t Native American in the first place.

Tony Hillerman, Anne Hillerman, Margaret Coel, Thomas Perry, Kathleen and Michael Gear, Aimée and David Thurlo, M. J. McGrath, James D. Doss et al. These are the authors many associate with crime novels featuring Indigenous peoples (and the Inuit in the case of McGrath), protagonists and themes. Things are changing, as in The Globe’s Book Club featuring Thomas King’s mysteries, and the great coverage and reviews for Winter Counts by David Heska Wanbli Weiden. (Fantastic book!) But the list of non-Indigenous writers completely dominates. They are the ones who hit the bestsellers lists, receive the biggest advances, get the majority of media coverage and reviews, and win the most awards.

And no matter what any of their intentions are, how much research they do and/or how many Indigenous people or Inuit they interview to help shape their characters, almost all of their novels are versions of the ethnic sleuth mystery with varying degrees of stereotypes about Indigenous people. Characters tropes such as the Stoic Warrior, the Uncanny Tracker, the Wise Elder and the Magic Indian/Shaman play key roles in many of these novels.

I’m not saying these writers shouldn’t write these books. Disclaimer 3: I agree (pretty much) that writers are allowed to write (pretty much) what they want. But the over-reliance of these books to represent the stories and voices of Indigenous peoples in crime fiction is a form of erasure. These books are so popular, especially those written by Tony Hillerman (named New Mexico’s 22nd richest person due to the success of his Leaphorn and Chee mysteries), that they’ve become canon. The crime fiction industry considers Hillerman’s work to be highly influential. He was named a Grandmaster by the Mystery Writers of America in 1991 and is held up as an example of how Native American/Indigenous crime should be written.

“It’s never healthy for any small number of writers to be the template for a genre, as it erases the important perspectives, voices and contributions of so many others. And it creates a vicious cycle, as readers find these works appealing and have little appetite for more complex, nuanced, and culturally relevant works that don’t reinforce popular stereotypes,” says Daniel Heath Justice, the Canada Research Chair in Indigenous Literature and Expressive Culture at the University of British Columbia and author of Why Indigenous Literatures Matter. “When that happens, publishers are hardly likely to support the accurate stories over the flawed but profitable ones. It also makes white fantasies about Indigeneity the ‘authentic’ standard, and Indigenous stories that don’t uphold white prejudice somehow less legitimate.”

But let’s go back to the original request for this piece: “How Indigenous writers are changing crime fiction.” The answer: It’s not our responsibility. All Indigenous crime writers can do is write the best novel they are able to write. That’s it. Even if they are influenced by Hillerman et al, that’s fine as long they are writing the best novel they can. That’s all they can do; that’s all any writer can do. Change will not come if the publishing industry continues to centre on non-Indigenous writers of books (as well as TV and movies) featuring Indigenous characters and themes.

Crime fiction can become more diverse and interesting to a wider range of readers but it can’t come from just the writers. Change must come from within and to the system that sells and promotes it.

Wayne Arthurson is a writer of Cree and French Canadian descent. He is the author of five novels. The Red Chesterfield won the 2020 Arthur Ellis Award for best crime novella. 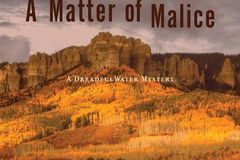 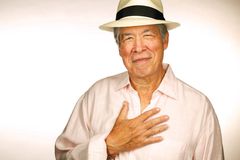 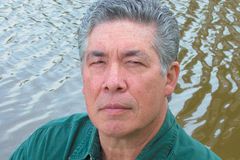 Thumping good entertainment
April 22, 2006
Story shaman
September 17, 2005
Trust the tale, not the teller
December 6, 2003
Follow us on Twitter @globebooks Opens in a new window
Report an error Editorial code of conduct
Due to technical reasons, we have temporarily removed commenting from our articles. We hope to have this fixed soon. Thank you for your patience. If you are looking to give feedback on our new site, please send it along to feedback@globeandmail.com. If you want to write a letter to the editor, please forward to letters@globeandmail.com.
Comments