A Harvard professor has taken home US$75,000 for McGill University’s Cundill History Prize. At an event at the Montreal Museum of Fine Art on Thursday night, the prize jury announced Maya Jasanoff as the winner for The Dawn Watch – Joseph Conrad in a Global World (Penguin Random House), her in-depth modern history of the famed author behind Heart of Darkness.

In awarding the prize (the jury included The Globe and Mail’s Jeffrey Simpson) chair Mark Gilbert said Jasanoff’s book “is a striking portrait of an exceptional man and his times. Maya Jasanoff is a visitor in Conrad’s world, a recreator of it and in some ways its judge. Capturing this world required remarkable research, an eye for telling detail, a roving spirit similar to Conrad’s own, and a gift for historical narrative.”

Jansaonoff, the Coolidge Professor of History at Harvard University, is no stranger to the Cundill: She was also a finalist in 2011 for her second book Liberty’s Exiles: American Loyalists in the Revolutionary World, which was indeed the winner of the National Book Critics Circle Award for Non-Fiction that year. Her first book Edge of Empire won the Duff Cooper Prize in 2005.

The Cundill, which is in its 10th year, also awarded $10,000 to the two finalists, Pulitzer Prize-winner Caroline Fraser for Prairie Fires: The American Dreams of Laura Ingalls Wilder, about the Little House on the Prairie author, and Ohio State University professor Sam White for A Cold Welcome: The Little Ice Age and Europe’s Encounter with North America, which examined climate’s effect on the first European settlements in the New World.

Below, read an excerpt from The Dawn Watch:

In this book I set out to explore Joseph Conrad’s world with the compass of a historian, the chart of a biographer, and the navigational sextant of a fiction reader. I tell his life story to link the histories of Europe, Asia, Africa, Latin America, and the oceans in between, and to consider what Conrad said about them in four of his best-known novels: The Secret Agent, Lord Jim, Heart of Darkness, and Nostromo.

“Everything about my life in the wide world can be found in my books,” Conrad once said. Already in Conrad’s lifetime, and with Conrad’s blessing, the critics Richard Curle and Gérard Jean-Aubry published accounts of Conrad’s early travels and their influence on his work. Conrad’s most insightful later critics, Edward Said and Ian Watt, also recognized that the key to interpreting Conrad’s fiction was to read it biographically. Not that Conrad made it easy. He let people believe that some stories were autobiographical when they weren’t, and he concealed parts of his past that inflected others.

Yet biographers often don’t have much more to go on. The Collected Correspondence of Joseph Conrad fills nine meticulously edited volumes, totaling some five thousand pages in all. A mere two hundred pages cover the period from Conrad’s birth in 1857 until he published his first novel in 1895. That’s just 4 per cent to document more than 50 per cent of his life, and the entirety of that “life in the wide world” that he said inspired his work. The literary historian Norman Sherry did hero’s service in the 1960s by hunting down specific sources for Conrad’s fiction. But it’s little wonder that the many major biographies of Conrad—by Jocelyn Baines, Frederick Karl, Zdzisław Najder, and John Stape—concentrate on the far better-documented details of his literary career: his writing process (tortured), his finances (precarious), his literary friendships (warm), his domestic life (quiet), his relationships with his agent and publishers (mixed), his physical and mental health (dreadful).

To investigate Conrad’s “life in the wide world” I’ve followed a different clue. “History is made by men, but they do not make it in their own heads,” says an armchair philosopher in The Secret Agent. The line takes a satirical dig at Karl Marx’s observation that “man makes his own history, but . . . he does not make it out of conditions chosen by himself.” The difference between biography and history is that biographers generally start with the person, while historians generally start with the conditions. If looking at Conrad as a biographical subject opens up a history of globalization from the inside out, approaching him as an object of history has let me shape a biography from the outside in, distinguishing the choices he made from the ones that circumstance made for him.

The difference between fiction and history is usually seen as a matter of facts: novelists make stuff up, historians don’t. A better way to characterize the difference might be to consider points of view. Historians don’t go where sources don’t lead, which means they usually stop at the door to somebody’s mind. Even when diaries or letters seem to “tell all,” historians typically treat what happened as one thing, and what somebody made of it as another. Novelists walk right in and roam freely through a person’s feelings, perceptions, and thoughts. What happened is what you make of it. That, Conrad argued, could make fiction the truer record of human experience. “Fiction is history, human history, or it is nothing,” he said. “But it is also more than that; it stands on firmer ground, being based on the reality of forms and the observation of social phenomena, whereas history is based on documents . . . – on second-hand impression.”

Conrad’s novels are also more than that, which is one reason he hated being labeled a sea writer. (He didn’t like Melville either, judging Moby-Dick “a rather strained rhapsody with whaling for a subject and not a single sincere line in the 3 vols. of it.”) “I am something else, and perhaps something more, than a writer of the sea—or even of the tropics,” he insisted. In all his writing, wherever it was set, Conrad grappled with the ramifications of living in a global world: the moral and material impact of dislocation, the tension and opportunity of multiethnic societies, the disruption wrought by technological change. In an implicit challenge to the Western liberal ideal of individual freedom, Conrad believed that people can never really escape the constraints of forces bigger than themselves, that even the freest will can be hemmed in by what he would have called fate. His fiction often focuses on characters who confront some critical choice, only to face consequences more far-ranging than they ever imagined. Conrad’s novels are ethical injunctions. They meditate on how to behave in a globalizing world, where old rule books are becoming obsolete, but nobody’s yet written new ones.

Any great writer generates lots of interpretations and reactions, and Conrad is no exception. Whole books have been written on aspects of his life and fiction that I scarcely touch on here—notably his literary influences and relationships. Your Conrad may not be the same as mine. Maybe he’s your favorite author, maybe you can’t stand him, maybe you’ve never heard of him, or never read a word.

Often enough I’ve questioned my own attachment to this dead white man, perpetually depressed, incorrigibly cynical, alarmingly prejudiced by the standards of today. As a woman I balked at spending so much time with an author whose fiction was so short on plausible female characters it seemed like he barely realized that women were people too. As a half-Asian, I winced at Conrad’s exoticized and often denigrating portrayals of Asians; as a half-Jew I bridled at his occasional but undeniable anti-Semitism. I lamed myself in Poland following in Conrad’s footsteps and got violently seasick on a tall ship sailing in his wake—and that was before whatever awaited me in Congo. I failed spectacularly to read Nostromo the first time I tried, and tossed through so many sleepless nights trying to compose this book that I feared the malicious spirit who’d made writing an agony for Conrad had come in turn for me.

Then I recalled the warm, peaceful days I’d spent on Christophe Colomb, when the sheer beauty of daybreak over the sea enticed me out of bed early every morning to watch the dawn. I could imagine Conrad on board, smart, witty, erudite, observant, a generous friend, devoted family man, and in places unexpectedly tolerant by the standards of his time. Whether I agreed with Conrad or not, I always found his company worthwhile. He brought to the page a more international and multiethnic assortment of voices than any other writer of his day that I knew. Like me, he was privileged to belong to the middle class of the leading world power of the age, and his books offered thoughtful engagements with the responsibilities and challenges that came with it. He was unafraid to reject truisms and call out exploitation, tyranny, and cant where he saw them. I remembered a phrase repeated mantra-like throughout Lord Jim: “He was one of us.” For better and for worse, Joseph Conrad was one of us: a citizen of a global world. 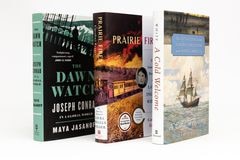 Historical writing is enjoying a boom. Here’s why that matters
Subscriber content
November 9, 2018 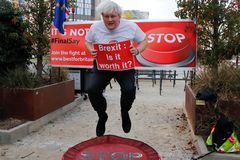 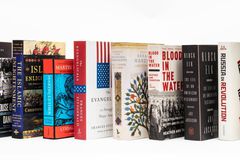