For someone who wrote the famous lyric; “I hope I die before I get old,” Pete Townshend isn’t showing many signs of slowing down as he approaches his 75th birthday.

The legendary guitarist for The Who has just released his first novel, The Age of Anxiety, which is loosely derived from his 40-plus years as a rock star. He’s also written an opera based on the book and designed an interactive art installation using artificial intelligence. There are plans for a film and a sequel to the novel. And if all that wasn’t enough, The Who is releasing Who, their first new album in 13 years, on Dec. 6, with a world tour to follow in 2020.

“You just line it up and do it,” Townshend said Thursday as he met a group of reporters at London’s Sloane Club. “This is part of the physics of what I do," he added in explaining how he juggles so many projects. "It’s a piece of cake. You just need a load of money, a really good promoter, the arrogance of thinking that people are going to buy tickets for it and then you do it.”

Looking relaxed in a grey T-shirt, black jacket and dark jeans, Townshend hardly fit the image of a budding author. He’s been the main songwriter, lead musician and chief visionary for one of the biggest rock bands of all time, selling more than 100 million records with hits like My Generation, Pinball Wizard and Baba O’Riley, as well as rock operas Tommy and Quadrophenia. And yet, his true love has always been writing.

“I didn’t want to be in this particular band,” he said bluntly. “I would much have preferred to be in a much smarter, artier band.” When a fan recently asked him to name his favourite Who concert, Townshend replied, “I wouldn’t have gone to see the Who, ever. They are not my kind of band. Corny, macho, bollocks.”

He has dabbled in print before and worked briefly at a publishing company where he helped edit several music books, including the memoir of Eric Burdon, lead singer of the Animals. He also befriended William Golding, author of Lord of the Flies, who once gave him a tip on writing – “short sentences.”

The novel draws heavily on his experiences in the music world and the current angst among his friends and neighbours over Brexit. “I discovered that there was this underlying, not just anxiety but a lot of just outright fear. Not for themselves but for their children and their grandchildren,” he explained, adding that he doesn’t support Brexit.

The hero in the book is a rock star named Walter who becomes a hermit and paints apocalyptic visions. There’s also a drugged-out art dealer, a beautiful woman with a violent past and lots of hallucinations, magic and soundscapes. One character, a wild guitarist named Crow, bears an uncanny resemblance to Keith Richards of the Rolling Stones.

While the title in many ways reflects the current state of Britain, Townshend said the overall theme of the book is hopeful. He wants to encourage people to “open our hearts to psychic messaging” and to better understand people who are different and radical.

The book and the related projects mark a return to his roots and his teenage years studying graphic design at the Ealing Art School in London. Music was only a diversion, and even after he’d written a hit song in the early 1960s for a band called the Detours, he wanted to keep studying. It was only when he asked a teacher for advice, and mentioned that he was earning £30 a week in the band, that he decided to give up school. Townshend recalls the instructor telling him, “Pete, that’s more than I make, and you should go and do it and then you can come back if it doesn’t work.”

The Detours were started by Roger Daltrey, a singer and local ruffian. “I was a boy who couldn’t fight, who was very, very nervous,” Townshend said. “I needed to be in a gang. So I joined this band that Roger Daltrey had founded. And he was the school bully, so I felt safe.”

The band became The Who in 1964, and over the decades, there were plenty of drugs, smashed guitars, ruined hotel rooms and the overdoses of drummer Keith Moon and bassist John Entwistle, who died in 1978 and 2002. One of the few highlights of touring were stops in Toronto, Townshend said. The city was among the band’s favourites, and “we had a superstition that we began and ended every tour in Toronto.”

Townshend and Daltrey continued touring with new lineups over the years, but the guitarist has never enjoyed performing. “I’m a bit like somebody that’s got a knack for making a really nice particular kind of chair. I can just do it, and I don’t have to think about it,” he said. The Who’s fans “defined us in our first couple of years, so it was very difficult for us to evolve.”

The band’s fan base hasn’t evolved either and remains largely male. “I used to say to the other guys in the band, ‘Let’s not have any women in the audience because they are fickle,’” he said. “Boys don’t do that. Once they have their football team, they stick with them for life.”

He has lost much of his revolutionary zeal over the years and now looks back with nostalgia at his rebellious anthem My Generation. He wrote the song after a wealthy woman cut in front of him while he was buying a pint of milk. “I thought just because you’ve got money, just because you’ve got the big hair and the fur coat you can’t do that,” he said. The song wasn’t about revolution, he said, it was about drawing a line between generations and saying “we’re not like you and we never will be.”

These days, he’s become more comfortable with his wealth. He still calls himself a socialist, but he won’t vote for Labour in the upcoming British election because Jeremy Corbyn targets the rich. “I’ll be back where I was in 1973 where I had no money at all,” he said. “I’m happy to pay high taxes but I do want to be left a little to be able to live well ... I’ve got a soft underbelly now.” 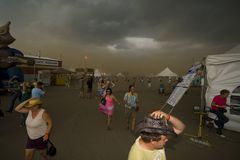 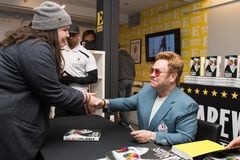 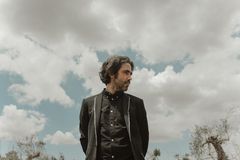