Can the living haunt the dead? It’s a question Irish poet Doireann Ni Ghriofa began to ask herself while in the grip of an obsession with the 18th-century noblewoman Eibhlin Dubh Ni Chonaill, whose poem The Keen for Art O’Leary was a reaction to the 1773 murder of her Catholic husband under Ireland’s Penal Laws. Full of rage and grief, it is also profoundly visceral: After Art’s horse carries his wife to his bullet-ridden body, she reacts by drinking mouthfuls of his blood. Some consider it the greatest poem of its era – which, in a land as profoundly literary as Ireland, is saying something.

Ni Ghriofa first encountered the poem as a child at school, then again as a teenager, when its blend of death, passion – and, presumably, blood – tapped her adolescent craving for dark sensuality. (It’s a formula that worked for the Twilight series, which has rarely been accused of being high art.)

But it wasn’t until she had a family of her own that the poem – or, more specifically, Ni Chonaill (whose given name is pronounced, depending on the speaker’s dialect, as Eileen, Evelyn, or Ellen Dove) – took hold of Ni Ghriofa and refused to let go. Her latest book, A Ghost in the Throat, is Ni Ghriofa’s account of the long, strange course of that possession and her attempt to locate its contours.

“I was exploring within the book that sense of disorientation and trying to make sense of things in a rational way,” she says, “but I’m not a very rational person, so I think I probably failed with that a lot of the time.”

Ni Ghriofa, who has several well-received poetry collections under her belt, knew that telling this story would require prose’s broader canvas. Unsurprisingly, the prose itself is frequently poetic. It’s also electrifying and genre-bending. Some have labelled it autofiction, but that doesn’t quite feel right, since the book’s Doireann Ni Ghriofa isn’t a character separate from the author – and the events depicted, however strange, all really happened. It was first published last year in the U.K., where it received near-universal praise, reviewers bandying about terms like “luminous” and “otherworldly.” This year, A Ghost in the Throat was shortlisted for the Rathbones Folio Prize. Having arrived on North American shores, courtesy of Windsor, Ont.-based publisher Biblioasis, it has already hit the ground running with a glowing review in the New York Times.

Parking lots, improbably, played an outsized role in the book’s genesis. It was on a rainy day in 2012, in a lot near her son’s school, that Ni Ghriofa reread the poem – and, in so doing, unknowingly began her journey with it. Last year, she recorded an introductory video to the book from inside her car, where much of it was written. It’s perhaps not the room of one’s own Virginia Woolf envisaged, but for Ni Ghriofa, who had four children under 6 at the time, it offered a much-needed oasis.

Ni Ghriofa and her husband moved to the rural part of County Cork, where they currently live following a series of renovictions – the same area, she soon realized, where Art O’Leary was buried and where Ni Chonaill had thus once roamed. When Ni Ghriofa read the poem in the parking lot that day, two things immediately struck her: its evocative descriptions of the landscape all around her, and the fact that Ni Chonaill (like Ni Ghriofa herself at the time) was pregnant with her third child – a detail the poet’s teenaged brain had apparently deemed unnecessary.

Ni Ghriofa soon became a regular at the local library where, children in tow, she began chasing down the poem’s many translations. Unsatisfied, she eventually undertook her own. She slept with a copy under her pillow so she could read it at night while nursing. She read it, too, while pumping breast milk for the local milk bank. If Ni Chonaill’s poem was birthed in blood, Ni Ghriofa’s book was birthed in milk.

She started visiting Ni Chonaill’s lifelong haunts, throwing herself – literally at times – against the earth the poet had walked on, listening to her “voice springing back from the stone walls that once witnessed her voice, too.” At Raleigh House, Ni Chonaill’s marital home, Ni Ghriofa hit a wall: The current owner, apparently unmoved by her passion, refused access. Still, by the end of the book, Ni Ghriofa effectively collapses the space between herself and her quarry: Ni Chonaill no longer seems like a mythical, blood-quaffing figure from a distant epoch, but rather a grieving mother separated from us merely by the banal drip of days.

The book’s title conveys the uncanny feeling Ni Ghriofa had while writing the book, of having another’s voice emanate from her own throat (though apart from a couple of instances of gap-filling historical fantasy, she never presumes to speak for Ni Chonaill). In her search for coincidences and omens, she admits she sometimes got confused about what was real and what wasn’t, a blurring apparent in subtle shifts in the book’s language. Ni Ghriofa talks, for instance, of putting the dead poet’s “needs over mine,” giving up food and sleep for her. In her devotion to her children, her husband (about whom Ni Ghriofa writes with rare passion, much like Ni Chonaill did about hers) and even to the strangers for whom she pumps breast milk, Ni Ghriofa exhibits a kind of radical empathy – and yet her “relationship” to Ni Chonaill seems to inhabit a different sphere entirely.

A feeling of tangible connection to the distant past is, to a degree, normal for Ni Chonaill, whose family has farmed the same land in County Clare for generations. Her grandmother, she says, would tell stories of people “who had been and gone centuries before us as though they had just walked out the door.” Since the book was published, readers have written to her professing to know where Ni Chonaill is buried. She reads these claims attentively, but has yet to crack out a spade.

The phrase that bookends Ghost – “this is a female text” – became Ni Ghriofa’s mantra whenever she found herself doubting the project. Indeed, the book is also about the erasure of women – from history, from art. Case in point, The Keen for Art O’Leary was only transcribed after being passed down orally, and there exists no contemporary portrait of Ireland’s greatest 18th-century poet. At one point, while sifting through official and family archives, Ni Ghriofa decides to perform her own act of erasure by “whittling each letter and document until only the lives of women remain.”

Ni Ghriofa’s quest sometimes feels like DNA-sleuthing, but with earth and texts taking the place of cheek swabs. By book’s end, she’s managed to place Ni Chonaill’s grandson, Goodwin Purcell, a doctor who seems to have shared his ancestor’s fiery temperament and intelligence, in the same university medical department where Ni Ghriofa herself dissected a cadaver during the year when, in a fit of youthful rebellion, she enrolled in dentistry school. (It’s here the book reveals its only Canadian connection: B.C.’s Purcell Mountain range was apparently named after Goodwin).

Throughout it all, Ni Ghriofa dabbles in notions of karma, reciprocity and closing loops. Her relationship with Ni Chonaill is one such loop, but Ni Ghriofa also wants to pay it forward – with her donations of milk, for instance, or through her decision while writing the book to donate her body to the same medical program where she dissected that cadaver, with the goal “to orchestrate a moment of my future in which my body will echo a moment from my past.”

The final act of reciprocity may be that one great work has ultimately spawned another. Ni Ghriofa’s book wouldn’t exist without Ni Chonaill’s poem, in the same way the poem wouldn’t exist without the death of Art O’Leary: both are rooted in agonizing, exquisite emotion. Though she now talks about her obsession in the past tense, more a decade on, Ni Ghriofa admits it has yet to fully release its hold on her. For now, she finds herself amazed and deeply moved by the book’s reception, and by the fact that Ni Chonaill is finding a global readership: alongside forthcoming translations into languages including German, Czech, Turkish, Dutch and Korean, the poem will also appear in original Irish at the back of each copy of A Ghost in the Throat.

Her personal quest having finally come to an end, Ni Ghriofa yearns for a successor, someone bold enough to knock on the door of Raleigh House, say, and insist on being let inside. “I’m convinced that this Indiana Jones character at some stage may show up and find out much more than I did,” she says. “And I will welcome that. But Indiana Jones hasn’t shown up yet.” 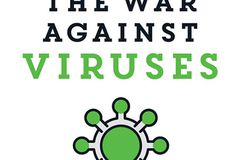 Peter Mansbridge memoir ‘Off the Record’ to look back on life and journalism career
June 29, 2021 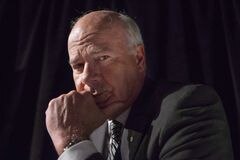 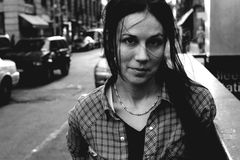