More than three decades ago, Bertha Wilson and then Claire L’Heureux-Dubé were selected for the top jobs in the Canadian judiciary. In Two Firsts (Second Story Press; 238 pages), author Constance Backhouse does a fine job of showing us how truly transformative and difficult it was, both for the women and the country. The book is set up largely chronologically, using telling detail to sketch the beginnings of Wilson and L’Heureux-Dubé in (respectively) Aberdeen, Scotland, and Quebec. Both women benefited from the “tenacity” of their mothers in making sure their daughters received the best available education; Wilson’s mother took in boarders to pay her daughter’s University of Aberdeen tuition and L’Heureux-Dubé’s mother paid her law school “$150 registration fee from her housekeeping money.”

Two Firsts continues to outline their journeys, mostly in alternating Wilson/L’Heureux-Dubé chapters; later sections address specific topics in more depth, such as “Practising as a woman,” “Contrasting family lives” and “The conundrum of feminism and the complexities of race.”

Feminism is certainly a confounding conundrum explored in Two Firsts; both women were loath to be identified as feminists. This kind of reluctance might seem hard to understand, knowing how much opposition they faced as women; when Wilson was appointed, one of her Supreme Court colleagues said: “No woman can do my job.” But as Backhouse notes, “there were risks to self-identifying as a feminist” as it was painted by some as “a form of bias” – accusations of which Wilson asserted would make her “totally useless as a judge.”

Wilson, the first first, was appointed by Pierre Trudeau. His initial inclination to appoint a woman (it was 1982, and Sandra Day O’Connor had been appointed to the U.S. Supreme Court a year earlier) was met with “a chorus of opposition” but Trudeau was urged by one law professor to “make history.” He did. Brian Mulroney appointed L’Heureux-Dubé five years later. She took some time to consider the offer and consult with colleagues; when she caught wind that she was “opposed by some Supreme Court judges,” L’Heureux-Dubé “decided right then to accept the appointment.”

Both women experienced a reception from their male Supreme Court colleagues ranging from chilly to rude (with one friendly exception). Both were part of notable Supreme Court decisions on abortion, prostitution and sexual assault (to name a few), sometimes as eloquent dissenters. And, both showed “gaps in understanding” on issues of race. Backhouse notes: “Canadian legal authorities overlooked racism unless there was overt name-calling. It was something that neither of the two first women judges understood or strove to change.”

Backhouse depicts Wilson and L’Heureux-Dubé as the admirable pioneers they were, and as individuals fully capable of human frailty. Two Firsts is exactly the kind of well-researched, currently relevant, straightforward, non-memoir non-fiction that gives the genre such power. It’s not a biography of either woman, but a well-told story of the similar extraordinary circumstances that made both of them “firsts,” and how this big job played out in each of their lives and in the life of Canada. The Globe and Mail spoke with Constance Backhouse about her work.

Do you think more women (and members of other traditionally excluded groups) in the legal profession will eventually help “dismantle discrimination”? Beyond the power of being among the “firsts,” how do you think change could happen?

If there is strength in numbers, we should be at a point in law where gender was no longer a factor. There have been improvements since the time of Wilson and L’Heureux-Dubé. But that we have not fully eradicated discrimination – on gender, race, ethnicity, religion, disability and sexual identity – should be apparent to anyone who cares to inquire. If there are lessons from Two Firsts, it is that no matter how brave and talented and tenacious any particular individual may be, true change comes from the force of wider social movements demanding reform. It is communities, working collectively, that create lasting change.

Are there Canadian women from the past who were involved with the legal system (e.g., people such as first Canadian female lawyer Clara Brett Martin as well as Euphemia Rabbitt, Ellen Rogers and Nellie Armstrong from your earlier book Petticoats and Prejudice) you would like to have the chance to interview?

You named all of my favourites in your question, but let’s just think for a moment about Ellen Rogers. She believed so deeply in her right to be free from violent sexual assault that she sought criminal prosecution of the drunken group of men who broke into her Toronto brothel late on the evening of Dec. 13, 1858, and gang-raped her. It was so remarkable for a woman described as a “fallen woman” to report rape that even the prosecutor tried to make the argument that she must be a credible witness because the whole thing was unheard of. Ellen Rogers was held in jail for the duration of the trial. She was denied translation assistance although she was a francophone who spoke English with difficulty. She was ridiculed by the defence counsel and mistreated by the prosecutor and the judge. She was laughed at and jeered by an unruly and abusive crowd of observers in the courtroom. Her assailants were all acquitted. Yet she stood in the witness box, speaking through tears, and demanded her right to be free from forcible rape.

Wouldn’t it be fascinating to be able to time travel, and bring Ellen Rogers forward to a Toronto courtroom in 2019, to see the other women who have come forward so bravely, and stood up to testify about sexual assault? The acquittals still roll in, but the women have not stopped speaking. Ellen Rogers would be rightly proud. And wouldn’t we love to ask her what she thought about the #MeToo movement?

And to ask Clara Brett Martin, Canada’s first woman lawyer, what she would make of the fact that most Canadian law schools now train [classes of] law students [that] are 50-per-cent female. What would she think about the careers of Bertha Wilson and Claire L’Heureux-Dubé, whose experiences in law school, legal practice and the judiciary were marred by acts of sexist discrimination that paralleled her own obstructed entry into the profession? What questions would Clara Brett Martin want to ask of us – the later generations – in terms of our efforts to eradicate discrimination of all forms? Would our appalling 20th-century history with anti-Semitism (and counting) cause her to rethink her earlier anti-Semitic comments?

White Fragility: Why It’s So Hard for White People to Talk About Racism by Robin DiAngelo (Beacon, 2018): an extraordinary contribution by an anti-racist educator.

The Rebellious Life of Mrs. Rosa Parks by Jeanne Theoharis (Beacon, 2013): a fascinating description of the life of a woman we all thought we knew. How wrong we were. This is women’s history at its best. 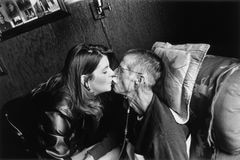 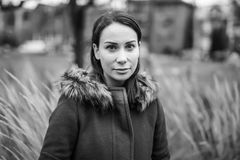