If you’ve spent much time watching TV lately – and let’s be honest, who hasn’t – you may have noticed we’re in the midst of a magical historical boom. Enchanted, if you will, by the time-travelling intrigues of A Discovery of Witches, enthralled by the epic sweep of Shadow and Bone, and moderately entertained by the uneven, if watchable, Sherlockian oddity of The Irregulars.

If you’d like to cast the same spell over your bookshelves, the most obvious place is to begin with the excellent novels upon which the first two of these shows are actually based. (A Discovery of Witches and Shadow and Bone are both trilogies, so consider yourself triply blessed there.) If you’ve already enjoyed those, however, we’re happy to report that this spring’s new releases are replete with more examples of this genre-bending literary escapism. Some are fully doused in the supernatural, others merely sprinkled with a soupcon of the uncanny, and all ensure a journey into the past that is unlike any you undertook in history class. Unless you went to Hogwarts, of course.

In 1972, three men keeping the light at The Maiden Rock – an outpost of a lighthouse, perched in the sea off England – disappear, seemingly into thin air. The table is laid for dinner, two clocks stopped at precisely the same time, the door locked from inside. Based on a true story (although that one happened off Scotland in 1900), this is the story of the women they’ve left behind and their quest to unravel this mystery. Twisty and spooky, this one will send shivers down your spine the next time you see a lighthouse’s lamp flashing through the fog.

Build Your House Around My Body, Violet Kupersmith (Random House)

In 2011, a Vietnamese-American woman goes missing from her apartment in Saigon, the night after her boyfriend dreamt that she had turned into a rubber plant. Beyond that, there’s almost nothing we can say that’s not a spoiler for this magic-inflected novel, deeply stepped in Vietnamese folklore, that weaves together generations of a family’s history into something that is fiendishly clever, intricately constructed and dryly hilarious.

When Maeva’s child is born with blue skin and webbed feet, she knows her own secret will soon be out. (Hint: Her husband found her perched on a rock by the ocean, her red hair reminiscent of a certain Disney amphibian princess.) As the child grows, hidden from judgmental villagers who have abandoned the old gods, so do Maeva’s fears – and her sense that The Fates have something unusual in store for her daughter. Set in old Norway, where shapeshifters and wise women live alongside fishermen and farmers, this Canadian debut is a magical new entrée into the world of Norse mythology and Scandinavian history.

Before the U.S. Civil War was won, Hetty and Benjy Rhodes were conductors on the Underground Railroad, supplementing their own wit with a little magic. The conflict over, they’re turning that same skill set to solving crimes, with a sub-specialization in mayhem involving strange circumstances like, say, curses. Their latest case? A killer who stalks the streets of Philadelphia’s Seventh Ward, striking fear into the heart of the community they call home. A clever whodunnit and an assured debut, this is something fans of Murdoch Mysteries will gobble up – although William Murdoch wishes he had half the powers this duo does.

It is the day of Deka’s “blood ceremony,” a tradition in her West African village that will decide whether she is welcomed into the tribe – or put to death. When her blood runs gold, signalling she is impure, the 16-year-old is aghast but not surprised, having been gifted with an unusual intuition. But before she is executed, she is offered the chance to serve the emperor in an army of girls. What happens next is the start of an inventive, immersive trilogy that will gloriously fill the Shadow and Bone-shaped hole in your life.

The Wolf and the Woodsman, Ava Reid (HarperCollins)

When the Woodsmen come to Evike’s village, seeking a seer to save the kingdom in crisis, she’s offered up as a sacrificial lamb. After all, she’s the only girl in her village without supernatural powers, and what better joke to play on the tyrant Christian king who has kept this pagan village oppressed for generations? A brutal, bloody attack by monsters (really) not far into the journey, however, means Evike and her captor, the one-eyed captain, find themselves thrown together in a strange quest. Weaving together Hungarian history and Jewish folklore, this is a dark fairy tale (seriously, it makes the Brothers Grimm look flippant) about an even murkier time in history.

If Harry Potter were set in 1930s Germany, but instead of quidditch there was something called le grand jeu, you might arrive at a clumsy approximation of this delicate, almost ethereal novel about a fateful year at Montverre, an elite institution dedicated to teaching this national game, a mix of science, art and something ineffably mystical that Collins cleverly leaves vague. Told from three perspectives – a disgraced party official, the school’s first female principal and a child who haunts the shadows – this is a love story and a tragedy, tied up in one truly surprising twist half-way through.

Reeling from the revelation that her husband has been cheating on her, Caroline finds herself in London and on a mudlarking expedition along the Thames. When she finds an old bottle, etched with mysterious hallmarks, she’s determined to get to the bottom of its history, if only to distract herself from the dumpster fire of her life. Within days, she’s poking around in forgotten tunnels, getting tantalizingly close to the bottle’s sinister past while, told in tandem, we get glimpses into the 18th century and the woman who used that very bottle to dispense her own sort of justice. Suspenseful with just a touch of the supernatural, this is the next best thing to poking around London’s imagination-stirring back alleys yourself.

If you’re even the slightest bit spookable, do not read this thriller-meets-ghost-story before bed, especially if you live alone in a house even vaguely similar to the sprawling, isolated former hotel where this is set. Weaving together two narrative threads – one set in 1929, when the property was a chic resort, another in the present, when it’s the site of a woman’s mysterious death – this gripping tale revolves around a natural spring, believed to grant wishes … but at what price? Delightfully creepy, and certain to keep you up past your bedtime, deliciously terrified of turning off the light.

This may sound like a stretch, but the real magic in this charming novel lies in its belief in the supernatural power of language. Specifically, the magic that exists when marginalized voices are honoured alongside those in the canon. Raised in the Scriptorium, the glorified shed where a team of academics are putting together the first English dictionary, Esme finds herself questioning why some words are included and others – specifically, the sort used by women in conversation – aren’t even considered. And so her “Dictionary of Lost Words” is born, a project that takes this sheltered Victorian woman into the streets – and into the throes of the suffragette movement. Based on research into the Oxford English Dictionary’s archives, this beautiful story will expand your vocabulary in more ways than one. 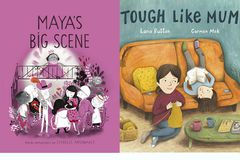 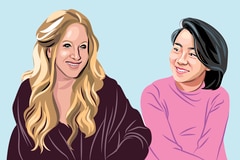 Spring 2021 books preview: 45 new titles for you and the young readers in your life
Subscriber content
May 3, 2021 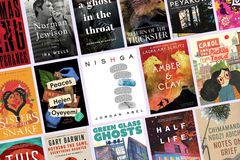