This may come as a surprise, but self-isolating on a Central Ontario First Nation can be quite boring. Especially when you consider that B.C. (Before COVID-19), I would’ve been returning from the sun-drenched hills of Albuquerque, N.M., at this very moment, fresh from IndigiPop X, essentially an Indigenous Comicon. There, amidst as many as 2,000 other IndigiNerds, I would have been wallowing ecstatically in a pop culture smorgasbord of film, music, gaming and panels discussing topics as diverse as how to develop a superhero, developing storylines throughout a comic book series, exploring the implications of the effects archetypes in pop culture have on communities and individuals, and the crafting of costumes for cosplay and film … all with Indigenous themes. Like most other things, it was cancelled. And I wept.

But I don’t need an Indigenous science-fiction convention to explore all that. Sitting in my living room, bored silly, I have decided to celebrate my own sci-fi festival. It will have practically everything the one in Albuquerque would, except our sci-fi will be locally sourced.

For my own personal opening night, I will screen Canadian Mi’kmaq filmmaker Jeff Barnaby’s new feature film, Blood Quantum, a horrifying tale about a zombie apocalypse where Indigenous people are immune to the undead-creating virus, making white refugees flock to the reserve seeking asylum. Sort of The Walking Red.

For my comic book fans, the third addition of Moonshot is now available. It’s an amazing sci-fi graphic novel highlighting original works by Canadian and American Indigenous authors who have a more exotic imagination. Richard Van Camp, Jay Odjick and Jennifer Storm are just three of those whose visions run rampant in this biannual release. Visually bold and narratively exciting, the print version will be out in June.

In the television seminar, Neeks (Native Geeks) discuss and dissect the Chakotay character from Star Trek: Voyager, using a sharp Indigenous scalpel. You see, the actor playing him, Robert Beltran, was not Indigenous. In fact, he was Mexican-American. It is accepted that most Latinos/Hispanics have some Indigenous blood, but as recent sociopolitical discussions have shown, there is more to being part of our posse than some random DNA.

Not to mention he comes from some poorly defined Central American pseudo-Mayan culture and the fact that he has technology … something that looks like a television remote … that can instantaneously put you in a vision quest, forgetting that part of the process is self-sacrifice and commitment. But he does have that cool facial tattoo that kinda looks like a bar code. The Status card of the future?

In one of my panel groups, we will discuss the fact that most people think of the First Nations of this country as always looking backwards in time as in where we came from, always trying to regain or re-establish what colonization has taken from us. Very seldom did people envision us turning that lens 180 degrees in the other direction, where we are going, what our future could be. Believe it or not, we do have one.

Therefore, a union of Indigenous and contemporary science-fiction motifs actually makes a lot of sense. Let me present my argument.

First of all, there are many stories about “star people” coming to Earth and interacting with First Nation people, in both my culture and many others.

Secondly, there are also similar adventures of First Nation people travelling up to the stars.

Thirdly, if you’ve ever seen the myriad petroglyphs and pictographs scattered across Canada (and other countries), it has frequently been argued some of those humanoid images could be more than simple imagery.

And finally, what people in North America have a better understanding of a strange, exotic race suddenly showing up out of nowhere with different technology and basically taking everything over? I have it on good authority it’s happened before.

So armed with that, Indigenous science fiction was inevitable.

My festival will also have a well stocked bookstore. Several years ago, knowing for a fact Indigenous people had a great love for the genre, I wrote a collection of sci-fi short stories that were published under the title Take Us to Your Chief and Other Stories. Around that time, other Indigenous authors who were paddling a warp-driven canoe though the nebula of speculative fiction suddenly began appearing. Metis author Cherie Dimaline’s The Marrow Thieves became a bestseller and won numerous awards, including the Governor General’s Award for Children’s Literature. Also very popular was Moon of the Crusted Snow by Ontario’s Waubgeshig Rice. Both novels explore a dystopian future for Indigenous people. In 2016, Love Beyond Body, Space & Time was released. Edited by Hope Nicholson, it is a collection of “Indigenous science fiction and urban fantasy focusing on LGBT and two-spirited characters.” And so on and so on.

In America, Indigenous people are telling futuristic stories and the dominant culture is eating them up. Cherokee author Daniel Wilson’s highly successful novel Robopocalypse went supernova a few years back, and he has just released an authorized sequel to Michael Crichton’s The Andromeda Strain titled The Andromeda Evolution. Not to be outdone, Rebecca Roanhorse, of Pueblo heritage, has made the leap from Trail of Lightning, her highly popular tale of a thriving Navajo community (complete with ancient gods in a dystopian America), to being welcomed into the Star Wars universe, penning the novel Star Wars: Resistance Reborn.

Sci-fi was frequently referred to as the illegitimate child of literature, not taken seriously or even considered relevant. But like all literature, good sci-fi explores the human condition, just using different tools. We Indigenous people know a few things about the human condition. Think of it as us culturally appropriating the genre and then Indigenizing it.

And on the closing night of my Indigenous science fiction festival, I will go outside, look up toward the vast and overwhelming sky, and imagine the possibilities. But you don’t have to be First Nations to do that. 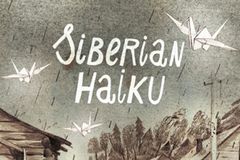