In the new book Wish You Were Here: A Murdered Girl, A Brother’s Quest and the Hunt for a Serial Killer, Canadian journalist and author Patricia Pearson and her former boyfriend, John Allore, partner to investigate the mysterious slaying of John’s sister Theresa in Quebec in 1978. The book is an examination of institutional police callousness, indifference toward sexual-assault victims and the huge popularity of the true-crime genre.

Your research led you to a particular understanding of Quebec in the 1970s: “The clear and unsurprising prospect that there were multiple sex offenders roaming the unlit roads of the Townships, taking advantage of police indifference.” Why were police so indifferent?

That was a big question we were trying to figure out. John, when he was doing his master’s degree in criminal-justice administration, discovered that the origins of policing had come out of property protection in England. [The police] didn’t have any institutional tradition of human rights protection. They also came out of a tradition where women’s sexuality and women’s vulnerability was completely, shockingly misunderstood.

We’re still struggling with how we police crimes of sexual violence. What do you think have been the most productive changes since the 1970s?

Probably the most significant changes would be the influx of women into policing and the changes in criminal law so that rape can be understood to be not just penetration with a male organ. That was the heart of the problem with Luc Gregoire [a rapist and murderer who Pearson and Allore believe may have been responsible for Theresa’s death. He died in prison in 2015]. He was able to get away with such violence because it was not technically a physical rape. Instead, he was accused of indecent assault. So you have a constant underestimation of the dangerousness of these men. And then there was the cultural change around allowing recalcitrant offenders to just be moved jurisdiction to jurisdiction, sort of like Catholic priests.

Do you think Gregoire was responsible for the death of Theresa and other women?

I think so. It’s important to be able to separate in one’s mind the commonality of sexual violence versus the rarity of sexual murder. That’s the point the criminal psychologist I was consulting kept trying to drill into my head – the statistical probability that there was more than one sexual murderer operating in Quebec in that time frame was so low. Working with the probabilities, I feel comfortable saying it was him.

One of the recurring themes is the police forces' lack of transparency, even with the families of the victims.

What’s hard for people to understand sometimes is that it’s not just the injury of the murders themselves, it’s the injury of the institutional indifference to those murders for the families. John has been motivated over the last 40 years to the point of obsession in large part because he wants acknowledgement of his parents' humiliation and pain. Almost more so than he wants to solve the case. In his mind, his enemy is the SQ [Surete du Quebec]. Families of murder victims tend to get injured doubly, by police indifference, by institutional ass-covering, sometimes by media exploitation, also by people’s tendency to want to feel like it couldn’t happen to them or their kids, so they “other” it. You know, he shouldn’t have taken drugs, she shouldn’t have been hitchhiking.

You examine the huge popularity of the true-crime genre and the gulf between the fans and the actual experience of the victims' families. Why are people so obsessed with true crime? Do people understand what the real-life repercussions are?

It’s very clear to me that people don’t understand the reality of crime, the messiness and indignity of the violence. Somehow there’s a parlour-game aspect to true-crime consumption. It’s almost like how soldiers are valourized but people don’t understand what they saw on the battlefield. The really abiding mystery is why the overwhelming consumers of true crime are also the victims – that’s women. It’s really a striking disproportionality of women who are interested in violent men from the point of view of reading about their tales. I’d love to see someone do a PhD on the psychology of women consuming true crime.

What about the other families you talked to, whose loved ones were victims? Was there a common thread in what they told you?

Yes, it was this sense that they were othered. They found themselves in a position where they had a victimized family member, and instead of getting sympathy, they got people backing away and saying it must have been the fault of the victim. Also, all of these families had a similar reaction from the SQ. Almost all have had evidence thrown out and had to deal with indifference and paper-shuffling.

What are the takeaways for the reader?

For people who have read the book, it’s stirred up a lot of anger and rage, particularly for women. But I don’t want to leave them with this sputtering sense of anger about the system. We have to go into a dialogue with institutions about how they need to go beyond their first impulse of institutional self-protection. How are we supposed to move beyond this constant frustration of marginalized groups – with sex workers, with Indigenous women – if we can’t get the institutions to stop the impulse to cover their own ass and start listening? 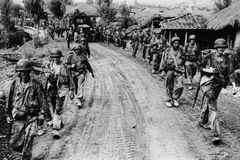 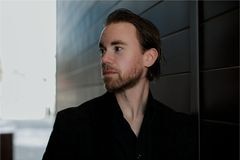 In their new book Hardwired, an ER physician and social scientist argue our evolutionary programming is out of step with modern life
Subscriber content
November 4, 2020 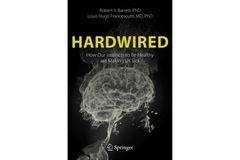