I am Zooming with Jim Carrey when Nicolas Cage bursts into the frame. The two actors exchange three wild, rapidly contorting facial expressions that I cannot confirm as being familiar to any known human being, and then embrace with the passion of two lifelong friends who have been separated by years of war and famine.

“Niiiiiiiiiiic! Helluva time to see you!” says Carrey, his grin as wide as any fan of The Mask and Ace Ventura ought to legally expect. “Well, uh, you know, thanks for HAVING me!” Cage replies, his up-and-down cadence emphasizing all the wrong words. Cage pulls out a cigarette, then a flask shaped like a tyrannosaurus skull. Before the men can say another word, both are beamed into the heavens by a light so blindingly bright that my laptop combusts.

Of course, none of the above is true – but the scenario’s blur of show-biz fantasy, absurd happenstance, and deux ex machina is as close as I can get to describing the experience of reading Memoirs and Misinformation, the new autobiography-slash-manifesto-slash-whatchamacallit from Carrey and co-writer Dana Vachon.

“None of this is real and all of it is true,” Carrey is quoted as saying in the book’s marketing materials, and I have no choice but to agree. Focusing on an actor named “Jim Carrey” who is going through too many crises to count, the novel is a mind-rearranging affair, culminating in an apocalypse that ropes in wildfires, artificial intelligence and various celebrities (Nic Cage included) fighting aliens in a battle for the future of humanity.

Ahead of the novel’s release this week, I video-chatted with a very-real Carrey and Vachon to discuss movies, madness, and what it’s like to work on a book about the end of the world during all of … this.

Not to give much away, but the novel’s version of Jim Carrey reminds me of Prometheus. How intentional was that?

Jim Carrey Well, I think we all pay a little for bringing the fire back. That’s what we all dream about doing. Whatever you do, you have to deconstruct this belief in the individual. This prison of “becoming” which we live in. The book is about persona, and building a persona that will last. Many people have this dream on social media now, of our persona lasting beyond the grave. To be revered forever. That’s largely responsible for a lot of maladies in our society. And there’s peace when one can let go of that grasping.

So writing this was an act of catharsis? Of finding peace?

Carrey Everything that I do has some element of that. We wanted to show this absurd adventure that one goes on to build an impenetrable personality.

That meant going this multifaceted route instead of a straight-ahead memoir?

Dana Vachon A memoir isn’t anything that we ever considered for a number of reasons. It’s a troubled form, with problems of veracity going back to [A Million Little Pieces author] James Frey. Often, you’re not even being told the truth of who wrote a memoir. Many things are being held from you, the record is being distorted and most are brand extensions, which is not a literary aim. We were attracted to the idea of taking these extreme liberties of truth that the form seems to enjoy and using them to paint a portrait of a great artist.

How did the collaboration play out in real life?

Carrey We met in New York while I was living in an art studio, going through all kinds of things and deconstructing my life with paint. I wanted someone to write an essay around what I was doing, but Dana had no interest in that.

Vachon I sensed another transformation at hand. And we were both insomniacs and at this point [a decade ago] there was a real expansion of bandwidth where you could stream so much. In the wee hours of the morning, we’d be up watching something about the megalodon and there was something joyful about these strange pieces of culture. The first chapter based on that was born a great while later.

Carrey You also realize when viewing Netflix and YouTube, there’s always been this obsession with the apocalypse. Since we crawled out of the slime, we’ve been worried about the end. We’ve been promised an ending. There’s never a generation that didn’t fear it was going to happen.

What is it like bringing this book into the world now?

Carrey We believe that this is the crowning of a new world, not an apocalypse that wipes the entire human race off the planet. It’s a birth, a painful labour. And then life goes on, hopefully in a less selfish way. And truth has taken a terrible hit in the last few years. We have to get back to understanding what the truth is.

But this book certainly twists the truth.

Carrey But ultimately it’s the truth. The core of everything in the book is what I believe or feel.

Vachon In Jim’s case, when you have this huge public persona, it can become sarcophagal. The truth is that he does exist as a fiction to a billion minds. We had to deal with that.

Which is where the AI angle in this novel comes in, I’m guessing. The notion that Jim can live forever in a computer, starring in whatever films producers want.

Carrey It’s going to be someone who doesn’t give a damn about me, saying there’s money to be made. I don’t know what I’m going to be selling. I’ve already been “deep-faked,” and Nic Cage has been deep-faked. I sent Dana a picture of me as a woman on the internet that someone made. It’s a crazy, hairy time. This book is a study of all that. The different types of tyranny and how we build capitalism on the bodies of the poor. And you know, there’s … I forget where I was going. I had a brain fart.

Vachon I think we can see and sense a world that’s ending. But at the end of things is an engine of renewal. You asked what it’s like to release this in this period, and it’s incredibly eerie. But if you think the world is going to be over, that’s just pessimism. An apocalyptic moment is one where a new world can be born. And that’s our book, too. It ends with great hope.

Carrey That was a much better answer. Mine was more self-serving.

The entire plot here is surreal, but the moments that feel the most pulled from real life are your memories of growing up in Ontario, Jim. Was that past difficult to mine?

Carrey No. I’m an open book. I don’t hide anything. I’m not afraid to say that I’m vulnerable, and that I hurt, and that I experience an incredible joy and fulfillment, and there’s a price for that. The most creative among us are the ones who go deepest into the Marianas Trench and feel the most pain and experience the most challenge. I thank God that there’s very few people in this world who I can’t sit with and look in the eye and say, “What’s your pain? Let’s talk about it, because I’m part of the club.”

It’s interesting that Sean Penn plays a large role here, as he’s the biggest celebrity after you, Jim, to recently release a novel: 2018′s Bob Honey Who Just Do Stuff. Did you read it?

Carrey I haven’t, but I want to. He’s a stunning creative human being. He’s a wild character, a bit feral around the edges, but he is someone who is completely raw.

I ask about Penn, because his novel got terrible reviews, which seems to be par for the course when performers release novels. Do you care much at all about what reviewers might have to say?

Carrey I think that we did good, honest and creative work. I have reverence for the form, and I come to it with my head bowed, to a territory of what I consider a temple. I understand the sacrifices of a writer. I’m just humbly hoping that people will allow it to be. Allow the work to speak for itself, rather than the person that they think I might be.

Do you feel the urge to write another novel, either alongside Dana or solo?

Carrey I don’t think I ever want to do something on this level again. It’s insane.

This interview has been condensed and edited (and, again, in no way involved Nicolas Cage) 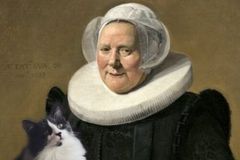 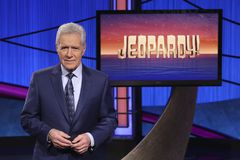 Emma Donoghue takes on the Great Flu in her new novel The Pull of the Stars
Subscriber content
July 20, 2020 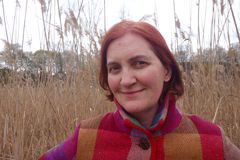