For William Dalrymple, the history of the East India Company is personal. When asked about his own interest in the subject of his latest book, The Anarchy, he spoke of his ancestors. “I come from a family that was minor Scottish gentry,” he said, speaking to the audience after his talk at the Toronto iteration of the Jaipur Literature Festival this fall. Similar to many other young men who decided to voyage to India in the Victorian era, his family members also set sail to return with more than a little chintz and change. “The quarter that made it back came back with enormous wealth. They had great aspirations and took a gamble. But it was a good ticket in a lottery. So this is my story as well.”

The Toronto stop is the latest addition to a “travelling-circus style” international offshoot of the annual Jaipur Literature Festival, explained Dalrymple, who serves as its co-director. Other locations include Belfast; Boulder, Colo.; and Adelaide, Australia. The original festival takes place annually at the Hotel Diggi Palace in India each January and bills itself as the greatest literary show on earth – both because of its 500,000 audience members as well as its formidable roster of speakers that have included Margaret Atwood, Michael Ondaatje and Salman Rushdie.

The Anarchy: The Relentless Rise of the East India Company tells a story that is at once well-known and somewhat forgotten. It chronicles the ascent of what Dalrymple terms the “first global corporate power.” The growth of this dangerously unregulated private company parallels the disintegration of one of the world’s greatest empires.

“There’s two stories being told in this book. One is the extraordinary story of how one corporation based out of one London office block took over the richest empire in the world – all the more remarkable when the country that it came from only controlled 1 per cent of the world GDP when it was founded in 1599, while [undivided/pre-Partition] India controlled over 30 per cent,” he said. The other story is about the power of the state versus the corporation, which has contemporary resonance. “ExxonMobil would be the 14th-richest state in the world, if it was a state rather than a company. … The power of corporations, and the need to regulate corporations, and keep them under the heel of the state is the type of thing that [U.S. Democratic Senator] Elizabeth Warren is talking about in her campaign speeches this year.”

The Hudson’s Bay Company is the Canadian corollary to the East India Company, points out Ritu Birla, associate professor of history at the University of Toronto whose research focuses on South Asia, capitalism and its form of governing.

“The Hudson’s Bay Company was a contemporaneous venture with other colonial joint-stock ventures like the East India Company that were established by parliamentary charter,” she said. “As I tell my students, both Canada and India are significant sites for thinking about the history of contemporary governance, in which we are perhaps first and foremost governed as economic subjects who pay taxes and finance economic endeavours, rather than as political subjects or citizens.

“This history of capitalist governance, and its entanglements with conquest, challenges us to establish parameters for just governing today – parameters that must cut across both the private and public sectors.”

The more elaborate history of the British conquest of India isn’t taught in British history books today, Dalrymple said. With the collapse of the British Empire in India and throughout Africa, the “reaction of the Brits was to put it all away in a drawer and lock the door. … The Raj [Crown rule] was a joke when I was growing up,” he said.

This historical amnesia makes for serious gaffes today. Living in New Delhi, Dalrymple frequently meets with British diplomats who “actually believe there’s a special, fantastic relationship between the countries. And so the first thing Theresa May did after the Brexit vote was to come up [to India] with a bunch of businessmen – and their civil servants literally called it Empire 2.0.

“It was as if India’s going to embrace them like some long lost brother. … It’s a lot more complicated than that. There’s a lot of violent history that’s remembered by the colonized, but not by the colonizer.” 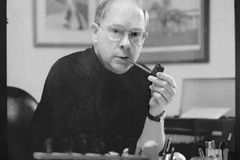 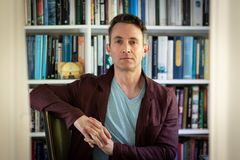 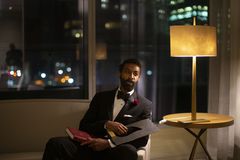