It’s been a week since Jessica J. Lee was told that she’d won this year’s Hilary Weston Writers’ Trust Prize for non-fiction, and she still hasn’t quite processed the news. “I’m still very shocked,” she says when we reach her via Zoom, the flat grey light of a November afternoon streaming in the windows behind her. “I really did not expect it, especially given how incredible the other books on the shortlist were.”

Lee, who is from London, Ont., but now makes her home in the British capital for which it was named, won the $60,000 prize for her second book, Two Trees Make A Forest. A lyrical memoir, it teases out the complicated weft of her mother’s family – Chinese refugees to Taiwan who immigrated to Canada – while weaving in her own search for identity, set mostly against the backdrop of that mountainous island with an equally contested sense of self.

“Winning this prize is genuinely life-changing for an author,” explains Lee, an environmental historian by trade. There’s the money, of course, Lee noting wryly that most people who make their living with words tend not to be “flush with cash.” More than that, however, is the symbolic power of being recognized for her work, especially as a literary non-fiction author. (Triply significant, perhaps, in a year when Canada’s two other trophies for the genre, the RBC Taylor Prize and the Governor-General’s Awards, have been discontinued or postponed, respectively.) “The kind of writing I do can sometimes seem a little niche,” says Lee, “so the idea of getting this kind of platform ... it sounds cheesy, but it’s such a dream.”

In an interesting bit of mirroring, Lee heard this good news over the phone, just as, years before, she got a call from her mother saying she’d found a letter-slash-fragmentary-autobiography from her father, Lee’s beloved “Gong.” Learning about this crystallized a long-held desire to tell the story of her grandparents. Lee spoke with The Globe and Mail about this writing journey, her own identity and the responsibility we have when sharing family stories.

It’s fascinating that writing it as non-fiction, rather than novelizing it, came to seem like the better option to you. Surely fictionalizing your family’s story would have been less fraught. It certainly leaves you with the defense of “Oh, don’t be so offended, Mom. This was just ‘inspired’ by our family.”

I couldn’t get my head around the intergenerational element of this story in a novel because I found it hard to fictionalize the grandchildren of the people ‘inspired’ by my grandparents who weren’t me. I struggled with moving away from the specificity of our family’s circumstances and how I grew up and related to it. I couldn’t step out of the particularity of my own perspective on it, and I wrestled with that, because I didn’t want it just to be my own very narrow lens on this. And then I came full circle and realized that I was part of the story.

The level of detail that you’re able to summon when writing about remembered places and events is almost cinematic. Did you know you were writing this story when you spent time in Taiwan a few years ago?

When I took some of the treks in the book, I knew I was writing a book – but, and I hate to say it, I’m also one of those people who just has a very detailed memory. That’s part of how I write. I will write through something minute-by-minute, second-by-second, in granular detail, and then figure out how much of that needs to be in there. I’m also a big fan of lists. I will go for a walk, and come back and write down everything I saw – tree, raindrop, rock, moss – and then I end up with these strange poems on my Notes app.

Did approaching Taiwan with the lens of someone writing a book about it mediate your relationship to that place?

It’s less about writing and more about my own changeable relationship with my family. It took me a long time to feel that I had made some mistakes – not spending enough time speaking Mandarin, not spending enough time getting to my grandparents – and I think that piece will always automatically be there when I confront a landscape in Taiwan. It’s the same shadow that’s there every time I go out to eat Chinese food or Taiwanese food. It’s a family connection, that’s bodily, linguistic – and when I decided to write about my family history, it became magnified.

I was struck by the unsentimentality of your portraits of your grandparents. Was there ever a temptation to gloss over the more difficult parts of their personalities or their roles in history?

If I was trying to write something that wouldn’t have offended my family, I could have written a much sweeter portrait of both of them. I was also acutely aware that my grandparents lived through – and, in some sense, were agents of – a turbulent point in Chinese and Taiwanese history. The period of martial law was a really terrible time for many people, and my grandparents didn’t suffer the impact of that because they worked in the government and the military. I had a responsibility as a writer to acknowledge that complexity. My grandparents may have been wonderful people in my life, but the regime they were caught up in is not looked on fondly by history.

As a reader, I felt like your grandparents carried such a sense of loss with them. Do you think you’ve inherited it?

I have struggled with the weight and the grief of my grandparents' story. The passages that cover my grandmother’s experiences in Nanjing during the war ... I had to read those for the audiobook, and I cried in the studio. I don’t even like to touch those pages in the book. They both lost so much, and I don’t think we should just mourn that and move on. We should carry those sadnesses, because they help us value so much, like language, like knowledge of history.

What do you think your grandparents would have made of this book?

My grandfather had so much endless generosity, so I think he wouldn’t see it so much as a centering of his story, as much as just taking pride in the family story and in me having written it. I don’t know what my grandmother would make of it. I hope that she would see that I’ve tried to write her life with generosity and a real sense of what she went through. I hope they would be happy to know that they are remembered. I may not have said it when they were alive, but I really do care about the sacrifices they made and all they gave to us. 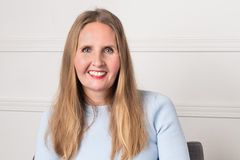 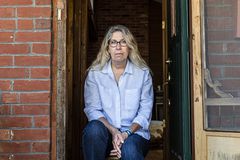 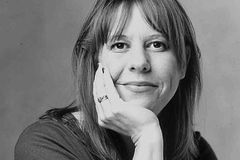