At the very end of The Spy Who Came In From the Cold, the 1963 book that made John le Carré's career at the height of the Cold War, there’s a memorable monologue delivered by Alec Leamas, the dissolute British agent who is the novel’s main character.

Leamas has just discovered that he and his lover, Liz, have been set up and sacrificed by his own colleagues in London as part of a dark machination involving the East German intelligence service. “What do you think spies are: priests, saints and martyrs?” the agent asks Liz as the truth sinks in and they race to make a doomed escape attempt over the Berlin Wall. “They’re a squalid procession of vain fools, traitors too, yes; pansies, sadists and drunkards, people who play cowboys and Indians to brighten their rotten lives. Do you think they sit like monks in London balancing the rights and wrongs?” The spies, he tells Liz, will throw away good people and raise up evil people if that’s what they deem necessary “for the sake of ordinary, crummy people like you and me.”

Le Carré, whose real name was David Cornwell and who died this week at 89, has been eulogized as the bard of the Cold War and the world’s greatest spy novelist. But those lines, written early in his writing life, offer a key to understanding his work. The espionage world was never his subject; it was just his tool. His real interest was always “ordinary, crummy people like you and me.” Spies were useful to le Carré because their dance of illusion, self-delusion and manipulation, their devious attempts to win a game they never control and don’t even understand, is just an exaggerated version of normal life.

A spy tale for our times: John le Carré's new book, Agent Running in the Field, expresses fury at the rise of authoritarianism

The writer’s depictions of the spy world were so convincing when they first appeared that many took them to be accurate and drawn from experience. This perception was fuelled by the fact that the writer had, in his 20s, actually served on the bottom rungs of Her Majesty’s Secret Service – and was fuelled even further by the fact that for many years, he tried to deny it. In one comic episode in his 2016 memoir The Pigeon Tunnel, he recounts being invited to lunch at the palace of Italy’s president and realizing il presidente wanted to speak to him not as a novelist, but as a genuine spymaster. What, the president wanted to know, was le Carré's professional opinion of the Italian secret service?

Le Carré's books were celebrated as the antidote to the other famous depiction of the spy world in those years – his countryman (and wartime naval intelligence officer) Ian Fleming’s entertaining creation, James Bond. Because le Carré's grittiness felt distant from the high camp of Moneypenny and Q, his world was taken for the real thing – the damp corridors and creaky elevators of the Circus, as he called intelligence headquarters; the bad suits; the petty office politics. The squat and unassuming George Smiley, his most memorable character, was the anti-Bond. But le Carré never claimed his books were an accurate portrayal. Accuracy was beneath his aspirations. In fact, as he wrote of a fight with a former colleague furious about his supposedly dishonourable and recklessly revealing novels, “I have painted British Intelligence as a more competent organization than I had ever known it to be in real life.” The diabolical plot of The Spy Who Came In From the Cold, which cast British intelligence as heartless and brilliant, was described by a real intelligence officer as “the only bloody double-agent operation that ever worked.”

He could hardly explain to his belligerent ex-colleague, he wrote, that “in describing the nostalgic war games of an isolated British department in the novel that so angered him, I might have been attempting something a bit more ambitious than a crude assault on his Service. And Heaven help me were I to maintain that if you are a novelist struggling to explore a nation’s psyche, its Secret Service is not an unreasonable place to look.”

In his best novels, the ones written during the Cold War, the plotting had the intricacy of an expensive watch. Tinker Tailor Soldier Spy is unforgettable, and the other two books of the Karla Trilogy – named for the Soviet genius who is Smiley’s rival in Moscow – excel in their international sweep and colour. But the most memorable moments are always small and human. In the trilogy’s final scene, after the British spy has finally outsmarted the Russian in a duel stretching across multiple novels and continents, Karla crosses a bridge from East Germany to turn himself over. Smiley has won, and a lesser novelist would have enjoyed it. But le Carré uses the moment to remind us how winning often feels. Smiley, he wrote, “took another look at the bridge, as if to establish whether anything had changed, but clearly it had not, and though the wind appeared a little stronger, the snow was still swirling in all directions.”

Smiley was partly based on a real officer with whom the young David Cornwell shared an office at MI6, a poorly dressed and brilliant man with a “very corrosive eye, a clever eye,” as he told the CBC’s Eleanor Wachtel in a 2017 interview. The fictional character was, the novelist explained, “an older, wiser voice in my ear,” improving Cornwell as a person and le Carré as a writer. “If I’m pressing for extremes and becoming over-emotional on the page,” he said, “if I’m writing a Smiley story, it is somehow he who moderates me and gets me straight, who says, ‘Come on, less of that BS, more narrative. Let’s just get on with it, please.’”

Perhaps that’s why when Smiley exited the novels, and when the Cold War ended, le Carré's literary compass became less reliable. His best fiction existed in the grey zone between equally matched powers, and when that ambiguous arena was lost, his novels became prone to simplification and sentimentality. We were faced with good guys (a young and idealistic German woman on a bicycle, a Congolese nurse) and predictable bad guys (pharmaceutical companies, the CIA). Where was Smiley to set him straight?

But le Carré remained one of the keenest observers of the modern world, to which his literary success granted him unique access, from the jungle war in Cambodia to dinner with the director of the KGB. His rare foray into non-fiction with The Pigeon Tunnel just a few years ago gave his loyal readers his best book in decades. When I set out to write non-fiction about spies, it was le Carré's cool approach, that corrosive eye, that I had in mind – accompanied by disappointment that true spy plots could never be as good as the ones he made up. The central question in his writing resonated: What deeds can a democracy commit in its own defence without becoming indistinguishable from its enemies? That is, what bad things can good people do in their own interest before they lose their soul? What really is the line between Smiley and Karla?

As a believer in Europe and the West, the novelist would never have claimed the line didn’t exist. He knew which side he was on, but he also knew that the precise location of this line was tricky and important. It’s a question that seems more urgent in the Middle East, where I live, than in Toronto, where I was born. But it’s one we all have to ask – not just presidents and intelligence officers but the ordinary, crummy people who were the author’s audience and subject all along. It’s a question that’s unlikely to be posed with the same elegance and skill as it was by John le Carré, the former spy who said he wasn’t, and the spy novelist who was never a spy novelist at all.

Matti Friedman is the author, most recently, of Spies of No Country: Behind Enemy Lines at the Birth of the Israeli Secret Service (Penguin Random House Canada), which won the 2020 Vine Award and the Canadian Jewish Literary Award for history. 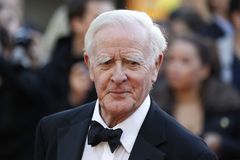 A spy tale for our times: John le Carré's new book, Agent Running in the Field, expresses fury at the rise of authoritarianism
Subscriber content
October 4, 2019 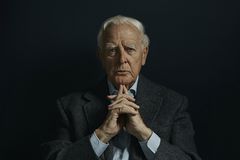