On March 12, the Ontario government closed all public schools for two weeks after March break, and federal Health Minister Patty Hajdu urged Canadians to stay home for the break in order to stall the spread of the coronavirus. Faced with the prospect of entertaining your children at home for at least one week – if not more – Globe Books offers these recommendations to keep them busy reading.

It’s time for Olive’s birthday party, and Sophie and her dad have made their favourite cookies. As they’re going up in the elevator to the 10th floor of their apartment building, they’re joined, floor by floor, by their wonderfully diverse and eclectic neighbours – Olive is sure to be delighted. Sherry J. Lee’s Going Up! (Kids Can Press, 3-7) is an engaging picture-book debut – who doesn’t like a party? – made even more fun by Charlene Chua’s rambunctious watercolour and pencil illustrations, which bring Lee’s celebration of community to life.

Danny Ramadan also tackles the issue of how important community is in children’s lives in his delicious Salma the Syrian Chef, illustrated by Anna Bron (Annick Press, 4-7). Salma knows her mother misses their life in Syria and longs to be able to do something to make her smile again. Drawing pictures doesn’t work, but maybe if she made her mother one of her favourite Syrian things to eat that might do the trick? Salma can’t do it alone, but with the help of her friends and the caring staff at the Welcome Center, she’s able to make foul shami – Damascene fava beans. Will it make Mama smile? This poignant story, and Bron’s lively illustrations, will definitely touch young readers.

How do I care for my children during a new coronavirus outbreak?

Talking about debuts – Cree singer-songwriter extraordinaire Buffy Sainte-Marie offers young readers a sweet and celebratory picture book based on a new song, Hey Little Rockabye: A Lullaby for Pet Adoption (Greystone Kids, 3-7) with illustrations by Ben Hodson. Yearning to have a pet of her own – a hamster, bunny, cat or dog – a little girl finally persuades her parents to adopt a pet from a local animal shelter, promising that she’s going to love this little “rockabye.” Kids can sing along with the sheet music at the back of the book and see some of Sainte-Marie’s favourite pets, too.

Usha and the Stolen Sun by Bree Galbraith, illustrated by Josée Bisaillon (Owlkids, 5-8) is a moving picture book about the power of stories. No one in Usha’s village remembers the sun except her grandfather; it was taken from them long ago when the people “who make the rules” built a big wall that let them keep the sun all to themselves. But Usha is determined to get it back. That’s more difficult, of course, than it appears – yelling at and kicking the wall won’t help, but when Usha shares her grandfather’s stories with it, and the people listening behind it, things begin to change. Bisaillon’s lively illustrations help bring this magical fable to life.

Margot is fascinated by space – it’s all she thinks about. She’s not interested in reading books about anything else and can’t wait to share the fascinating facts she learns, especially about the 1969 moon landing. But no one is interested, not her mother, her teacher or her classmates. Margot feels completely silenced and doesn’t know what to do. Margot and the Moon Landing by A.C. Fitzpatrick, illustrated by Erika Medina (Annick Press, 4-7) thoughtfully offers young readers a compelling story about how important it is to listen and to be heard. Medina’s illustrations help make Margot’s moving struggle visible.

The Bug Girl: A True Story by Sophia Spencer with Margaret McNamara, illustrated by Kerascoët (Tundra Books, 4-8) is based on fourth-grader Sophia’s life and her passion for bugs. Like space-obsessed Margot, Sophia fell in love with bugs when she was just two-and-a-half, and now she just loves them. She’s best known as part of the #BugsR4Girls movement, and her story has been profiled on CBC, ABC News and NPR. But nothing is better than hearing Sophia tell her own story because while her classmates found her love for bugs quirky in kindergarten, by the time she was in Grade 1, she was being bullied at school and felt silenced – just like Margot. But her mother came to the rescue, and the rest is history. Sophia also shares her fact-filled “Big Book of Bugs” with readers. This is a wonderfully empowering story and is sure to capture the imagination of young readers, whether they love bugs or not.

If bugs aren’t your thing, maybe being a pirate is? Helaine Becker’s dramatic Pirate Queen: A Story of Zheng Yi Sao, illustrated by Liz Wong (Groundwood Books, 6-9) tells the story of the most powerful pirate in history, whose power rivalled that of the Emperor of China with a fleet of more than 1,800 ships and 70,000 under her command. This is not just an absolutely wonderful tale of derring-do but the story of an amazing woman who controlled the South China Sea in the 18th century and used her strengths to change the way pirates did things – everyone got a share of the booty and female captives had to be treated with respect. Zheng Yi Sao retired from piracy a rich and powerful woman. Becker not only lyrically tells Zheng Yi Sao’s story, but provides a fascinating afterword that offers readers fascinating insights into her research process.

What If Soldiers Fought with Pillows? by Heather Camlot, illustrated by Serge Bloch (Owlkids, 8-12) is a fantastic picture book for older readers that asks them to think about big philosophical questions that might seem impossible to solve but haven’t stopped some people from trying. These true stories offer readers a chance to see how children in Colombia created a nationwide peace movement, boxer Muhammad Ali refused to fight in an unjust war and playing ping-pong helped restore diplomatic relations between China and the United States. Do you dare to think differently?

A Forest in the City by Andrea Curtis, illustrated by Pierre Pratt (Groundwood Books, 8-12) is the first book in Groundwood’s new ThinkCities series and asks middle-grade readers to think about how key it is to nurture urban forests in cities. It’s a fascinating look at how vital urban forests are, looking at both the problems trees in the city face as well how indispensable they are in our fight against climate change and pollution. Pratt’s boisterous illustrations provide readers with just the right amount of green space to consider these serious issues we all face.

The Case of the Missing Auntie by Michael Hutchinson (Second Story Press, 9-12) is the second book in the Mighty Muskrats Mystery series, an awesome follow-up to The Case of Windy Lake. Going to Winnipeg for the first time, the four sensational tween sleuths – Atim, Chickadee, Otter and Samuel – have a mystery to solve, but there are also serious things to do such as go to the Ex, visit the mall or have a chance to hear one of Otter’s favourite bands, Wovoka’s Wail. While things go awry with some of their plans – life in a big city is certainly very different from life on the rez – the Muskrats focus on finding out what happened to their grandfather’s younger sister when she was “scooped” during the 1950s. What is so unique about Hutchinson’s book is the seamless way that he integrates real issues, among them the impact of the residential schools system and the resulting traumas it caused in the lives of so many Indigenous people, into the novel, while never losing the tension of the mystery that the Muskrats are trying to solve. It’s exciting and deeply moving and a must-read for middle-grade readers. 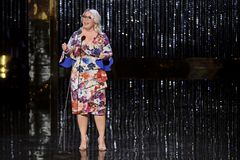 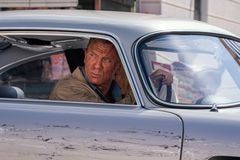