Kim Fu‘s first novel, For Today I Am a Boy, was a finalist for the PEN/Hemingway Award and was a winner of the Edmund White Award for debut LGBTQ-themed fiction.

In her new book, The Lost Girls of Camp Forevermore, readers follow the lives of five girls who come together at the titular summer getaway. They’ll remain bonded in different ways after they are stranded on an overnight kayaking trip to a nearby island and left to fend for themselves.

Here are the Calgary-born, Vancouver-raised, Seattle-based writer’s picks of books that have most shaped her life.

The Silver Pencil is one of the earliest books I can remember reading. Published in 1944 and set at the beginning of the 20th century, the novel is based on Alice Dagliesh’s own life, following her development as a writer through her childhood and youth in Trinidad and Tobago, Britain, Canada and the United States.

The particulars of the plot (and certainly the racist descriptions of her family’s servants in Trinidad and the glorification of the monarchy and British colonialism) went over my head; what registered was a child like me, a kindred spirit – someone who used books as a framework for understanding and perceiving the world around her, who needed to write and longed to be read, who lived as much in reality as in Little Women and her own imagination.

Like many kids, I devoured Roald Dahl’s children’s books one after another. When I picked up The Wonderful Story of Henry Sugar and Six More, a short story collection for adults with the same cover design as his works for children, I expected another Matilda or Charlie and the Chocolate Factory.

It turned out to be a disturbing and memorable window into the lives and psyches of grown-ups, yet somehow not unlike his stories for children – as fantastical and grotesque, as full of twisted internal logic and unexpected resonance and disdain for small-minded people and petty authority.

It suggested that, for the observant, adult life would be no less magical or strange.

During my first-year undergrad English literature survey course – moving from Beowulf to the beatniks at an alarming clip, drowning in archaic forms of English and hardly more accessible analytical essays – it was hard to connect emotionally with anything I was reading.

I remember sitting in a cafeteria with a volume of my fat, onion-skin The Norton Anthology of English Literature, cramming lunch in my mouth with one hand and frantically turning pages for class with the other: Alfred Lord Tennyson’s In Memoriam, a book-length elegy for his late friend Arthur Hallam and a meditation on grief and religious faith. The cafeteria receded until I realized I was publicly sobbing into my noodles.

Across centuries, geography and every demographic difference imaginable, in the presence of death and the absence of God, Tennyson seemed to be describing my petty, teenage losses – breaking up with my boyfriend, changing majors and programs. It sounds trite now, but at the time, I felt a profound sense of universal humanity and the power of literature.

In my early 20s, I began turning to books out of what might superficially be described as a desire to connect with my Chinese heritage, or an interest in modern Asia, recent Asian history and the Asian diasporic experience more generally, but felt like something more complicated and indistinct – I was trying to understand some part of me, something about my family, something about how I was seen.

In her spare, thoughtful prose and depictions of China and the United States, I recognized this thing I cannot name, a foreign and familiar nowhere-place where I might belong.

Before he passed away at the age of 47 in 2012, David Rakoff wrote a novel in verse and published three books of collected essays, including Half Empty.

There are so many writers whose voices I find addictive, whom I admire on a technical level, but whenever I get stuck writing, when words blur together like an abstraction and I can no longer tell a good phrase from a bad one, I reread one of Rakoff’s essays. His sentences are perfectly, elegantly crafted–dense with meaning and wit, startling but straightforward, every word essential.

Four books is hardly insignificant, but his oeuvre feels small to me, his early death a loss to the library of the ages. I still can’t believe there won’t be more.

Heidi Sopinka shares the books that shaped her 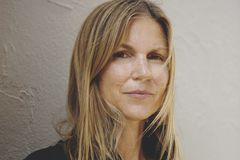 Lisa Genova shares the books that have inspired and captivated her 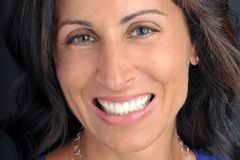 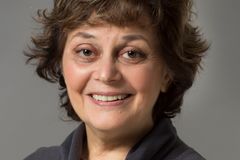