One of Canada’s most lucrative awards for non-fiction writing is being discontinued, a decision that has sparked shock and sadness among previous winners. The B.C. National Award for Canadian Non-Fiction, which was open to writers from across the country and bestowed $40,000 on the winning author, is being replaced.

The B.C. Achievement Foundation, which funds and organizes the award, made the surprise announcement on Friday.

“Really our mission is to showcase the best of British Columbia and … recognize, steward and celebrate outstanding British Columbians,” executive director Cathryn Wilson told The Globe and Mail.

Ms. Wilson says the move follows a board review of its fleet of award programs and a desire to refocus on the mandate. A decision on a replacement has not been made.

The B.C. award, first handed out in 2005 (to B.C. author Patrick Lane for his memoir There Is a Season), was one of Canada’s biggest non-fiction prizes. Most recently, Toronto-based CBC journalist Carol Off won the prize for All We Leave Behind: A Reporter’s Journey Into the Lives of Others. Past winners include Ian Brown and Sandra Martin – journalists familiar to Globe and Mail readers – as well as B.C. writers John Vaillant and Charlotte Gill.

“It was a rare national arts prize based in British Columbia, not to mention a big professional boost for recipients. It’s sad to see it go,” Ms. Gill, who won in 2012 for her tree-planting memoir Eating Dirt: Deep Forests, Big Timber, and Life with the Tree-Planting Tribe, told The Globe in an e-mail.

“It is a sad day for writers and for writing when a major prize is discontinued. This prize has focused much-needed attention on Canadian non-fiction across the country and to be included on the list is an honour on par with any of the East Coast prizes,” wrote Mr. Vaillant in an e-mail.

Anne Giardini, vice-chair of the Foundation’s board, also called the decision “sad,” but said the thinking on the board was that the award was “neither fish nor fowl” when it came to celebrating B.C. and celebrating all of Canada.

“We felt that there are some great prizes out there recognizing non-fiction. We were probably the quietest of them and the least known and the least understood.”

Other national non-fiction prizes include the Hilary Weston Writers’ Trust Prize for Nonfiction (which awards $60,000 to the winner), the RBC Taylor Prize ($25,000) and the Governor-General’s Literary Award for Non-fiction ($25,000).

“We felt like if we carried on with what we were doing we were neither advancing nor changing nor taking a leadership role as a prize-giver,” said Ms. Giardini.

The Vancouver award ceremony – with a laudatory speech recognizing each of the shortlisted authors – has been one of the highlights of B.C.’s cultural calendar. This year, it moved from a downtown hotel lunch event to an evening cocktail affair at the University of British Columbia.

“The care with which finalists are presented is, in my experience, unparalleled, and this made the event an exceptional experience, regardless of one’s connection to the writers or the prize itself,” remarked Mr. Vaillant, who won in 2011 for The Tiger: A True Story of Vengeance and Survival. “I am really sorry to see it go, but I understand the Foundation’s desire to devote its full attention to British Columbians.”

Over 14 years, the Foundation has awarded more than $500,000 in prize money. (Shortlisted authors also receive a financial award.)

When asked if the decision was made for financial reasons, Cathryn Wilson acknowledged that “it’s an expensive award,” but said the decision wasn’t a straightforward financial one. She said the plan is to announce a new award in the next few months.

While the new award won’t necessarily be a literary prize, Ms. Giardini said there is “keen interest from the board to find a way to continue to celebrate literary achievement in British Columbia.”

“Scott and me, we’re keen as mustard to recognize literature,” she added. (Board chair Scott McIntyre is a former book publisher; Ms. Giardini is an author, chancellor of Simon Fraser University and also the daughter of celebrated Canadian novelist Carol Shields.)

2018 Nobel literature prize won’t be awarded this year amid sex-abuse, other allegations
May 4, 2018 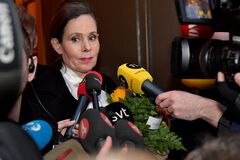 Breaking down the Shaughnessy Cohen Prize shortlist
May 3, 2018 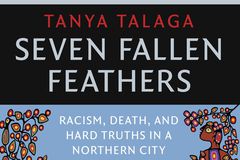