Weeks before the Butterfly Effect: How Kendrick Lamar Ignited the Soul of Black America went to print, New York/Kenya-based journalist Marcus J. Moore modified the book’s dedication to include the names of Breonna Taylor, Ahmaud Arbery and George Floyd, lives “lost to state-sanctioned violence” that have brought a reckoning to the United States, and the world, even amidst a pandemic. “Sadly, I could be updating it every month,” said Moore, speaking from Kenya. “As a Black American, you’re just taught to live with trauma.”

Calling Lamar a “sensitive, super lyrical wordsmith who operates like a jazz musician,” Moore likens the process of writing his book – the first biography on the Pulitzer Prize winning rapper – to Gay Talese’s writing his famous “Frank Sinatra Has A Cold” story. Like Talese, without ever interviewing the artist, he’s crafted a vivid picture of an artist by way of friends, collaborators, and activists. Tracking Lamar’s trajectory from an introspective boy with a stutter to a gifted teen, Butterfly Effect merges music, politics, and history with a loving Compton community actively willing Lamar forward despite landmines that awaited: police brutality, gang culture and systematic oppression – a toxic societal cocktail that drives his work. And like Stanley Nelson’s 2018 documentary, Miles Davis: Birth of the Cool, Moore’s book presents a nuanced, complicated exploration of Black masculinity, trauma, and visionary creativity.

Today, Lamar is one of the seminal artists of our time. Moore’s book takes on this journey, as well as the tragic and triumphal experience of being Black in the Americas.

You reveal a deeply introverted and spiritual Lamar. Did those traits surprise you?

When a new Kendrick Lamar project comes out, I’m trying to decipher it like everybody else. As a music critic, journalist, we don’t get the same amount of time that everybody else does. It wasn’t until the research for the book that I was like, Oh, he’s saying he’s struggling with survivor’s guilt. He’s saying that he’s struggling with depression. He’s saying all of this stuff on the record and that’s why he’s not really giving any interviews.

What surprised me most is he still doesn’t think that he’s done the “thing.” His collaborators all say that just because he’s come out with good kid, m.A.A.d city, with Section.80, and won a Pulitzer, he’s still like, “Nah, his next project has to be better than the last one,” and that he still hasn’t written his best verse. He still struggles with self doubt like we all do.

What do you think inspired the Control verse [where Kendrick name-checked Drake and a few others]?

I think it was just hip hop. Kendrick is such a student of hip hop, where he looks back at folks like Ice Cube – he had his beef with NWA and other people. Tupac would call people out by name in his songs. At the time hip hop was super glossy, everyone was partying, every video had champagne in it or some sort of bubbly, it was the same narrative. And because he’s this hybrid of old school and new school, he just wanted to get back to something that was a little more lyrical, something that was harder. I feel like the relationship shifted between him and Drake once people realized that Kendrick was not going to be the cuddly sideman. And once he started rapping, he named people, he put out people by name and he showed that confidence. That woke a lot of people up. True hip hop heads didn’t mind. If you got called out in a song, it’s a sign of respect. But I always feel like Drake was a little ruffled by that because he always felt like “I brought you on tour. I gave you all these opportunities and you call me out like this." I feel like he felt betrayed, but Kendrick was just like “no, I just want everyone to step so the whole genre can rise as well.” The rising tide theory.

Lamar’s 2015 trip to South Africa was significant creatively and spiritually for him. Why?

Kendrick obviously loves Compton. He loves L.A., he loves the West Coast, but he never left. He had gone on tour, but he had never come to the continent [Africa]. As a Black man it really hit him – I’ve tried to describe it; I felt the same way. When you’re here [In Africa] you don’t feel like you’re “the other” like when you’re in New York, L.A., D.C. wherever you’re from. I feel like when he came to South Africa [he] tapped into this notion of, “Oh, man. This is the root of the music I’m trying to convey. This is jazz. This is the funk. This is where everything came from.” As a result, here comes To Pimp a Butterfly. Him coming to South Africa ultimately shifted music. It shifted Black music. It shifted modern music in just that one trip. And I’m pretty thankful for it because that’s still my favourite album of his.

Chapter Five is a searing read. You trace the final hours of Trayvon Martin and Michael Brown Jr.'s lives. Share that experience?

That was the chapter that I really had to ramp up for because I knew that that was going to be the turning point of the book even before I started writing it. The book is about how he became Kendrick, but I needed to shift the narrative to let the public know that, “Hey, while Kendrick is going up this way, public discourse is going down the other way.”

I never like to assume knowledge. I didn’t just want to write from the perspective of, “Well, everybody knows what happened.” I also realized that this is going to be on shelves for a long time and so I didn’t want to just write for this generation. I was also writing for my little nieces, nephews and my godson so that when they come of age, and they’re trying to make sense of what’s going on, even if they don’t read the entire book, they can read chapter five.

I [also] didn’t want to write about Compton like everyone else does – “Oh, it’s this terrible place and you only drive through there.” No, that’s not fair. What about the neighbourhood people? What about the parents and community activists who still live there? Let me get their perspective. That’s what led me to speak to Alonzo Williams, who also gave Dr. Dre his start. [Mike Brown Sr.] was a total, total wild swing. I knew that I wanted to talk to him, but I would understand if he didn’t want to talk to me because those feelings are raw, and he has other initiatives. I spoke to him maybe a week before the five-year anniversary of Mike Brown’s death.

Sadly, Lamar’s story reflects the trauma that many BIPOC [Black, Indigenous, People of Colour] children are living through both in the U.S. and Canada. Our Prime Minister, Justin Trudeau acknowledges, “Systemic racism is an issue right across the country.” What helped Lamar overcome these brutal barriers?

He overcame those barriers when he decided to tell his truth unabashedly. When he switched from K. Dot to Kendrick and didn’t mince any words in his lyrics. He didn’t want to be a political figure or lighting rod – obviously, this is a person who knows how important he is to Black culture and how important he is to music.

As of this interview, Lamar has not posted on social media since March 5. Can you see him walking away from fame like Cat Stevens or Andre 3000?

I could totally see him doing that. I wouldn’t be surprised if Kenrick is like Andre where he becomes this sort of folk hero – you see him at the airport playing a flute or “Oh, I saw Kendrick getting out of the café!” He’s just one of those people that when he feels like he’s said everything he needs to say, he’ll totally be cool with walking away because he’s created music that’s timeless. 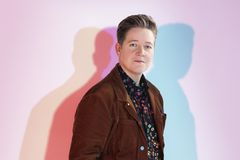 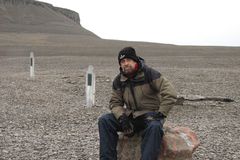 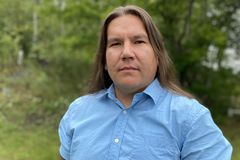