Elizabeth Renzetti
Published April 15, 2020 Updated May 12, 2020
For Subscribers
Comments
Please log in to listen to this story. Also available in French and Mandarin. Log In Create Free Account

When Irish writer Mark O’Connell found himself despairing over a future that seemed unrelentingly bleak, he decided to counter his anxiety by writing about how other humans are contemplating the end times. For his new book Notes from an Apocalypse: A Personal Journey to the End of the World and Back, he toured luxury doomsday bunkers in the United States, joined other “catastrophe tourists” at Chernobyl, went to New Zealand to see how tech billionaires plan to wait out Armageddon. He spoke to The Globe and Mail from Dublin.

How is your anxiety level at the moment?

Surprisingly enough, it’s okay. I found it a bit of an emotional roller coaster in the first weeks and I was more anxious than I would have liked, but it’s tapered off a bit. I couldn’t stay that anxious for much longer. Life is not too bad, but I say this from a privileged position.

In the book, you examine this clashing of ideals between preppers, who have this individualistic, brutal view of the world, and the rest of us, who embrace a more collective vision. What do you see triumphing?

It’s been very interesting to see these speculative ideas play out in reality. The sort of thing that preppers would have been anxious about is kind of what we’re experiencing right now. For me, climate change was and is the big fear for the future, but the preppers tend to be more worried about global pandemics and huge economic crashes. And in a way they’ve been proven right. On the surface, in the early days people were behaving in ways that would vindicate the prepper mentality, like panic buying toilet paper. I don’t know how many bowel movements people were planning to have.

But – and this is a big but, one the book hinges on – prepper mentality is predicated on the notion that civilization is a fragile construct and the inevitable result of a catastrophe is civil unrest and the collapse of civilization. It’s very individualistic, and it’s been proven wrong in the last few weeks. There’s been anxiety and fear, but people are behaving overwhelmingly with decency and a sense of community spirit. There’s a sense that our fates are intertwined and we have to act together or we’ll fall.

The other thing that you write about in the book which we’re seeing is the exacerbating of inequality in these extreme times. You talk about billionaires like Peter Thiel and their New Zealand boltholes, and now we’re witnessing people running off to their yachts and second homes.

I never saw the book as being about the future, it was always about the looming darkness in the present. The apocalypse as an idea illuminates a lot of these inequalities and structural deficiencies. The word apocalypse in Greek means a revelation or an uncovering. It reveals things that might have been ignored. In Ireland for example, the lack of prioritizing of public health that we’ve grumbled about but have accepted at the polls, there’s an understanding that can’t go on. There are so many ways that the fault lines in our society have been shown up by this thing. Not to sound like this is a revolutionary moment but definitely there’s a shift in consciousness. I feel cautiously hopeful.

You call your phone your “eschatology handset.” Is it causing you anxiety? Are you trying to separate from it?

In the first week I was having a hard time stepping away from the news cycle. It was too much and I could feel myself getting emotionally volatile. I realized I had to take a couple of days and not check the news all the time. I’ve adapted to the chaos a bit.

People have always felt they’re living in the end times, so in a sense our panic is nothing new. In the fifth century, St. Augustine was lamenting apocalyptic fervour of Jesus’s early followers.

Yeah, he writes “if there were last days then, how much more so now?” And he’s right. I’ve never experienced anything like this, but you think it must have felt like this during the Cuban Missile Crisis, for example. The book doesn’t have much polemical intent but if it does have an underlying theme it’s that it’s always the end of the world. It recurs at times of uncertainty and shifts in power.

The book is framed with your experiences as a parent of small children. When you began, you were worried that bringing a child into the world might be “a terrible ethical blunder.” Has that feeling changed?

The book began in a period of extreme anxiety for me. I had a depressive attitude toward the world and the future and in some ways still do. But I spent so long with my head plunged in this dark vision of the future and in the middle of that we had a second child. I felt very different after. If we all stopped having kids, we’re giving in to extinction. We’re becoming the apocalypse in a much more direct way. People have always had children in difficult times, times of war and plague. Life goes on. 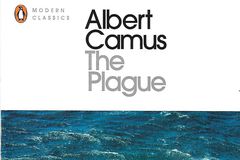 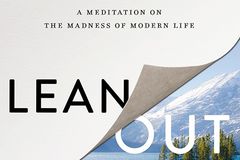