German author Melanie Raabe began her career as a journalist and stage actor. She eventually wrote, by night, her debut crime thriller The Trap in 2015, which has since been optioned for film. She returns with The Stranger Upstairs (Spiderline), where a woman is reunited with her husband after he vanished years ago. But on his return, she isn’t so sure she knows who this man, who knows her darkest secret, is. Here, the Cologne-based Raabe looks back on the books that have shaped her reading life.

When I was a child, I was absolutely obsessed with the fairy tales collected and written down by the Brothers Grimm. Before I was able to read myself, they were read to me by my grandmother. So they began my probably lifelong fascination with good and bad, heroes and villains, light and dark. Even today there are traces of the Brothers Grimm in my own writing. I think that, in a way, their stories restructured my brain forever. I also loved German fantasy writer Michael Ende’s novels a lot. My favourite was The Neverending Story. It is about a young boy who gets literally sucked into this mysterious book. After I read the novel, of course I dreamed of being able to directly explore the world contained within the pages of my favourite books – just like Ende’s hero Bastian. I still think Ende is one of the most fabulous writers ever. The movie adaptations of his books never did his powerful imagination justice.

When I was in grade school, I had the sometimes unfortunate habit of simply reading everything I found lying about the house. As it was, my mother used to read her fair share of Stephen King novels at the time. So when I found It, I delved right in. As much as King’s tale of the murderous clown Pennywise and all those uncanny things happening in the small town of Derry terrified me, I was also mesmerized and unable to put the book down. And since I was consuming the novel in secret, I read mainly at night, which made everything even scarier. I don’t think it’s an overstatement to say that It traumatized me. I’m still terrified of clowns. But I remain an avid reader of Stephen King’s books to this day. And I learned that it can be very interesting to explore the things that we are afraid of. There’s a lot to learn there.

My mother tongue is German, but I started studying English in high school. One of the novels we read at school was F. Scott Fitzgerald’s The Great Gatsby. For some reason, I was completely dazzled by it, and even to this day I know some parts of it by heart. Even though at the time I was not fully able to understand why, I fell in love with the characters as much as with the age in which they lived, and I followed the siren song of Fitzgerald’s beautiful prose right until the novel’s magnificent ending. Hilariously enough, most of my fellow students hated the book, and the discussions in class involved lots of eye-rolling and many “Who cares?” But I loved Gatsby, and I always will.

When I was introduced to a young British writer by the name of Zadie Smith during my first year at university, I was dumbfounded. Her debut, White Teeth, was unlike anything I had ever come across. Obviously, reading novels and connecting with their protagonists requires a great deal of empathy and I had always been able to empathize with characters totally unlike me. That made me blind to the fact that even though I was such an avid reader, I actually had never come across characters that were like me, that looked, felt, and spoke like me. White Teeth’s intriguingly diverse prism of characters changed that forever. One of the protagonists, Irie, felt like a fictional (and much-needed) sister of mine.

I am actually rereading my favourite book right now. I first read Jonathan Safran Foer’s Everything Is Illuminated in my early 20s, and I still wish there were a device to suck everything I know about the novel out of my brain, allowing me to read it again as if it were the first time. It’s a book about the Holocaust and about survival. It’s about roots and identity and love and friendship and forgiveness. It’s a book about stories. It is incredibly sad, unbelievably funny and just as magical and intriguing as the fairy tales my grandmother read to me when I was a child. I love everything about it, and it changed the way I look at the world, at other people and at history, forever.

Author Carol Bruneau on vital books from throughout her life Subscriber content
November 8, 2018 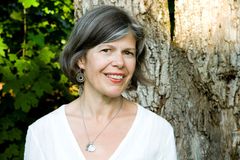 Suspense author Shari Lapena on the books that have shaped her life Subscriber content
November 6, 2018 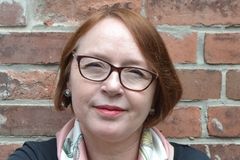 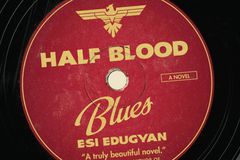