Montreal novelist Rawi Hage is in his early 50s, a period of life in which older friends and family members tend to disappear. “I lost so many for a few years,” he says. “I kept wearing that black suit.”

One he felt keenly was the death of his friend and mentor John Asfour, a Montreal poet who was encouraging him to write “when nobody else was.” Asfour, who like Hage grew up in Lebanon during the civil war, and who lost his sight in a grenade blast, was the first reader for De Niro’s Game, Hage’s debut novel that won the $167,000 International IMPAC Dublin Literary Award in 2008.

“I owe him a lot, and when he died I feel like I lost something important in my life,” Hage says. “It triggered something.” After Asfour’s death, he started writing the manuscript that became his fourth novel, Beirut Hellfire Society, his first to return to the Lebanese civil war since De Niro’s Game.

It’s a turbulent and sometimes reckless novel through which many characters blaze for a short time before joining what Hage calls “a parade of deaths.” They are linked by their meetings with Pavlov, a tough, introspective young man whose undertaker father meets his darkly comic ending when a bomb blasts him into a grave he is attending.

“It’s a conceptual novel, and a very heterogeneous book,” he says. “The way I constructed it is very surprising to me. It’s always a surprise. I don’t know what I’m going to write about, but this time, I think it was more conscious. It would be about burials and death.”

Pavlov decides the burial rituals he sees in the Christian cemetery below his house “had no meaning, that randomness was everything.” His father had obscure rituals of his own, as well as a secret crematorium for the use of those who are not permitted into Muslim or Christian graveyards. After his death, a clandestine society enlists Pavlov to succeed his father as their new undertaker.

The society, and Pavlov’s silent rejection of everything orthodox, opens the book to a parade of another sorts: of ideas about freedom, morality and especially control over the body.

“Ultimately, this book is a reflection on a society that is in perpetual struggle between theocracy and some kind of secular government, and where theocracy is winning,” Hage says. “The clergy has a total monopoly over people’s bodies” – at birth, marriage and death, but also over what one eats, who one sleeps with and innumerable other aspects of daily life, he adds.

“Lebanon is one of those places where secular spaces don’t exist,” Hage says. “I created those secular pockets, and also a new religion.”

The religion articulated by Pavlov and the tumultuous rebels he meets does not have the smooth consistency claimed by the priests of the established faiths. It’s a ragged jumble of ideas recognizable from the libertine writings of de Sade, the purgative fires of the Zoroastrians, the laissez-faire ritualism of the Gnostics and even Diogenes’s idea that the instincts of dogs are a better guide to life than anything worked out by human philosophers. Pavlov shows more respect to his dog Rex than to many of the people he meets, and Rex joins him in conversation, even after the dog has been decapitated – a miracle like many in the Bible.

The way I constructed it is very surprising to me. It’s always a surprise. I don’t know what I’m going to write about, but this time, I think it was more conscious. It would be about burials and death.

“I was dealing with extreme approaches to what a body is,” Hage says. “I didn’t take a middle ground. It’s all about excess.”

One activity that takes on surprisingly macabre associations is dancing. It’s the custom in Lebanon, Hage says, to dance at the funerals of those who have died before they could marry or have children, to symbolize the celebrations they will never have. A large number of such people went to their graves in civil-war Beirut, where young fighters killed and died every day. Pavlov and his father dance for the dead, too, but subversively, Hage says. Perhaps because dancing and lost promise are so closely linked, Pavlov decides that “nothing is more devastating than a dance.”

Many ethnic and religious minorities in Lebanon are being driven from the country by the Islamic State, Hage says, to become landless and isolated elsewhere. “There are a lot of references to extinction and how you deal with that, with a place where you no longer have any power. All minorities in Lebanon feel threatened. In 10 or 20 years, there won’t be any more Eastern Christians left in the region.” That’s a prediction of some personal weight, since Hage, an atheist born into a nominally Christian family, has many relatives still in the country. But there’s also the question of “when you stop mourning, when do you redefine yourself.”

One character who appears for a few pages early in the book reflects that “the richness and historical layers of this city are its wealth and downfall.” The flamboyant members of the novel’s secret society resist the elimination of that human richness. “Secrecy is often a reaction to injustice or intolerance,” Hage says.

In the novel’s acknowledgments, he writes, “This is a book of mourning for the many who witnessed senseless wars, and for those who perished in those wars.” But it’s also about a stark question facing those still living.

“I’m also reflecting my fears, not of death, but of the inevitable presence of death. I think I’m afraid of things that are so determined.” Beirut Hellfire Society is perhaps a testament to the desire to claim one’s freedom even when death is stealing away those you know and love every day. The dance is devastating, but the choice is there.

Opinion
Seeing as a witness: Rawi Hage on what drew him to photography
August 13, 2018 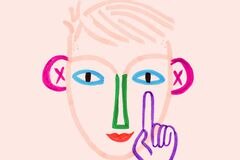 Publisher John Calder was a ‘towering figure in the fight against censorship’
Subscriber content
August 19, 2018 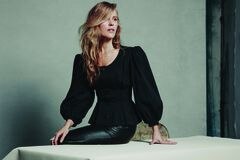