I am officially Old. Maybe not in actual years – 42’s not so ancient, right? But from an internet linguistics perspective, I am prehistoric. I came to this painful realization midway through the first chapter of Gretchen McCulloch’s Because Internet: Understanding the New Rules of Language, a delightfully accessible journey through the evolution of internet language, from the acronyms of early chat rooms to the dawn of lol and memes to the absolute minefield that is punctuation in this brave new world of digital communication. McCulloch has a master’s in linguistics from McGill University and writes a linguistics column for Wired. She also hosts Lingthusiasm, a podcast for word nerds. She still lives in Montreal and clings to “our” spellings.

What drew you to linguistics?

When I was 12 or 13, I came across a pop linguistics book, and I just kept going. One thing I really like about linguistics is that language is always there. There’s a lot of linguistics you can do while you go about your everyday life. You don’t have to be putting something under a microscope or dissecting it.

What makes digital communications – texts, tweets and so on – such a treasure trove for linguists like yourself?

Traditionally speaking, you want to do linguistics research on speech, which means you have to record people. But that’s expensive and takes lot of time – one estimate is that it takes one hour of skilled human work to process a minute of audio data. Plus, people don’t necessarily speak into a recording device the way they might speak if you weren’t around. Conversely, you can analyze text – newspapers, books – but those go through an editing process before they get published, and they’re not necessarily representative of how people talk. One of the things that’s really promising about the internet is that this stuff is already in text form, and these are things people are posting publicly, but they’re not sitting down specifically with a researcher to do it.

What’s the coolest part of this new lexicon for you?

The thing I find interesting about internet language is that it’s informal writing. It’s trying to convey the stuff we do in informal speech – tone, different dialects or ways of speaking or accents – in a specific way. Standardized English is standardized because it’s very similar, but there are many different spoken Englishes, and you can represent them in writing in very interesting ways. And this is happening in languages beyond English.

Reading the chapter on typographical tone of voice really made me take note of my punctuation, especially my use of periods.

I’ve had people say, “Oh no, I can never use a period again!” But I also hope that people who do infer tone of voice from a period can say, “This person isn’t actually mad at me – that’s just how they type.”

When it comes to conveying tone, there are a lot of subtleties going on. Early on in the internet, we had those lists of acronyms that got passed along – like, “lol” means “laughing out loud” and “omg” means “oh my God.” These days, it’s pretty hard to find an adult who doesn’t live under a rock who doesn’t know what lol means. What’s more interesting is that lol isn’t just used to mean literally “laughing out loud.” It can be used to convey more subtle meanings. Like, just because you say “I hate you lol” doesn’t mean “I hate you and I’m laughing about it.” It means “I’m joking about hating you.”

I was quite taken with the notion that dictionaries are stuck in a loop in terms of language innovation. How does the speed of evolution today compare with previous generations’ adoption of new words? Are we moving faster?

It’s an interesting question – and it’s yes and no. On the one hand, a word can go viral now in the way a funny video can go viral. But sometimes the inverse is true, because we have lot of technological tools to help us with language these days – spell-check and autocorrect and predictive text – that point us to words already in their word lists, because what else are they supposed to do? If spellcheck is going to red-underline things and say, “You meant this spelling,” sometimes this can make us more conservative.

There’s a lot of hand-wringing these days that children are losing the ability to communicate in a formal or more structured way. Is that an outdated notion?

Something I find really interesting is that, 50 years ago, back in many people’s golden age, the average person didn’t actually write much at all. After you left school, the average person may not have written much more than a grocery list or a note on the kitchen table or a postcard. The big difference with kids and even adults these days is that writing as a part of ordinary life has undergone this tremendous explosion. Young people especially – if you’re sending a text to your crush, you’re not necessarily trying to write the way people write in formal books and newspapers, but you are putting lot of thought into how your words are being interpreted. And ultimately, that’s what makes someone a good writer – that they’re aware of the effect their words are going to have on the reader, and they’re trying to control and elicit a certain type of effect, whether their goal is creating the next great Canadian novel or getting this kid to like them back.

Their teachers still need to teach them what formal writing looks like, but if anything, we should expect kids these days to be better at formal writing than kids of a previous generation, who barely did any writing at all.

What about emoji – are they going to slowly take over?

A lot of the moral panic around emoji is this idea that some of them seem to correspond to everyday objects, so what if we were to just replace everyday words with these objects? But the analogy I like to use is that emoji are like gestures. Many of the most popular emoji are hands and faces – the thumbs up, the rolling eyes, the weepy face or the clapping hands. If you compare them to how people use gestures in conversation, there are a lot of parallels. “Good job” with a thumbs up reinforces the message, whereas “good job” with a middle finger conveys something very different. 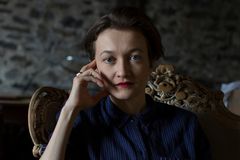 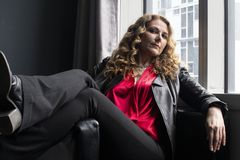