In a review of the book, which was shortlisted for the Books in Canada First Novel Award, Canadian novelist Marian Engel wrote, “It’s real, and it’s moving. … It speaks sensibly, amusingly and passionately of and for its community.”

Mr. Phillips, who was known as Ted, went on to write a total of 12 novels – almost all of them set in Westmount – including Buried on Sunday, which won the Crime Writers of Canada’s Arthur Ellis Award in 1987.

His mystery novels featuring Geoffry Chadwick all had “Sunday” in their titles, a cheeky play on the nursery rhyme phrase, “But a child born on the Sabbath day is fair and wise and good and gay.”

Sunday’s Child drew immediate attention for its out protagonist and found fans in the gay community and beyond. Dean Cooke, who published some of Mr. Phillips’s early novels with Seal Books and later served as his agent, says the books also helped raise the profile of locally written mysteries in Canada, and triggered a change in book-buying trends.

“He was writing mysteries set in Canada at a time when those were difficult to sell,” says Mr. Cooke, who notes Canadian mysteries now dominate the bestseller list.

Mr. Phillips’s former publisher, Marc Côté of Cormorant Books, calls him “the epitome of a gentleman; he wrote comedies of manners, entertaining mysteries that relied on his readers’ understanding of social conventions. He was an astute observer of human foibles.”

Indeed, Mr. Phillips considered himself a social novelist. “Although I have been called a ‘mystery’ writer, a sobriquet harder to shake than that of a shoplifter or student activist, I consider my books to be social novels. Any slight element of mystery or suspense is there to illuminate character and not provide thrills or shivers,” he wrote in 2012 for Open Book Toronto, before the release of his last novel, A Month of Sundays, his sixth book featuring Geoffry Chadwick.

Mr. Phillips published his first novel at age 50, and had a few careers before that: He was educated as a lawyer and completed two master’s degrees at prestigious schools in the U.S. before becoming an English teacher in Montreal. He then trained in the visual arts and briefly worked as a painter.

After his death on May 30, some of his former students from the 1960s wrote letters to his family, recalling his influence and kind support.

Mr. Phillips died of heart failure, a long-standing health condition that worsened after he contracted COVID-19. Mr. Phillips was also suffering from the early stage of Parkinson’s disease.

Edward Openshaw Phillips was born on Nov. 26, 1931, in Montreal. His parents were Dorothy (née Skaife) and A. Lovell Phillips, a businessman who at one point served as president of the Canadian Red Cross. Ted was the youngest of three, brother to Grace, the eldest, and L. Philip.

Ted was very bright and started his education at McGill University and then went on to get a bachelor of civil law degree at the University of Montreal. His class, which graduated in 1956, included future Quebec premier Robert Bourassa and Antonio Lamer, who went on to become chief justice of the Supreme Court of Canada. He stayed close friends with some of his classmates from that time.

Deciding that he didn’t want to practise law, he moved to the United States and first did a master’s degree in education at Harvard University and followed it up with a master’s in English literature from Boston University. Upon his return to Montreal, he spent seven years as a teacher: first in the Montreal English public school system, then at the private school Selwyn House.

It was around this time, in 1966, that Mr. Phillips met Kenneth Woodman at a bar, recalls his niece Martha Hancock, daughter of Mr. Phillips’s sister, Grace. “They just fell for each other,” she says. “They were a wonderful team.” Mr. Woodman was a pianist and music professor at McGill University. Within a few years, the two moved in together in a home in Westmount.

In the 1970s, Mr. Phillips returned to school to become a visual artist, studying at the Visual Arts Centre in Westmount and elsewhere. He worked briefly as a painter. “It didn’t go well,” Ms. Hancock recalls.

He then took up writing, and found success with his first book. Mr. Phillips published regularly over the next three decades, often interspersing Sunday mysteries with books featuring different characters, and some were not mystery stories.

(While Mr. Phillips’s early books have gone out of print, ReQueered Tales out of Los Angeles has released two of his titles in digital form. In fact, Sunday’s Child was the company’s fifth release, coming out in 2019.)

Notably, 1998’s No Early Birds features a mystery revolving around a garage sale. Friends and family say his exploration of that topic was inevitable. “He was a dedicated aficionado of garage sales,” Mr. Cooke says. “He’d buy horrible, ugly, outrageous things at sales and send them to you.” Mr. Cooke says he still has a ceramic frog Mr. Phillips sent him years ago. Ms. Hancock has kept an old ashtray, using it as a butter dish. He gave generously – both vintage items and new ones – and also happily received quirky gifts. She recalls giving her uncle an “awful lamp with a china moose on it” that he adored.

He and Mr. Woodman were known for their large dinner parties, held for friends in literary circles, and for faculty from McGill, complete with gourmet meals prepared by Mr. Woodman, plus plenty of cocktails. “He was a fun uncle,” Ms. Hancock says.

Mr. Phillips was predeceased by his partner, Mr. Woodman, who died in 2018. He leaves his brother; a nephew, Lewis Hancock; nieces, Kate Hancock-Cooke, Martha Hancock and Emma Hancock-Kourkopoulos and many great-nieces and great-nephews. 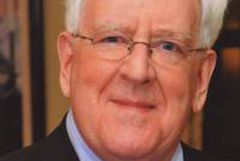