The fall is just bursting with amazing books for kids and teens – here are a few of the latest offerings to send your young readers on some fantastic adventures.

Using the biblical story of the Tower of Babel as a jumping off point, JonArno Lawson’s The Playgrounds of Babel, illustrated by Piet Grobler (Groundwood Books, 4-8), beautifully explores not only how we use language, but also the barriers we erect around us when we don’t understand what someone else is saying. It’s a story about friendship, the power of story and how key it is to ask questions. Grobler’s zany gouache, collage and pen and ink illustrations both help to deepen Lawson’s playfully inventive story as well as take it to exciting new places.

Asking questions is also at the heart of Just Because by Mac Barnett, illustrated by Isabelle Arsenault (Candlewick Press, 4-8) “What is the rain?” asks a little girl, tucked up in bed, not quite ready to sleep. Why do the leaves change colours? Why is the ocean blue? Rather than saying just because, her father provides her with a series of wonderfully imaginative answers that may not provide the facts, but are sure to stimulate some amazing conversations. Isabelle Arsenault’s pencil and watercolour illustrations beautifully extend this gently philosophical picture book.

One is a Lot (Except When It’s Not) by Muon Thi Van, illustrated by Pierre Pratt (Kids Can Press, 3-7) is a book about counting and number values as well as a delightful story about a day at the park. Two pieces of bread to feed the ducks might seem too little when there’s a mother duck and four ducklings, but zero pieces is nothing at all and one piece is not quite enough. Sometimes two is too much (especially when you’ve got two dogs pulling at their leashes) and sometimes zero is just right (like when there are zero clouds in the sky). Pierre Pratt’s wonderful pencil illustrations add to the fun and make this story come alive.

Small in the City by Sydney Smith (Groundwood Books, 4-8) is one of this fall’s most stunning picture books with a story told partly through Smith’s luminous ink, gouache and watercolour illustrations and partly through the lyrical text that takes us on a magical journey through snowy city streets. As we follow our narrator making his way through the bustling streets with honking taxis and the pounding of construction sites, we discover just what it’s like to be small in the city. He tells us what alleys make good shortcuts, where the best places to hide are and where you might find a warm dryer vent to curl up underneath. But Small in the City isn’t just about moving through busy streets, it’s about a search for a missing friend. Pay close attention to Smith’s exquisite illustrations to find out just who is missing.

The Very, Very Far North by Dan Bar-El, illustrated by Kelly Pousette (Atheneum, 8-12) is a playful novel for young readers that takes them on a journey to a very, very far north where compasses get confused, chronometers lose confidence and things are very, very chilly. But it’s also a world “peopled” by some very unusual animals, including Duane the polar bear and his friends Handsome the muskox, C.C. the snowy owl and Twitch the rabbit, among others. It’s a gentle fantasy filled with good humour that will engage readers who like stories about talking animals with a soupçon of adventure to keep things interesting.

Hartley Staples has a lot to deal with – his middle school career is coming to an end and he has a major school project to do, but he feels completely disconnected from the world since his older brother, Jackson, ran away. Nothing has meaning any more. But then he discovers a beautiful handmade postcard inside a library book and then a second at the grocery store and suddenly everything changes. Cary Fagan’s comically mysterious The Collected Works of Gretchen Oyster (Tundra Books, 10-14) is a novel that offers readers a wonderful puzzle to unravel – just who is this Gretchen Oyster who creates these unusual postcards? – but also explores some serious issues around mental health and how it affects families.

It’s hard to describe The Starlight Claim by Tim Wynne-Jones (Candlewick Press, 9-12) because it has so many layers – it’s a brilliant mille-feuille of a novel – a survival in the wilderness in the middle of winter story, with a pair of escaped convicts thrown in who are trying to kill you while you’re also trying to find out what really happened to one of your closest friends who died in a tragic accident. And your one ally is your grandfather, who you’ve never met before for reasons too complicated to explain in this review. It’s a novel that beautifully draws on Wynne-Jones’s 1995 Governor General Award winning novel, The Maestro, but isn’t a conventional sequel by any means (although readers might just want to go back and read the earlier book after reading this one). It’s thrilling, chilling and absolutely compelling and beautifully written. It’s a novel about growing up, being betrayed and redemption, and it packs a magnificent punch. A must-read novel by one of Canada’s greats.

Break in Case of Emergency by Brian Francis (HarperCollins Canada, 13+) is one of those novels that just about breaks your heart. At 15, Toby Goodman, is still so haunted by her mother’s suicide that she can’t make sense of her world or her place in it. She locks everyone out – the grandparents she lives with, her best friend, Trisha and Trisha’s brother, Mike, whom she briefly dated. She’s not good enough, her life’s meaningless and she’s just going to end it all. And then, out of the blue, the father she’s never met, who didn’t even come to her mother’s funeral, appears on her doorstep – a man her mother described as magic but has never played any role in Toby’s life, a complicated gay man, one of the world’s great female impersonators, but also someone who abandoned Toby and her mother. Francis beautifully explores issues around mental health and suicide in a story that packs a powerful punch and stays with you long after you close the book. 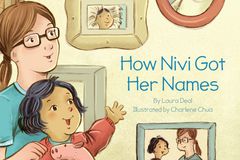 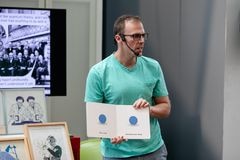 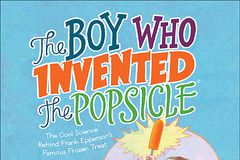