Chris Ware has been considered by many to be one of the greatest living cartoonists since the publication of his graphic novels Jimmy Corrigan, the Smartest Kid on Earth and Building Stories. His latest, the nearly two-decades-in-the-making Rusty Brown, a series of interrelated stories about several characters living in Ware’s birthplace of Omaha, Neb., told in the artist’s trademark emotionally gutting style, will no doubt cement that reputation even further.

The earliest of these stories was created almost 20 years ago. Has your approach to your work and characters evolved in the interim?

Jeez, I certainly hope so. If I’m not a more sympathetic person who’s more attentive to the nuances, uncertainties and strangeness of life now than I was two decades ago, then I’m a failure as an artist, a writer and especially as a human being. I hope such a development is obvious in the book itself; cartooning is a visual language, which more than most allows for an almost palpable sensing of these slow shifts in the artist/writer’s temperament through what we think of as “style,” which is really just a melange of influence and convictions that intuitively dispenses what the artist believes to be important about him - or herself and, really, about life itself.

I frequently cite the transmogrification of Charlie Brown over the 50 years that Charles Schulz drew him as an example of this phenomenon, from the drafted disc of the 1950s to the shaky ideogram born of Schulz’s handwriting when he ceased drawing the strip in 2000. Although each seems to embody different priorities, as I’m sure Schulz himself did at age 28 versus age 78, they’re all, in both drawn and human versions, the same Charlie.

Novelists often say they find the writing process painful. I’ve always assumed, perhaps misguidedly, that this wasn’t true of graphic novelists. Is there a catharsis for you in creating these stories, or is it just a different kind of torture?

Well, at risk of sounding a little annoying, drawing a graphic novel takes an extraordinary amount of time. To reproduce the sensation of life on the page (i.e. of time actually passing at a rate that’s commensurate with human experience and memory), measured in quantities of time drawing versus time reading, requires roughly 1,000 times the effort. In other words, it takes me an hour to draw just one panel which the reader will skip through in a second or two. I’m not complaining, though: I think the strange, multivalent richness of consciousness that Nabokov envied when he lamented that memory was as much if not more a series of images than words is, in the long run, worth it.

I don’t know of a single happy cartoonist, anywhere. But as far as I’m concerned, my happiness isn’t the issue – in fact, it’s beside the point. The point is getting the feeling of life on the page as vividly, emotionally and truthfully as I can, and to try to create characters who are smarter than me, however weird that might sound (which in fiction, strangely, it isn’t).

Finally, all of the people I draw are just as uncertain about the outcomes of their own lives as we all are, but I try to draw the stories in a way that directly offers an argument to the contrary; i.e. to show in the accumulation of the images that life is, fundamentally, beautiful.

What part of the book-making process gives you the most pleasure?

Being done with it.

I found Joanne Cole in Rusty Brown to be one of your most movingly rendered characters. Given the discussions happening these days about the politics of representation, did you have any trepidation about depicting the inner life of a black female schoolteacher in the early 1970s?

This aspect of the book filled me with the most doubt. America is at a moment of a much-deserved reckoning that’s been boiling for more than 400 years, and there’s no question that the election of Donald Trump and the right-wing movements metastasizing in parts of Europe are reactions to the inevitable (long overdue) erosion of religion-justified white supremacy. That I’ve somehow indirectly benefited from such a power structure is unquestionable; the evidence is everywhere in America. At the moment, that it’s probably considered more acceptable for me to write a story about a murderer and/or a psychopath (see: pretty much every mainstream television or movie drama of the past 80 years) than an African-American elementary teacher highlights a lot that’s wrong with our country. It’s the role of the artist to portray experiences as truthfully as is possible while admitting whatever benefiting role in the crime he or she might have had – but, of course, all within the artist’s limitations, experience and understanding. Otherwise, it won’t “work.” There’s no hard-and-fast rule toward that end; one just has to do one’s best and be ready to fail. Or, put most simply, as Malcolm X did, “I’m a human being, first and foremost.”

Shame, self-loathing, isolation and fear of abandonment are constants in your work. Do you think of them as the ties that bind us, or just some of us?

The simple fact that we all know the meanings of those words suggests that they bind us, but for a child growing up in a comfortable neighbourhood versus one sold into human trafficking, I’m sure their relevance would be considerably different. In my own case, not knowing my father and feeling “abandoned” was an ever-present part of my identity growing up. Once I actually met him, however, that part of my identity vanished, as I should have let it years before. I wish I had been kinder to him; I can’t fathom the horror of having a child and not seeing him or her grow up. In most ways, the experience he had was so much worse than mine, but it took me maturing into a parent myself to realize it.

Which cartoonists do you most admire these days?

All of them, especially those who push the medium to ever more finely express the experience of being alive, the uncertainty of memory and the fragility of human relationships. Fortunately, there are hundreds working at the top of their form now, but when I was young there were, like, 20. I would like to especially highlight the efforts of Jerry Moriarty, who brought genuine quiet and poetry to comics, his most recent book, Whatsa Paintoonist?, being the most oddly titled book that’s ever made me cry.

Emily Donaldson is the editor of Canadian Notes & Queries and Best Canadian Essays, 2019

Book Review
When is a book like a building? When Chris Ware is the author
October 5, 2012 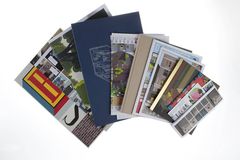 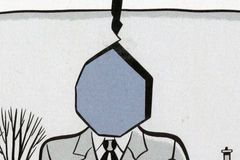 Chris Ware
October 28, 2005
Follow us on Twitter @globebooks Opens in a new window
Report an error Editorial code of conduct
Due to technical reasons, we have temporarily removed commenting from our articles. We hope to have this fixed soon. Thank you for your patience. If you are looking to give feedback on our new site, please send it along to feedback@globeandmail.com. If you want to write a letter to the editor, please forward to letters@globeandmail.com.
Comments