Patricia Lockwood’s first novel, No One Is Talking About This, is the first-person story of a woman addicted to Twitter. “On a slow news day,” she declares (always in short bursts), “we hung, suspended from meat hooks, meat hooks dangling over the abyss. On a fast news day, it was like we’d swallowed all of NASCAR and were about to crash into the wall. Either way, it felt like something a dude named Randy was in charge of.”

Funny, huh? Precisely the sort of witty sentence you’d expect in the first novel of a contributing editor to the London Review of Books who is also a well-known meme-ist (she pioneered the amusing sext trope on Twitter) and author of two best-selling books of poems (as well as the internet-famous poem, “Rape Joke”) and a prize-winning memoir, Priestdaddy (about growing up, complete with virginity vows, with a conservative father who quit the Navy to become a Catholic padre).

But halfway through this account of life in “the portal” (the term is from Wordsworth: Lockwood is an endlessly allusive writer) her sister gives birth (because of the difficulty of qualifying for an abortion in Ohio) to a child with an exceptionally rare condition known as Proteus syndrome, the affliction made famous by the Elephant Man. All this actually happened in Patricia Lockwood’s life. Whereupon the narrator abandons Twitter, and No One is Talking About This transmutes into a chronicle of her days spent with a blind, nonspeaking, doomed but clearly sentient infant. Her previous Twitter life, a life of the mind lived within the hive mind (“the stream of a consciousness that’s not entirely your own”) evolves into the story of her body reaching out to another, more mysterious body. This is a book about radically different forms of the same, always rare entity – human intimacy.

Patricia Lockwood spoke to Ian Brown – not on Zoom, but simply on the phone. “I prefer it,” the speedy minded social media maven (100,000 followers on Twitter) admitted. “I’m not dirty, but I’m not perfect.”

You moved around a lot, growing up in what you call “some of the worst cities in the U.S. midwest.” Was that conducive to creating a main character who moves around a lot on social media?

Transience enters into that aspect of her personality. But it’s also mandatory to the current conditions of being a writer – you’re sort of on the festival circuit, you do a reading and then you’ll do a residency for a night at some college. And if you’re lucky, you’ll get invited to Europe and Australia and New Zealand. And all of these things have been a part of my life for the past couple of years up until COVID came along. And then all of that came to a screeching halt.

You’re a very free-spirited and unconventional writer. Who do you admire and who do you read?

The piece I wrote about Elena Ferrante [the once-anonymous author of My Brilliant Friend and the three other Neapolitan novels] was one of my absolute favourites. I truly felt like I was in communion with her.

And you might be interested to know, as a Torontonian, I’m working on a Marian Engle piece right now. I started writing about Bear because it’s being reissued in the U.K., and I thought I would just write about Bear. And then I got mad. I was like, well, everybody only ever just writes about Bear. And so I started delving into all of her unread work and her journals and her letters, all of the work that Christl Verduyn has done on Marion Engle. I felt that she had been somewhat neglected. Because you know, when people talk about Bear, it’s the book where a lady has sex with a bear, right? And there’s not much of a greater sense of her as a writer. So I felt that she was unfairly done by.

[Otherwise] I feel like I go back to the standbys. I do read people like Joseph Mitchell and Joan Didion and Janet Malcolm, Rebecca Mead, lots of people.

I think it’s because Twitter is one of those places that is hugely and largely verbal, where language takes primacy. It was also the place that up until a couple of years ago was really more about jokes and creativity than about your actual life experiences. Where your personality could go wild, [but] you wouldn’t want your family or your coworkers to find you there.

Over the period that I was writing this book – in spring of 2017, after the U.S. election had taken place – it became a charting of that, a wistful look back to a time when Twitter did feel like it was more about human idiosyncrasy, human creativity. As opposed to this later period where it felt like we had all moulded ourselves to a sort of giant personality. It hasn’t really changed back. Everything we did was a reaction to something [Donald Trump] said, or an attempt to digest something he had done. Which, of course, is very unhealthy. But what else could we do?

You claim in the novel that Twitter allowed for the rise of Donald Trump and that we ought to be ashamed that we didn’t figure it out.

There were so many points along the route at which he should have been stopped, and it felt like he could have been stopped. But in the end, nothing ever did it. I was wondering the other day why it feels so peaceful and productive to commune with a single human mind, in the form of reading a novel, as opposed to the feeling of communing in the portal with a hundred thousand human minds. I think we were cut out for the smaller scale. [Trump] was allowed to exist at a proportion that I feel no human being has ever been allowed to exist before. And the fact that he was already a dictator and a tyrant only made matters worse.

You claim some things that get written on Twitter seem true at the time, but not later, when reread.

Well, maybe a better word than true is incomplete. A lot of times I’ll go back and I’ll find a joke written in meme language, if that makes any sense. Even the title of the book, No One Is Talking About This, is from the meme language of Twitter. And something about that will appear to me as cheap or unworthy – the fact that I’m using a format that had already existed, that I didn’t invent. Maybe what I’m missing when I go back and I read this particular post, is my own personality. It’s the communal personality that I’m reading.

The book takes an amazing turn halfway through. The narrator’s sister gets pregnant, and can’t get an abortion because of state laws where she lives, and gives birth to a child with a fatal syndrome. And all of this seems to be something that actually happened in your life.

Yes, this is a situation that happened with my sister in real life.

Suddenly Twitter becomes much less compelling to you. Why?

It became something I couldn’t talk about in that place. There are people who have made beautiful and instrumental usage of the portal when they had people in their own lives who were terminally ill, children who were dying. I did not feel like I could do that, because my dying niece was not my own child.

Was there any indication of how severe her intellectual delays would be?

And that didn’t seem to be true. She was about six months old when she did pass away. And it was a time of great flowering, where she was expanding to take in all the stimulus we were offering her. So we don’t know what else would have been true about her. But we have that fact, and it’s very precious to us.

I never know how much to glorify those moments when someone with a severe disability shows you how important a small thing you take for granted can be. Some parents call their disabled children angels for that reason, which drives me crazy. But there is always something happening, however hard to is to see.

It’s like an acre of richness. I think that what needs to be true is that you don’t expect to get anything. Because for us, it was such a limited period of time, six months and one day, that for me I was then setting down the record of this person who we had been told would never be able to learn to do any of these things. And who exceeded her own grasp so wildly, it felt like she exceeded all of our grasp, our human grasp, entirely.

Maybe the second half of the book seems so valuable because I’m not always a person who is in my body. I have a tendency toward absent-minded professorship. A lot of writers do. Maybe that time [with my niece] was doubly precious because it was given to me, for maybe the first time, to be completely, squarely, in my body in such a way that I couldn’t deny that that’s where I had to be. 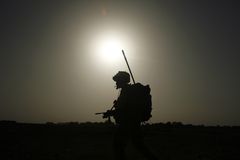 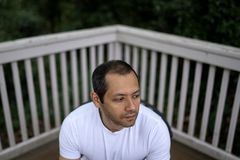 Four books on why protecting trees is a matter of survival — ours and the planet’s
July 30, 2021 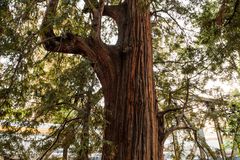