Fraser Sutherland described himself as a “card-carrying cultural nationalist.” He remained so throughout his life, while becoming increasingly irritated by the paths followed by Canadian literature, criticism and publishing. A poet, editor, educator and lexicographer, he died on March 28 at the age of 74, at Toronto General Hospital as a result of complications from heart surgery.

Fraser Roderick Sutherland was born on Dec. 5, 1946, in Pictou County, N.S., the youngest child of Russell and Mary (née MacHardy). Raised on the family farm in Scotsburn with his older brothers, William and Hugh, he was not meant for farming life.

“Fraser was not known for physical ability, and he knew it,” recalls his friend, Montreal bookseller Adrian King-Edwards. “A classic story Fraser told involved trying to impress his mother by riding a bicycle with no hands – and running head-first into a woodpile.” Of his two parents, Mr. Sutherland was closer to his mother, a schoolteacher with a passion for art, history and books. He would credit her for encouraging his literary pursuits.

Mr. Sutherland attended University of King’s College, in Halifax, before moving on to Carleton University, where he earned a bachelor of journalism (honours). By the time of his graduation in 1969, he had already written for a number of newspapers, including the Halifax Chronicle-Herald, The Wall Street Journal, The Globe and Mail and the Toronto Star. And yet the year after earning his degree, Mr. Sutherland left the world of journalism and moved from Ottawa to Montreal’s “McGill ghetto,” intent on pursuing his literary aspirations.

He recalled this time in a 2007 interview with Alex Boyd: “I started out as a newspaper reporter, thinking that I would follow in the footsteps of Hemingway and many others, and that it would give me experience. That was a delusion because, for a writer, anything and everything is experience.”

In 1972, Mr. Sutherland published his first book, a collection of poems titled Strange Ironies, followed six years later by Madwomen, a collection edited by Al Purdy. In the lengthy introduction, Mr. Purdy wrote: “The world-view is definitely pretty black, but is alleviated by a subdued chuckling at all our foibles, including Sutherland’s own.”

Nowhere is this black world-view and the poet’s penchant for black humour more in evidence than in Jonestown (1996). A book-length poem about the 1978 murders and mass suicide led by cult leader Rev. Jim Jones, it is generally considered Mr. Sutherland’s finest poetical work. Among Mr. Sutherland’s books of prose are The Monthly Epic, an ambitious two-century history of Canadian magazines, and The Making of a Name: The Inside Story of the Brands We Buy, which he co-wrote with Steve Rivkin. The latter was informed by Mr. Sutherland’s work as a lexicographer. He served as editor for nine dictionaries and thesauri, among them the Fitzhenry & Whiteside Canadian Thesaurus, Random House College Thesaurus and Encarta World English Dictionary.

Mr. Sutherland’s bibliography provides an incomplete record of his influence on the world of letters. In 1971, he founded the literary magazine Northern Journey. Steeped in the cultural nationalism of the day, it appeared infrequently in varying formats, and was not without controversy. An early issue included a short story in which Margaret Atwood, a contributor, featured as a character. Ms. Atwood’s lawyer, present-day Supreme Court Justice Rosalie Abella, demanded an apology on behalf of her client, along with the retrieval of all copies. Mr. Sutherland’s refusal brought a boycott from the fledgling Writers’ Union of Canada, which in turn resulted in resignations.

“I had nothing to apologize for,” he maintained. After Northern Journey folded, Mr. Sutherland became managing editor of Books in Canada. For three decades he reviewed Canadian poetry for The Globe and Mail, his criticism at times prompting self-justifying letters from poets and publishers. He recognized that it made enemies: “The fear of being ostracized prevents many people from reviewing honestly, or reviewing at all. It’s as if they follow the moth-eaten piece of advice, ‘If you can’t say anything good about someone, don’t say anything at all.’ Consequently, Canadian literature is starved of productive dialogue between readers and writers.”

Mr. Sutherland encouraged that dialogue, both within Canada’s literary community and without. He was inquisitive, travelling the world, whether welcoming students to his wood-panelled office as writer-in-residence at the University of Edinburgh or staying in a low-rent hotel in Bogota. He returned from the latter with a broken wrist after he chased a mugger who had stolen his watch and subsequently attacked Mr. Sutherland with a two-by-four.

A broken wrist in trying to retrieve a wristwatch.

The irony is obvious.

Mr. Sutherland’s friends were invited to an annual backyard party held each August at the Helena Avenue home he shared with his wife, Alison (née Armour). His friend John Pepall remembers: “There were so many people. Not just old friends but new. No one was a nodding acquaintance, not one was an embellishment. I think Fraser provided support to some, including financial support, which he could ill afford.”

The last 12 years of Mr. Sutherland’s life saw some of his finest work, most notably the biography Lost Passport: The Life and Words of Edward Lacey. Mr. Sutherland’s most recent book, the poetry collection Bad Habits, was published in 2019.

These accomplishments came in the midst of personal tragedy and significant health challenges. His only child, Malcolm Sutherland, struggled with psychosis. In 2009, he died in his sleep after Christmas celebrations. Mr. Sutherland’s wife of 40 years, Alison, died in 2018. During this same period, Mr. Sutherland suffered a stroke and in January he underwent a heart operation from which he never recovered.

At the time of his death, Mr. Sutherland was working with editor Russell Smith of Dundurn Press on The Book of Malcolm. “Typically, Fraser’s last book is not about himself,” Mr. Smith says. “It is an attempt to honour his son’s life, to give dignity to a story that might be simplified as one solely defined by illness. And it is written with resolute acceptance of – even an intellectual curiosity about – grief and death. To the end, Fraser was not writing about his own loss, but doing something for someone else.”

Mr. Sutherland leaves his brother, William; brother-in-law, Robert Armour; and sisters-in-law, Pauline Strunk, Rosemary Armour and Liza Vandermeer. Family and friends will gather in celebration of his life later in the year.

Review: The Philosophy of As If, by Fraser Sutherland
August 20, 2010 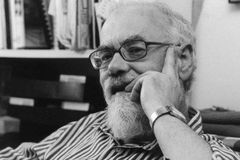 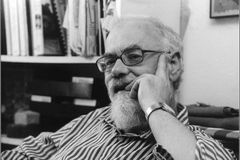