Bruce McCall’s second memoir, How Did I Get Here?, is a chronicle of the Canadian writer, artist and humourist’s creative coming of age, starting with his 1940s childhood in sleepy Simcoe, Ont., and moving through Toronto, Windsor, Detroit – and finally, to the bright lights of New York City, where McCall worked in advertising at the height of the Mad Men era, then later as a writer for the fledgling National Lampoon and Saturday Night Live, before landing at The New Yorker, where his writing and cover art has graced the magazine for decades.

You talk in your memoir about your early love of illustration by Norman Rockwell and others. What about those artists captivated you in a way that, say, photography didn’t?

It was, and is, the “idealized” realism I loved, how Rockwell captured the mood of a moment or a town – a town that reminded me of where I was living, in Simcoe. As I wrote in the book, his characters couldn’t exist in the real world, but Rockwell documented the places, things and rituals of everyday American life with absolute, sometimes stunning, fidelity. Perhaps my favourite artist was the comparatively lesser-known Robert Fawcett, who was similar to Rockwell in terms of content if not style. Capturing movement was important to me, and their work was like a lens that landed on a moment in motion, in suspended animation. Rockwell and Fawcett cut life down to the instant that it’s happening, and that was attractive to me and made me want to imitate it. The moments are a little broad and cliché, but the movement and character of the work was original. Austin Briggs, Bernie Fuchs, Peter Helck, Bruce Bomberger, Mead Schaeffer and Chesley Bonestell held niches in the pantheon. Stephen Dohanos was an example of what I did not like and of what I wanted to avoid – his work was night-and-day different from what I appreciated about Rockwell, lacking the insight and plain talent. All together his work was not cynical enough for me; too many cheap jokes, too generalized. People weren’t real, but caricatures.

My dad was a great photographer – everyday-life subjects, nothing heroic. I enjoyed them; he had an eye. As I’m fond of repeating in How Did I Get Here?, I wanted to stay away from him any way I could, so I stayed away from photography too.

You write that your first overpowering feeling was “a sadness beyond my ability to comprehend.” Was writing this book, and others, an attempt to comprehend it?

The section in the book you reference describes a sadness I picked up on outside of myself, that then affected me, related to the war – World War Two – that was beginning as I was growing up. I found it very sad that these young men were doomed to be slaughtered and killed in the war, and the sadness of that was palpable. It was such a clash against the smoothed-over images of propaganda I saw on posters and heard described on CBC.

In a way, my autobiographical writing is a coming-to-terms, or an acceptance of the difficulty of that time.

You lived through the Mad Men era of New York advertising. How accurate was that show? Which character are you?

Based on my experience in that era, the show was very accurate. I enjoyed watching it. In a way I knew and worked with some version of all of the characters, but I don’t exactly identify with any of them – except for those who escaped it, if there are any.

I recognize the world of Mad Men but don’t identify as having been a “Mad Man” myself. The most I ever drank at one meeting was three Rob Roys, and it made me sick.

I loved advertising – if not as a profession, then as a genre. I made my living that way up until the late ’80s. I didn’t do much illustration within my advertising duties, more writing, so my experience in that field defined and refined that part of my work. I’d write very differently if I hadn’t worked in advertising. Semicolons and the word “and,” they were banished because they were dead weight typographically. [That] economy influenced me throughout my life.

As you point out in the book, drawing and writing are skills rarely possessed simultaneously. As one of the anointed few, did you ever consider writing a graphic novel after Art Spiegelman and others brought the genre mainstream?

I did not have a background in comic books. As a kid I was more interested in reading “literary” books by Charles Dickens or Don Marquis – he had a story about jumping on the keys of a typewriter that I loved. I did devour stacks of Punch and Chums magazines, which did have many cartoons and comic elements.

I was never a reader of graphic novels in general, but I do love Maus. I didn’t quite understand how to take it in at first, but eventually I came to appreciate it deeply. I met Art early in my career with The New Yorker, and he and his wife, Francoise, the art editor for the magazine since 1993, are longtime close friends to me and my family. There are a few artists in the graphic novel genre whose work I admire – Chris Ware, for example. Seeing the level of obsession and genius behind that level of comic art gave me a new respect for the genre.

You’ve trashed your homeland in several books now. In this one, you accuse Canada of having “a wallflower mentality and a bland tolerance for mediocrity.” To your point, your work and life prospects seem to have blossomed shortly after you departed these shores. In the intervening years, particularly the last four, has your Canadian-ness felt like an albatross? An advantage?

My attitude has not changed much since I left. It wasn’t my intention to “trash” Canada. I love Canada and am still a Canadian citizen. People have asked me if I’d consider moving back to Canada, more often during Trump’s presidency. I’m proud to be a Canadian, but I don’t want to live in Canada. Canadians living in America understand. Sometimes it’s an albatross, sometimes it’s an advantage.

I believe it’s true that Canada is a good, decent place, even if some of what I wrote has garnered some hate mail over the years. At the same time it’s difficult to even separate “Canada” from “being Canadian” – that is, being myself. But, as I wrote in the same passage you quote from, I was too antsy and too restless for the Canada of that time. It might be different now.

Your passion for cars is a through-line in the book. Do you still love them?

My love for cars has been steady over these years, but has changed and developed. I’ve outgrown the boyish thrills of speeding race cars and so on, but my interest in the elements and details of design has only grown. I even have a collection of models on a shelf across my desk. Maybe that is childish, I don’t know; they’re my favourite thing to paint and I love having them around even if I’m not driving them anymore.

What has your experience of the pandemic been like? What have you been reading or watching during this time that you’d recommend?

As with most everyone, I’ve been cut off and somewhat isolated during the pandemic. But, as always, books have been good company. Some of my recent undertakings include a biography of Thomas Edison – Edison, by Edmund Morris. Then there was The Bombers and the Bombed, a stirring summation of the Allied war from 1940-1945, by Richard Overy. Then the fantastic WC Fields: A Biography to balance the scales a bit. Currently I’m getting started with Inside Story, the new novel by Martin Amis. He cares about everything so much, and is such a great writer – sometimes I admit I don’t know what he’s talking about entirely, but I’m eager to keep going with it. As for watching, at some point every night there is a European crime show on here. Spiral is one show that has managed to pull me in. 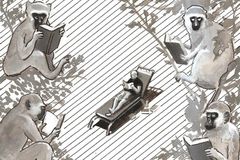 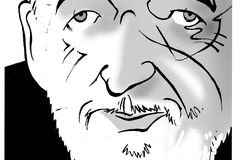