Jamaican-Canadian poet Lorna Goodison is the 2019 recipient of the Queen’s Gold Medal for Poetry. On conferring the illustrious prize, U.K. poet laureate Simon Armitage described her work as “enchanting," “socially aware” and “firmly rooted in her Caribbean heritage.” Goodison, who is the current poet laureate of Jamaica, has published nearly a dozen books of poems and received the Commonwealth Writers Prize for the Americas in 1986 for I Am Becoming My Mother. She has written several books of short stories as well as an award-winning memoir, From Harvey River. A book of essays, Redemption Ground, also is now available. Goodison divides her time between Jamaica and the Canadian West Coast where she resides with her husband, author Ted Chamberlin. Goodison spoke to Donna Bailey Nurse from Halfmoon Bay, B.C., about the pain and possibilities of poetry.

What did you feel when you learned you had been awarded the Queen’s Gold Medal for Poetry?

I was at home in Jamaica when I received the most cryptic message from Simon Armitage. I thought he was just going to ask me to recommend somebody for something. But he said, “We [the committee] just met and we wanted to offer you the Queen’s Medal. Would you like to accept?” I could not speak for a few seconds. Then, of course, I said yes! Afterward, I sat in the backyard and listened to the birds and just cried.

You are currently winding up your term as Jamaica’s Poet Laureate. How did you see your role, and what are you most proud of achieving?

I wanted to work with young people. I started the All Flowers Are Roses program for girls with poet Cherry Natural. We taught poetry and self defence. There is a connection between self-defence and self-expression. The girls learn that no means no, and out of that we get a lot of interesting poems. I also established a set of prizes for young poets. The Helen Zell Prize is offered in conjunction with the University of Michigan. I established three additional prizes with the winnings from my 2018 Windham Campbell Prize. And we published an anthology called New Voices containing the poet laureate award winners.

Does the Jamaican language (patois) lend itself to poetry because it is so idiosyncratic and so intimately attached to lived experience?

I think Jamaicans do have a head start where poetry is concerned because our speech is so musical. It doesn’t sound like English because the music is built in.

Is it true that you began to write poems after the death of your father?

The poet Rabindranath Tagore said that many people come to poetry from being broken in some way. When my father died I really wanted to cry out about it. I was 15. I had started writing up my little feelings when I was seven or eight. I was doing it because it was just what I did. But when my father died, I began to look at poetry as though it was an integral part of my life.

You often talk about your writing career as if you were dragged into it kicking and screaming. Is that true?

I was a reluctant public person. I trained as a painter in Jamaica and New York. I had this notion I would go somewhere and paint, like Portland [Jamaica]. A lot of artists went to Portland. In retrospect, I am very grateful for the way my writing gift developed. There is a danger in anointing yourself as a writer because you are the one making it up. When it happened to me, it was the result of a process going on under the surface.

How did your first collection, Tamarind Season, come into being? Did you write the poems with the idea of publishing a book?

Not at all! I was writing these poems, and some people began to take notice. Like Neville Dawes, who was the head of the Institute of Jamaica. At the time, I was working at an advertising agency where everybody was moonlighting as an artist. After I finished writing copy, I would spend time in my office writing poems.

Derek Walcott became a mentor to you.

I had moved in with my sister Barbara Gloudon, a journalist, and her husband. I met a lot of people in the arts. Derek had been to school with my brother-in-law. I had individual poems floating about in various journals. He would say, show me a poem. He was helpful. He would sit me down, do a close reading and suggest things, just as I do with my students today. While doing this close reading you show the poet what can be done to make a better poem.

Derek was so blunt that if he didn’t think a poem was worth it he would tell me so. Sometimes he said, “Throw them away!” And I did.

Many of your early poems deal with the trials of romantic relationships. Is this one of the reasons you are attracted to the metaphysical poets?

After my father died, I read a lot of John Donne and George Herbert. I loved Herbert and what his poems attempted to do. His work is so much about bringing the earthly and spiritual worlds together. He is addressing the divine, and that is what I love.

But what about your poems about emotionally vulnerable Jamaican women? I am especially interested in the recurring trope of Baby Mother and the King of Swords, which is also the title of your first story collection.

A number of recent Jamaican novels point to a growing callousness in Jamaican society, particularly with regards to divisions of class. Can poetry help ameliorate the situation?

I’m not one of those writers who thinks that I have become a sage and every word I say is a pearl dropping from my mouth. There is not enough prize money in the world that could make me write about Jamaica the way some people are writing about Jamaica. That is not what I was given to do. But I will say that, time and again, we human beings surprise ourselves by the good that is in us. A lot of terrible things happen, yet when I am in Jamaica, there is not one day in which I am not surprised by some loveliness, some kindness.

Perhaps our leaders could read more poetry and integrate it into their talks and speeches. I think that could help. Maybe find words that elevate and inspire.

What are you feeling about the horror of the COVID-19 pandemic? What are your thoughts as a poet?

How can you not feel for the world and what is happening? You can’t escape it. Who could have foreseen this? It puts you in a place of astonishment and causes you to remember that, as the young people like to say, “We are not all that!” We are not the ultimate authority.

These essays are short pieces I’ve been writing for years. Some of them were commissioned for journals, and some were crafted for talks I have given here and there. These pieces are about the things that have helped to shape my voice: the hymns I sung at school, the poems and the films, all the personal, political and artistic impulses that have informed my imagination.

Looking back over a career in poetry that has spanned 40 years, what is the most important lesson you have learned?

That no human condition should be alien to me. As I grow older, this feeling is growing deeper. When I see another person, I think that could be my life: “There but for the grace of God go I.” 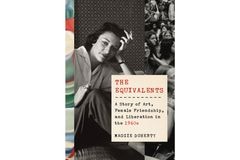 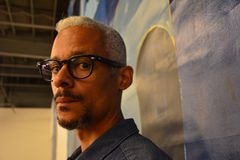