Canadian writer and artist RM Vaughan was found dead after going missing in his native New Brunswick earlier this month. Scroll down to read more appreciations.

Bert Archer is a Toronto-based journalist and the author of  The End of Gay (and the Death of Heterosexuality).

One of the enduring images I have of Richard Vaughan, one of the images that will now have to endure in place of all the images I won’t be adding to my too small stock of them, is him in about 2005, leaning against the mustard-brown, art-filled wall of a room that looked like a high-school gymnasium at Toronto’s York University, rolling his eyes.

I saw him from across the room, way too far to actually see his eyes, but sometimes, especially in rooms full of art, he could roll his eyes with his entire body.

He loved art, and had … I was about to say little time for, but he had huge stores of time for art makers who didn’t love it as much as he did. He’d go to show after show, and if he got discouraged – I’m sure he got discouraged – it never stopped him from going to the next one.

He told me what was wrong with it all, in words he’d later reorder for his chapbook manifesto, Contemporary Art Hates You.

Richard loved art the way a Facebook mom loves her baby; he couldn’t stop posting about it. He loved art the way a teenage boy loves another teenage boy; he was always trying to impress it, always trying to be good enough for it, getting as close as he could to it, assuring it he understood it in ways other boys didn’t. He loved it the way a man loves a man; he wanted it to be everything he knew it could be, bitched at it when it got lazy or did something stupid, and then came in close for a cuddle to let it know he’d always love it, no matter what.

Art for Richard was collages and film, painting and stuff he found, prose and poetry. It was the aquifer Northrop Frye thought we could all reach if we dug just one well deep enough, but Richard never stopped digging and tapped it in a dozen ways. He was a maker, a fiddler, like some artists are, Picasso among them, who couldn’t stop turning things around him into art.

None of it was very popular. He was, like Derek McCormack and Kathy Acker and Gary Indiana, someone a small group thinks the world of.

I saw him in Montreal a year ago in August, just in time to introduce him to my boyfriend, who’s just starting a career as an artist. We sat along a single bench in a café, him feeding us amusing gossip about people we didn’t know and shocking stuff about people we did. He’d just found a new apartment, big and cheap, no better engine for an artist; just back from Berlin, just off to New Brunswick.

He never hid how hard it was for him to be here, and I’m glad he stuck around this long. I can’t bring myself to get too upset at him – sad, yes, endlessly sad, I’m not going to stop being sad about this – but not cross. He was anything but a tragic gay. He’s made his exit, and now we’re all talking about him. Perfect.

Opinion
The kid and I: Adapting to a tween-adjacent life as a childless adult
June 19, 2020 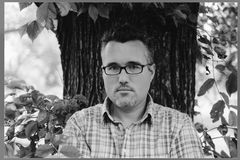 Opinion
As a gay man, I should be happy for Pete Buttigieg. But I don’t trust him
March 1, 2020 Opinion
Minimalism be damned: I refuse to feel guilty about my junk
March 8, 2019 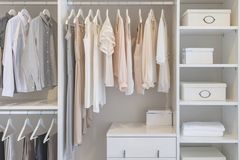