The big brown envelope was waiting for Suzana Barisic in the school office after she had dismissed her kindergarten class for the day. This was the package the children had been asking about daily, for nearly two weeks. The return address made it too tempting not to open: Robert Munsch, Guelph, Ontario.

“I really felt like a child myself,” Barisic says. “That excitement that we got a letter from a literary icon, Robert Munsch.”

Munsch is part of Canada’s literary DNA. Depending on your generation, you may have grown up on his stories – or read them to your children or your grandchildren: The Paper Bag Princess, Smelly Socks, Love You (sob) Forever. Munsch, who was born in Pittsburgh 73 years ago and has lived in Canada for decades, has published more than 60 books and sold more than 30 million copies. They have been translated into more than 30 languages.

Each year, he gets “hundreds and hundreds” of letters from school classes, according to his assistant, Sharon Bruder. He used to visit schools and daycares all over the place – sometimes showing up without warning, often staying with the family of a child in the class. But in recent years, he has suffered serious health problems.

“Since my stroke (and more recently heart attack),” he wrote to The Globe and Mail, “I have not resumed doing private events or class visits. I am no longer going on tour and doing concerts. I feel bad that I can’t accept the invitations that I receive.”

Munsch has another way to honour these letters, and if he could visit Barisic’s kindergarten class at Chaffey-Burke Elementary – or any one of hundreds of similar classrooms – he would see for himself that he has nothing to feel bad about.

Chaffey-Burke, in the Vancouver suburb of Burnaby, is a kindergarten-to-Grade-7 school with a diverse population. Of 560 children, 320 are ELL (English Language Learning) students, according to principal Claudio Bortolussi.

Barisic – an immigrant herself, born in Bosnia and of Croatian descent – knew that her son, Luka, the same age as her kindergarten students, loved Robert Munsch’s books. So last spring, she brought Luka’s favourite to read to the class. Get Me Another One! is about a father-daughter fishing trip that goes terribly wrong (the waves chuck her into the water) – and then ridiculously right (she emerges with some enormous catches).

The children started bringing in their own Munsch books from home. They sought them out at the library. They began to recognize the letters that formed his name. They loved looking at his photo on the back of the books, especially the ones where he makes funny faces. The kids were obsessed.

And it was rubbing off at home. “My daughter before, she didn’t really like bedtime stories,” Shayne Najarro says about her six-year-old, Siana, who was two when the family moved to Canada from the Philippines. “But after this, she would always want us to read bedtime stories. Like, it’s a must.”

Near the windows of her classroom, Barisic keeps a kindness jar. Every time she catches a student being kind, she has them put a little pompom into it. When the jar fills up, the class comes up with a collective act of kindness. Their first act last fall was to surprise the school custodian by skipping playtime and cleaning the classroom themselves one day. “They were all sweeping, wiping the tables, dusting the shelves, putting away toys,” Barisic says. “And then, we wrote a note to let him know that his job in our classroom was done for the day and he didn’t have to do anything.”

For one of their final acts, the class decided to turn themselves into “Kindness Ninjas.” They went undercover, delivering heart-shaped messages to every person who works at the school, from the crossing guard to the principal.

It was around that time that the class was into its Munsch obsession. One of the kids suggested sending a heart message to the author.

They threw themselves into the project. In the end, there were too many hearts to send, so they took a photo of the whole class, each one holding their heart message or one of Munsch’s books, and mailed that with a letter the class collectively composed. “Dear Robert Munsch, We like your stories so much because you make it silly and you make us laugh,” it began. “We love your smile and we love you so much! Have a nice weekend!” it concluded. Barisic took the class on a field trip to the post office to mail the package.

Two weeks later, that big brown envelope arrived. “I just freaked out,” says Barisic, who brought it to carpet time first thing the next morning. “It’s from Robert Munsch, I know it!” the kids were saying.

But they could never have imagined what was inside. In addition to a personalized letter and a poster for the Munsch book Class Clown, there was a story. Crash was about a construction project at the school that goes – you guessed it – ridiculously wrong. The story included the names of several children in the class – and mentioned the principal, who gets crushed by bricks and becomes “flat like a pancake,” a detail which still sends the kids into fits of giggles.

At the top, Munsch included a note to the teacher, giving permission to alter the story to include the names of other children in the class. “You can also photocopy it and give to the kids,” he wrote.

The children were over the moon.

“It became that much more meaningful to them because they could all identify; they all had a part in the story,” Barisic says. "To hear their names in a story was, I think, so magical for every one of them.”

Over the summer, their joy has not waned. Nor has their Munsch obsession. Samantha Juan says her six-year-old, Alex Wang, asks to hear Crash “night after night.”

Alex, 6, is an inquisitive child. “Why does he live in Guelph, Ontario?” he asked during a recent gathering in his former kindergarten classroom to talk to The Globe about their favourite author. Alex also wanted to know how old Munsch is.

When asked if she had anything she wanted to say to the author, Alina said, “Thank you for sending us very funny books.”

Perched on one of Barisic’s child-friendly tables, the principal watched with obvious pride and delight. “It’s humbling that someone like Robert Munsch would reach out to the west coast of Canada,” said Bortolussi (who was not flat like a pancake).

This was no one-off. Munsch – literary icon, Canadian king of silliness and recently waylaid by serious health issues – has done it for countless schoolchildren.

“I write back to all the schools that write and choose names from the class and send an unpublished story,” Munsch wrote to The Globe. “I am glad that the kids in Burnaby enjoyed my story.”

The Enthusiast: A must-read for every woman
September 2, 2018 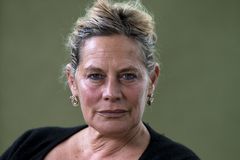 Heather Morris on the books that have inspired her
August 30, 2018 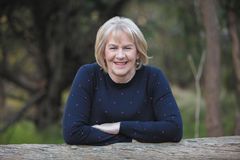 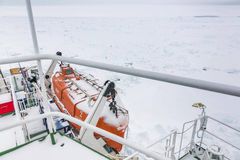