Love is a many splendoured thing – and so, it follows, is the literature it inspires. Whether you’re still swooning from a Valentine’s Day full of hearts and flowers or smugly boycotting the entire thing, this is your invitation to fall into the tender embrace of prose with this crop of reads that speaks to the heart – no greeting-card-manufactured holiday required. Whether your love language is frothy romcom, meditations on complicated attachments or odes to bonds beyond romance, may Cupid strike you with his arrow even if only with the love of a good book.

How To Be Second Best by Jessica Dettmann (HarperCollins)

If you think your domestic situation is dysfunctional, spare a thought for Emma: When she was pregnant with her daughter, her husband was busy knocking up his Pilates instructor. Fast-forward a few years, and people-pleasing-perfectionist Emma has emerged from the fog of divorce/tiny-child-rearing to reclaim her life – starting with reconnecting with an old flame who turns up out of the blue. Told with biting Aussie humour and a devastating eye for the foibles of middle-class Sydney, this is the story of the unexpected love Emma finds when she decides to stop being, well, second best.

Can real-world love ever quite equal the epic romances of the movies? It’s a question broken-hearted film projectionist Nick tackles after his own fairy tale (he and Ellie met the night Obama was elected, for Barack’s sake!) falls apart in a thoroughly non-Hollywood way. A bittersweet, searching comedy with strong echoes of Nick Hornby’s 1990s classic High Fidelity, it’s as much a love letter to film as it is to life off the silver screen – written by a Brit who once worked at the Toronto International Film Festival and read scripts for a Canadian artist-management firm.

There are two men in Casey Peabody’s life – a widowed novelist and a charming but hopeless guy from her writing workshop – but only one great love: her dream of a creative life. It is, for the moment, an unrequited love. A former child golf prodigy, Casey is 31, waiting tables, trying to write a novel and reeling from the death of her mother. Set in the summer of 1997, this is a devastatingly clever, lyrically written story about passion, grief and growing up – perhaps the greatest heartbreak of them all.

The Upside of Falling by Alex Light (HarperCollins)

Becca is a 17-year-old with the cynicism of a 57-year-old thrice divorcee. Brett’s the captain of the football team who’s been too busy to date. If you guessed they pose as a couple for, like, high-school reasons, you’re right. Typical scenario, yes, but there’s something about this feel-good young adult love story (written by a Torontonian who got her start on the online writing community Wattpad) that both feels fresh and reminds you why certain tropes are classics for a reason.

Where do you see yourself in five years? Rebecca Serle took that dreaded job interview question and turned into the intriguing premise for one of the spring’s buzziest novels. When driven lawyer Dannie goes to bed one night, she’s just accepted her boyfriend’s proposal and is poised to get her dream job. When she wakes up the next morning, it’s five years later – and she’s living a completely different life with a completely different man. To find out what happens next, of course, you’ll need to read this juicy thought-provoker yourself.

If this heartwarmer has a main character, it’s a humble green notebook. Left in a café by a lonely, old man (after he’s filled some of its pages with a brutally honest account of his life), it is written in by a cast of characters, each sharing the hopes, dreams, disappointments and secrets they’ve never confessed anywhere else. A ragtag group, they eventually find each other – a sort of epistolary Love, Actually that feels like an antidote to the isolation of modern life.

Like bite-sized Hershey’s Kisses, each one of the short stories and poems in this lovely volume is a sweet, delectable taste of great writing, all centred around love. Fans of Levithan’s other YA novels will recognize characters from Two Boys Kissing, Boy Meets Boy and Every Day while those new to his work will find equal delight in these joyful tales, touching on everything from discovering your love is a secret Swiftie to falling in love over the course of a snow day. 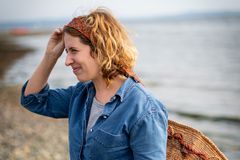 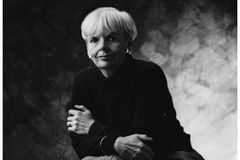 Book Review
The French Revolution and what it has meant for democracy and Western civilization
Subscriber content
February 5, 2020 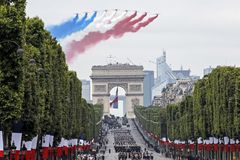