When it comes to leaving a profession at the top of one’s game, The Big Chill co-star Meg Tilly could write a book on the subject. Which isn’t what she did, though – not exactly.

The Canadian-American actress did leave her film and television career behind in the mid-1990s (with a Golden Globe Award and an Oscar-nominated turn as a nun in Agnes of God to her credit), yet the books she ended up writing were not autobiographical, but contemporary novels. Her latest is Cliff’s Edge, a sequel to last year’s Solace Island, a suspenseful romance set in the Pacific Northwest, published in Canada by Penguin Random House.

With her family raised and her writing career well-established, the younger sister to actress Jennifer Tilly eventually returned to the screen. Most recently she appeared in the 2017 Netflix film War Machine. She spoke to The Globe and Mail recently about her writing and reading habits.

When considering purchasing a book, I’ll read a few pages, sometimes the first chapter or two. But if I find the writing clunky, uninspired, with wooden dialogue, I won’t buy it. If I’m looking for a good romance, I will not read a book where the man is abusive, rapes the woman and tries to convince the reader that that is love. Those books [get me angry]. And they are not romance novels.

I don’t need any particular reading environment. That’s what I love about books. You can be sitting on the concrete sidewalk or in a noisy, crowded airport, and it doesn’t matter. If the author’s writing calls to you, you will be transported. Ideally, I guess, I would be at home, book propped up on a cushion, with something cozy to nosh on.

I write a minimum of five days a week. The only time I don’t have a daily writing practice is times like this, when a book is coming out and I am doing the promotional part of being a writer. I brush my hair, put on more co-ordinated outfits than one would find in my writing room. Dab on a bit of makeup, then go out, do some press and meet my readers. It’s wonderful to meet the people who have read my books, who are waiting for the next one. Lots of hugs and happiness. A sense of knowing each other because they read and loved something that I created. And I wrote the kind of book I enjoy reading, so it’s like a shorthand. Kindred spirits.

I decided to write Cliff’s Edge, which can be considered a sequel to 2018’s Solace Island or can be read as a stand-alone book, because my wonderful editors, Cindy Hwang and Kerry Donovan at Berkley, gave me a three-book deal. The three novels all take place on Solace Island, but each book stands on its own.

Some people loved Solace Island, but some people had issues. I read the reviews. All points of view are valid. However, if someone dislikes romantic suspense books, then perhaps the new direction my writing has taken me is not for them. Personally, when there is a less than glowing review, I sit with it for a few moments. If the reviewer makes a point that resonates with me, then I will tuck it away to remember when I am writing the next book. If it doesn’t resonate, then I don’t dwell on it.

When working on a manuscript, I like to get up around seven in the morning, grab a quick bite, a mug of tea and then head into my writing room. This is the ideal time because I’m still a little sleepy and so I don’t get in my own way. Sometimes, though, I find myself starting later in the day. This makes it harder to dive right in, because my mind is spinning with all the niggling life challenges that need dealing with during the day.

If I’m on the road, I grab the writing time where I can find it. My husband is a writer as well and hotel rooms generally have only one desk. I’ve been known to set up at the ironing board, which actually works pretty well. When writing, I try to remember to walk around the room, stretch a little and then dive back in. Sometimes if I’ve finished a section and am trying to figure out where to go next, I’ll go for a walk. In shutting off my mind, often a door opens and I find a way back in. 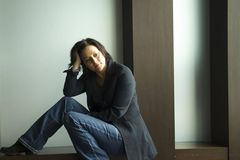 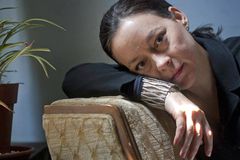