All authors dream of a bestselling book. It’s not just the money or the fame. It’s having thousands or even millions of people reading your work, following your ideas, loving the characters you’ve created. But what makes a book a bestseller? People ask me this all the time and I tell them the truth; I don’t know. I rave about novels that don’t get the sales I think they deserve. At the same time, I slog through bestsellers that I think are overpraised and overblown. Some writers – John Grisham, James Patterson, Dan Brown, Brad Meltzer – are staples, selling on name alone. Others, such as C.J. Box have been around for years and are just being discovered and, in his case, deservedly so. Here’s a batch of bestsellers just off the presses and if you haven’t already heard about them now’s your chance.

The Kremlin’s Candidate (Scribner, 448 pages, $34.99) by Jason Matthews is the final book in the Red Sparrow trilogy and it came out just in time for the Red Sparrow film and right into the hullabaloo over Russian interference in the American election. How Matthews managed to write a plot with such current themes mystifies me. It’s usually a year or more between the end of writing and seeing the finished work in print so Matthews was prescient to say the least. But here we have a vetted candidate for president, in reality a Russian mole, and former KGB sex worker Domenika and her CIA lover are the ones to stop a takeover of the U.S. government. We know they’ll succeed, but the action is intense.

On another and much simpler front, Ann Cleeves’s remarkable Vera Stanhope series was a bestseller even before Vera became a popular TV show. Hidden Depths (Minotaur, 371 pages, $18.99 paper) is a reissue of the first Vera Stanhope novel, published in 2007 so this fills in the backstory of Vera who’s more vulnerable here than in the later works. The case is a truly evil one with a single mother, Julie Armstrong, arriving home after a rare evening out, to find her teenaged son dead in a bathtub full of floating flowers. Obviously the killer is trying to send a message but to whom? Then a second body is found, also in water, floating in flowers. There seems to be no possible connection except for the staging. There’s great deduction here and Vera shows weaknesses we never see in later books.

The Girl in the Woods, (HarperCollins, 582 pages, $22.99 paper) by Camilla Lackberg and translated by Tiina Nunnally is the latest in the Scandinavian Noir outpouring. Lackberg is often compared to Ruth Rendell and it’s apt. She likes stories that cover decades and the stress is on character. This novel, which begins with the disappearance of a child from a rural farm has all the elements that readers expect in Lackberg. The first child, a girl of four, disappears and turns up dead in a small pond on her parents’ farm. Two teenage girls were accused but not convicted. Thirty years later, another child, also four, disappears from the same farm. As the locals search frantically, Detective Patrick Hedstrom believes that there’s more than coincidence in the fact that the two accused girls are once again in Fjalbacka but, again, nothing points to them but air. This is a great psychological story of murder or, as P.D. James put it, “the contaminating crime.”

The Third Victim, (Minotaur, 310 pages, $34) by Phillip Margolin isn’t yet on a bestseller list but it deserves to be. Margolin has been less than stellar of late, but this novel, with its relevance to the #MeToo movement is a suspense thriller that shouldn’t be missed.

The basic story is a young woman found wandering on a country road outside Portland, Ore. She has been tortured and, she says, kidnapped. The evidence leads to Alex Mason, a rich, connected, local attorney. His wife can attest to Alex’s penchant for rough sex. But Alex claims he’s innocent. Three smart women are the lawyers for the defence and they have their own reasons for salvaging Alex Mason’s life and career. Margolin is at his best with this kind of courtroom and investigative story and he also has a talent for drawing interesting women characters.

The Hellfire Club, (Little, Brown, 352 pages, $35) is a classic of the “Big Name” first novel beloved of publishers. The name here is CNN journalist Jake Tapper whose confrontational style makes him beloved of liberals everywhere. But is there more here than just Jake Tapper’s personal fame? A bit.

The setting is Washington in January, 1954. It is the Golden Era for nostalgia buffs and Tapper takes full advantage by listing lots of vintage goods – shiny Oldsmobile V-8s, Studebaker sedans, Kools and Pall Malls, Zippo lighters etc. – and, circa Mad Men, his pregnant wife puffs and drinks with abandon. None of this matters to the plot, but it does make up for the fact that central characters get no description at all. Newly minted Congressman Charlie Marder is tall and broad-shouldered with piercing blue eyes. His wife is a Grace Kelly blonde. We first meet him drunk and face down in a Rock Creek Park mudhole. He’s next to what appears to be a stolen car and there’s a dead woman nearby. Shades of Chappaquiddick as a friend comes by and saves him by covering up the wreck.

That slick opening then sags into more than 100 pages of backstory which are essential but, frankly, boring and slow. Once the action picks up, this is a solid plot about Washington corruption in the era of Ike and the McCarthy hearings, which did irreparable damage to a lot of fine careers. The best parts are the machinations between the politicians and, of course, this is Tapper’s turf and there’s plenty to resonate with today’s populist frenzy.

Lisa Jewell writes first-rate psychological suspense novels and Then She Was Gone (Atria, 359 pages, $24.99 paper) is one of her best ever. The plot – the disappeared child – is old but, for parents, it’s the scariest one imaginable. To not know where your child is, alive or dead, is to exist in the terror of imagination. In this novel, Jewell takes that fright a step forward.

Laurel Mack had the perfect London life. A solid marriage and three lovely daughters. Then, one golden summer day, her youngest, Elie, disappeared. Ten years later, Laurel still turns at the sight of a girl on the street. Her marriage is over and her life is standing still. Then she meets Floyd in a café. He’s charming and attentive and, very soon, Laurel is infatuated. Next she meets his daughter, Poppy, just Elie’s age and so much like Elie that it drives Laurel to go back to the search; and that leads to just who Floyd really is. Terrific suspense with lots of twists here. 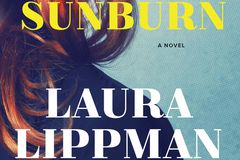 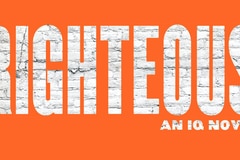 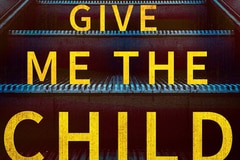