Every summer has a “hot” book – the one that everyone is talking about, reading and recommending. This year that book is The Other Black Girl and, if you haven’t already got a copy, you may find your local bookseller is already sold out even though the book was only released this month.

One part of this excellent debut is a dig at the polite white world of publishing, a world Harris spent years in while at Knopf Doubleday. Her central character is Nella Rogers, the underpaid assistant to a star editor. Nella has paid her dues and then some, but her goal – a senior editorial position – is still far away. Meanwhile, she keeps a smile on her face, polite lies on her lips and ignores the daily microaggressions that are part of being the only Black person in the office. Suddenly, a new Black woman appears. Nella fantasizes about lunches and gossip and shared beauty secrets but Hazel seems to have all the confidence that Nella lacks, along with the Harlem history and innate cool. Then a mysterious letter arrives, telling Nella to leave the company. And Hazel, the Other Black Girl, seems to be a foe, not a friend.

Harris darts from past to present, to recent present, and I’d advise you to pay attention to the dates at the chapter headings. There are also three female narrators and Harris plays fast and loose with the rules of the genre. And yes, like every other reviewer, I agree that the plot owes a bit to Jordan Peele’s Get Out, but otherwise the originality and the verve are all Harris’s own.

This debut from an English author is also a contender for Book of the Summer and it deserves every kudo it’s received so far. This novel is a brilliant and provocative character study of a woman who survived a terrible childhood trauma. What does become of those children we see on the news who are rescued from houses filled with trash, filth and misery?

Girl A is Lex Gracie. We first meet her on her way to Her Majesty’s Prison to deal with the death of her mother who, surprisingly, for a woman incarcerated for 15 years, had an estate. She leaves money and her house to her children. Lex is in charge of disposing of the assets and getting her siblings’ assent. The money is no problem, obviously, but the house is another matter. This is the “House of Horror” that Lex and her siblings escaped from. Starved, abused, chained, the Gracie children were front page news for months. All were adopted by different families, a decision made by the state, and have had very different lives. What to do with the house that nobody wants? Lex and her sister will decide and then get the rest of the siblings to agree. That’s the basic plot of this superb book.

The mystery here is why did any of this happen? What happened to the parents in this family? Why did they decide to chain and starve their children? As Lex goes to each sibling in turn, each has a different story, adding a layer to the history of the Gracie family. Dean takes her time but keeps the suspense going, even though the “crime” was committed years before. You will want to read this one over a weekend.

Laura Lippman is a writer I look forward to reading and, with Dream Girl, she doesn’t disappoint. After a dozen in her Tess Monaghan series, and another dozen standalone novels, she still keeps the prose fresh and plots original. Dream Girl is the latest and one of the best of her psychological suspense novels.

Gerry Anderson is a bestselling novelist and he has the house and the bankroll to prove it. He’s just moved back to his native Baltimore to look after his dying mother but Mom dies quickly and Gerry, showing off his fancy new penthouse, takes a bad fall. He’s confined to bed for weeks. He has a night nurse and a smart young assistant but Gerry is having problems and, worst of all, telephone calls from a woman who claims to know him. But the woman who’s calling never existed. She was the main character in Gerry’s bestselling novel, Dream Girl. Is any of this real or is it a drug-induced fantasy? If it’s real, why would anyone want to become a fictional character in Gerry’s life?

Lippman pulls out all the stops in this book and you have to pay attention to see what’s really happening. Just as in Stephen King’s Misery, things are not what they seem.

When She Was Good, Michael Robotham (Sphere, 404 pages)

Michael Robotham’s forte is a dive into the darkest and most damaged minds. His long-time series featuring clinical psychologist Joe O’Loughlin led readers into some gory cases. But it was Cyrus Haven, the forensic psychologist featured in Good Girl, Bad Girl, that caught readers’ attention and now, Haven returns in a sequel that’s smarter and even more frightening than his first case.

The story begins when Haven meets the policewoman who rescued a child from a house of horror six years before. The child, aged 6, was filthy and had been locked in a box. She was the only witness to the murder of two people in the room where she was kept. Six years later, she has never revealed a snippet of what occurred to her before. She’s currently in a secure children’s home, the location completely secret. The policewomen tells him that revealing anything about little Evie Cormac and those events years ago means death. Someone wants Evie shut up permanently and people who protect her, who inform on her, who connect with her, die.

The murders and the abuse of Evie are enough to arouse Haven’s professional interest but he’s also caught up in the girl’s silence. Robotham never lets up on the suspense here, and the Haven’s intensity as well as Evie’s guarded innocence make for unforgettable characters. With all that, the story will still lead to nightmares. Definitely Robotham’s best to date.

Reviewers have exhausted the superlatives for Walter Mosley’s Easy Rawlins series. Set in South Central Los Angeles in the years after the Second World War, with a group of unforgettable and brilliantly crafted continuing characters, Mosley’s books are not just a series of novels but the history of a place and time when Black lives were on the edge of change. Ezekiel (Easy) Rawlins, the man who solves local problems, remains one of the best-ever investigators in the mystery genre.

This episode in Easy’s life takes us to 1969. The first case through the door of Easy’s small private investigation firm is a young Vietnam vet with a strange tale. He and a girlfriend were attacked in a local orange grove. He may have killed a man and now the woman and his dog are missing. Easy doesn’t usually take white clients, but he’s a veteran, too, and so he decides to help. and that leads him on a strange, and very Sixties, journey.

At the same time, Easy’s personal life is under threat. His adopted daughter Feather’s white relative has been around and Feather is now a young woman with ideas of her own about her life. Will she follow the path Easy has paved for her or break his heart? With its wonderful backdrop and the intense historical tension, Mosley weaves a magic story that will stay with you long after you close the book.

People often ask me for a list of my favourite authors. Andrew Taylor’s name is always in the first five. I’ve been hooked on his books since I read The American Boy years ago and I still regard his trilogy beginning with The Scent of Death as one of the most interesting, as well as historically accurate, depictions of New York during the American Revolution I’ve read. That said, I love this series, which features characters Cat Hakesby and James Marwood. It is an incredible portrait of London after the Great Fire. Dirt, grime, gold, glitter – Taylor serves up all of it. And when I say 400-plus pages is just long enough, I mean it.

We are in Book 5 and the simmering and strange relationship between Marwood and Hakesby continues to wax and wane but a trip to the theatre always gets them together. If you haven’t read the previous four books, you will want to, although it’s not necessary to understand what’s happening here. Cat has taken on her late husband’s architectural business and opened an office on Slaughter Street. Marwood has his investigative talents in the service of the State. Cat has been asked to design a poultry house for royalty. Marwood has to protect a secret that can take down the English throne.

In short, we have the last years of the 17th-century as London rises from the ashes and heads to the world stage. Taylor has everything a showman could ask, including a caged tiger waiting for a chance to kill. Great fun and perfect summer getaway reading.

Linwood Barclay emerges from the pandemic to talk about the latest genetic mystery he’s penned
June 22, 2021 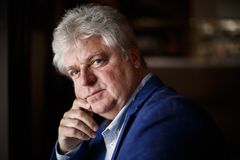 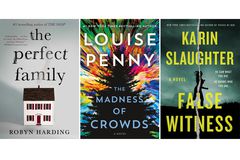 Six thrillers to pack for your summer vacation
August 27, 2021 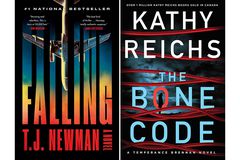