August marks Women in Translation Month, a celebration of women’s contribution to global literature. Here are six recommendations from Canada and around the world this year.

Reading Véronique Tadjo’s fictional recounting of the 2013-16 West African Ebola epidemic – with its field hospitals, cordons sanitaire and medical staff outfitted in head-to-toe personal protective equipment – it is impossible to not hear echoes of our present COVID-19 predicament. In the Company of Men (Other Press, 160 pages), which the Ivorian author translated with John Cullen, views the epidemic through an ecological lens. It portrays not only the devastation wrought by the Ebola virus, but also of the unleashed virus as a form of self-inflicted wound. Its parting message – that we need to return to ancient connections with the Earth – is one to reflect on during this pandemic as well.

The Woman in Valencia (QC Fiction, 230 pages) could be any of three women in Quebec author Annie Perreault’s debut novel, translated by Ann Marie Boulanger. An event that happens in an instant will have repercussions for all three, and two will be drawn back to Valencia, Spain, where it happened, both seeking her own form of release. These latter two women are marathon runners. In candid, free-flowing prose, Perreault explores through them the multiple meanings running can have: both as a means of escape and also a way to push yourself forward.

Claudia Pineiro is internationally known as a crime writer whose novels hold a magnifying glass to the social realities of Argentina. She is also a long-time campaigner for the legalization of abortion in that country, a campaign that succeeded amid the “green wave” of protests that swept Latin America last year. Her 2007 novel, Elena Knows (Charco Press, 173 pages), translated by Frances Riddle, is a murder mystery with a twist that examines the issue of women’s bodily autonomy. The Elena in the title is in search of a body – someone to investigate her daughter’s death, because Parkinson’s disease has stolen control of Elena’s own body from her.

The title of Shiori Ito’s Black Box (The Feminist Press at CUNY, 288 pages) comes from a remark made to her after she charged a fellow journalist with sexual assault in 2015. Despite evidence to the contrary, the police considered her case a “black box” – he said, she said – and having predetermined that the case was non-prosecutable, they would not investigate further. Ever the journalist, Ito wrote this book, translated by Allison Markin Powell, to expose the tragically outdated legal, enforcement and reporting structures around sexual assault in Japan. Originally published in 2017, this book sparked Japan’s #MeToo movement.

I tried and failed recently to describe what kind of a book the International Booker Prize-shortlisted In Memory of Memory (Book*hug Press, 432 pages) is. It reads like non-fiction, combining essays, letters, travelogue and art history – fragments from personal and other archives – to tell the story of a Jewish family surviving the 20th century in the former Soviet Union. In the process, it dissects that particular imperative we in the present feel: to remember. But it also emerges that this is a story about the desire to tell a family story, bleeding into fiction. Very thought-provoking. Maria Stepanova is one of the foremost names in post-Soviet Russian literature, translated here by Sasha Dugdale.

Winner of the 2019 International Prize for Arabic Fiction, Lebanese writer Hoda Barakat’s The Night Mail, translated into English by Marilyn Booth as Voices of the Lost (Yale University Press, 208 pages), uses an intriguing conceit to tell a variegated story of displacement in the Arab world. The main part of the book consists of five letters, each with a different writer, each writer a migrant of some kind who has fled poverty and violence for Europe (the countries are never named). The conceit is this: Each letter gets cut off midway, only to be discovered by the writer of the next letter, who finds in the missive some reflection of their own lost soul. 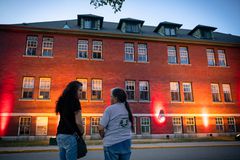 In his new book The Way Out, psychologist Peter T. Coleman examines political polarization – and how to bridge the divide
August 18, 2021 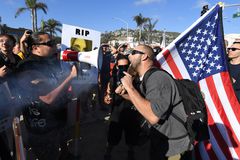 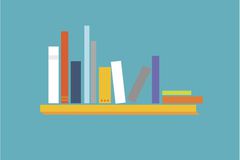