The Starter Wife is the third novel by Montreal native Nina Laurin and it owes bits to the films Rebecca and Fatal Attraction. Claire Westcott is the young second wife of Byron Westcott, a professor of literature whose first wife, Colleen, a successful artist, disappeared 10 years earlier and was presumed dead. Byron is 20 years older than Claire, and the couple live in the luxurious house bought and decorated by Colleen and filled with her paintings. The couple are also quite financially secure, thanks to Colleen. This enables Claire to hang around the house working on what she hopes will be a successful novel, despite no publisher evincing interest. Yet, Byron seems distant. An affair? Claire starts to wonder just what did happen all those years ago. Once Claire begins digging, the phone and e-mails start. Finally, a voice on the phone asks “Where is it, Claire?” Where is what? Is the caller Colleen?

There are two big twists in this novel and to reveal any more plot outline leads to spoilers. But it’s one of those books that works even though Claire, Byron and Colleen are all extremely unpleasant characters. At some point I wanted to grab Claire, smack her out of her whinging self-pity and tell her to get off her duff and get a job. Byron, who kept a painting of himself and Colleen in the nude over his and Claire’s marital bed, deserves to be dumped and Colleen may or may not be a bunny-boiling crazy-lady cliché. All that said, I read this right to the end in the wee small hours. This is a perfect cottage weekend book.

Nova Scotia author Laurie Glenn Norris is primarily a writer of historical novels and non-fiction. Found Drowned is her first mystery novel and it’s based on the real-life death of teenaged Mary Harney who disappeared from her small village in 1877 and may have been the body washed up on a neighbouring shore. Norris points out that information on the actual event is scanty and the crime, if there was one, was never solved. Did she jump or was she pushed? And what led to her death? That’s the story Norris builds carefully relying on her exhaustive historical knowledge of old Nova Scotia to bring Mary and her world back to life.

And that life was awful. Will Harney, Mary’s father, was a crude, hateful man who tormented his daughter and abused his wife. He was abetted in his abuse by his bitter and equally hateful mother, Mabel. Mary’s mother, Ann, retreated into novels to escape her drab life. Mary escaped into dreams and imaginary events. All this drove Will to further bouts of drinking and abuse. When Mary disappears, the neighbours are convinced he did something to her and then tossed her into the water. The police come out from Halifax and part of the story is theirs.

Norris isn’t about to leave the crime unsolved and so she places her clues and the end, when it comes, fits the history and gives the reader satisfaction. Along the way, Norris builds suspense. We know Mary is going to die, but which awful event in her life will kill her? The plot works because Norris builds a believable world for 19th-century small-town Nova Scotia and the people in it. Her prose is leaden and her ear for dialogue not too steady, but her eye for the telling detail of village life and the fears of a terrified, lost girl work well. Let’s hope Norris sticks to mystery for her next book.

Conviction is a mystery novel about the power of storytelling and it tells more than one story in more than one style. In her first standalone crime novel, Mina is attempting a tour de force and she succeeds brilliantly.

The last day of Anna McDonald’s predictable life starts with coffee and a podcast. Her husband is still sleeping and soon she’ll get the children ready for school, but early morning is her time to enjoy a true-crime tale in peace. But Death and the Dana starts Anna into recalling her past life, something she’s buried. Once she lived in London, but her current life is in Glasgow. Death and the Dana has a reference to that other Anna. So the mystery of Anna McDonald, stolid homemaker, listening to her mystery podcast are two stories weaving through this narrative.

Then, the story opens up again. Anna’s husband has something of his own to add. He’s leaving her. And that means her carefully constructed marriage and the life she’s built with it are crumbling. Anna retreats back into to the podcast. Soon, an unexpected visitor sends Anna on a crazy trip across England, while listening obsessively to Death and the Dana. She wants answers, but she doesn’t even know the questions. And then a random photograph on social media opens the door to the dangers in Anna’s past and, the faster she runs, the closer the past gets.

Mina carefully constructs this book alternating the story of Anna’s current life, her past and the podcast she’s listening to. As Death and the Dana builds to a climax, so does the mystery of Anna McDonald and her past life come to a boil. This is great storytelling and terrific writing. Save this one for the weekend. You won’t want to put it down.

The Storm is aptly named. The year is 1942 and news of the Pearl Harbour attack is still fresh. Los Angeles is full of soldiers and seamen and the police have a whole new world of corruption to exploit. This is the second of Ellroy’s prequels to L.A. Confidential. Here, we see the young and very ambitious Dudley Smith. A self-proclaimed Nazi, running every kind of corrupt enterprise a policeman can imagine in a city where morality is just an eight-letter word for idiot.

Surrounding Dudley is a cast of characters so large that it’s not worth listing more than Elmer Jackson, the cop who’s watching the cops and Akira Ashida, younger brother of Hideo, an expert who was also in the earlier novel Perfidia. In fact, a lot of the characters in Perfidia reappear here, just as they will eventually in L.A. Confidential 10 years later. But knowing Dudley’s end doesn’t make him any less cleverly awful now.

A good beach read needs lots of atmosphere, a slight plot and just a whiff of romance. The Royal Secret has it all and a lot of backstage theatrical scandal to boot.

Joanna Haslam is a reporter for the Daily Mail on the celebrity beat. When Sir James Harrison, famous Irish actor, dies, she’s covering the funeral and the load of Great Names sure to attend. Before she leaves, an old lady puts her on the trail of what could be the story of the century. Sir James left a letter, one that can bring down a major aristocrat. What’s in it? Joanna thinks it’s a juicy sex scandal from decades past. After all, Sir James was 95. But then the elderly lady dies, her body goes missing and Joanna’s apartment is ransacked. Someone definitely wants something Joanna has and it’s not just evidence of an old affair.

The trail takes Joanna to Sir James’s family, where the grandchildren have their own secrets and at least one of them may make Joanna forget her own broken love affair. But the scandal Joanna is hunting has dangers too, so there are a couple of chases. The plot has some holes and there’s a twist or two that don’t really work, but no one asks for depth in a beach book. This one works a treat, even if you doze off in the middle.

Never Go There follows the rules of a traditional women’s novel. There is an engaging central character faced with a mystery. Hidden secrets and plenty of psychological suspense. In this case, it all begins with Nuala Greene’s late husband’s past in an English village. We know from the outset that things are not going to end well. The prologue is a violent and grisly death on a train. One woman is dead, the other is the killer. Who is who?

Murder aside, the story begins in happily married land. Nuala had a true love affair with her husband James. They shared all things except James’s past, a closed and locked door. Never ask, and, above all, never go to the Somerset village where his family lived and where he grew up. But when James dies suddenly, Nuala, sunk in grief, wants to know, to see, to remember her husband. And so she heads to the place he told her not to go, seeking the information he never wanted her to have.

Predictably, the forbidden information involves incest, abuse, addiction and the usual litany of family horrors. What makes this story rise above is Tinnelly’s decision to use three different voices from three women in James’s life. All are self-serving, but one is a murderer and one will be a victim. That drives the plot to a particularly nasty twist ending. While Never Go There checks all the boxes for “women’s novel," I suspect plenty of male readers will enjoy it too. 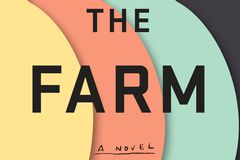 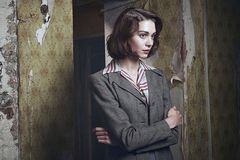 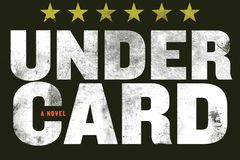