Carine Abouseif
Special to The Globe and Mail
Published April 29, 2020 Updated May 4, 2020
For Subscribers

The first story in Souvankham Thammavongsa’s debut fiction collection, How to Pronounce Knife, includes a classic scene: an immigrant child being teased for her packed lunch.

But it also contains an unexpected act of defiance. The child sits in the principal’s office and argues that the word in her reading guide is pronounced “kah-nnn-eye-ffff,” as her father, a Laotian refugee, taught her. There is no silent “k” in “knife” she insists.

There are many moments like this in Thammavongsa’s collection of short stories, focused on immigrants and refugees. She didn’t want her characters to be tragic. Instead, she hoped to write people who were ferocious, hilarious, tough and sexy.

The O. Henry Prize winner and author of four poetry books spoke with The Globe and Mail about transitioning to fiction, her new collection and what she did to prepare for it – including learning how to throw a punch.

How did this collection come about?

I’ve been writing poetry for a long time, and my poetry is very bare. In the world of poetry that’s shrugged at, whereas in fiction it’s considered a quality of the art.

The first story started the collection. We all see and know that there’s a letter there and we agree not to pronounce it. I was thinking about all the people I know and love who are present and alive, and we seldom see stories about them.

How did your history with poetry affect your writing experience here?

I didn’t want to freak myself out. I thought of it the way an athlete thinks about sport. You can play basketball or baseball, but at the core you’re a terrific athlete; you train to keep your body fit.

So many of the stories are so short. It feels like their power is in their brevity.

Yes, in the story Paris, nobody ever gets to Paris. But when you enter into the story, the first thing you see is the title. So everything we know about Paris, France – its culture, its fashion, its sophistication – we carry that into the story. Half of it is already done because the reader carries that into the story, and it’s not there, and that absence is so heartbreaking.

Is there a particular feeling you wanted to leave readers with?

Surprise. I knew readers would expect something tragic, which is there, but I also wanted surprise. There are two little girls in A Far Distant Thing. They’re 12 and a neighbour calls them sexy, and they say “We’re 12! … I’ll cut it off! We’ll see what’s sexy then!” It’s funny and unexpected.

Did you do any research for these stories?

Were there other places where you drew inspiration?

For Edge of the World, I had heard a laughter in the air vent one night. And I just wondered, “What is making someone laugh at this hour of the night in this way?” and I built a story around that.

I also like stories about children who fight back. With Chick-A-Chee!, I really wanted the children, when someone tries to correct their pronunciation of “trick-or-treating,” to say, “No, Missus Furman, we went chick-a-chee!”

There seemed to be a distance between your characters and the narrator. In some cases, the main character isn’t named at all.

Some characters are so brilliant I’m afraid to name them because it would take something away. When we encounter people with particular names, like the first Susan we ever know, then every Susan we meet after that will always compare to that first. There was a purity and flexibility to an unnamed character. I also wanted to isolate some of them. What happens when the person who’s telling your story won’t name you?

One of the most profound moments is when the boxer loses a fight, and the narrator says: “Raymond wasn’t the only person who’d ever lost the place he saw for himself in the world.”

In that instance, I was trying to explain why this moment is so sad: Where he wants to be a boxer, but he understands it’s over now and he has to do something else. I thought about how this happens to everybody. I feel like we do that all the time. Our humanity, and the quality of person that we are, is that we deal with it and we make new dreams. 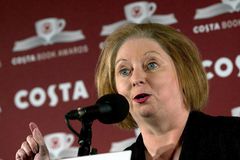