After months of bitter cold, the balmy breath of summer inspires life into the things around us – trees are lush, streets abuzz after dusk, spirits lifted. Albeit temporary, this relief means we are no longer encumbered by parkas, school-bus cancellations, back aches from shovelling and switching to tires with a better grip on the ice and snow that make us prisoners.

A lightness of the soul is more apparent under the sun; a freedom. But what does it really mean to be free? What does it even mean to just be?

Summer, in its blushing heat and energized daylight, is the perfect time to reflect on questions of being that have been tossed, hot-potato style, from the ancient Greeks to generations upon generations of thinkers.

In her book At the Existentialist Café, Sarah Bakewell takes readers on a guided tour through the landscape of this line of inquiry, beginning in a quaint Parisian bar called the Bec-de-Gaz on rue du Montparnasse.

It’s the early 1930s. There was no oratory spectacle or written manifesto to herald in a new school of thought that would lay claim on the ambitious question of being (among other things). Modern existentialism was born – true to form, in the most blasé and French way possible – during a conversation between three young philosophers, about apricot cocktails.

At the table were Jean-Paul Sartre, Simone de Beauvoir and Raymond Aron. They were talking about phenomenology – a study of reality, of objects and events, through the lens of human consciousness.

“If you are a phenomenologist, you can talk about this cocktail and make philosophy out of it!” Aron claimed. That triggered in Sartre a realization that one could “make philosophy” from the real experience of life, and apply it to virtually anything – love, friendship, careers, death.

Just look at what you have right before your eyes, or take “to the things themselves!”, as leading phenomenologist Edmund Husserl proclaims in the book.

Bakewell reminds readers that philosophy is not exclusively an intellectual exercise or a “collection of cheap self-help tricks.” It’s a way to think about how to be and live to the fullest. And when confronted with greater daylight hours in the summer, carpe diem urgently becomes more than a cute Latin aphorism.

Bakewell takes us to the historical frontiers of that battle, quite literally, during the occupation and liberation of France in the Second World War. It shaped Sartre and de Beauvoir, and exposed Martin Heidegger, a German philosopher regarded among the most important of the century, as potentially sympathetic to the Nazi rule. He famously never disavowed Nazi ideology nor apologized for his involvement with the party.

The war also made an unlikely hero from a Franciscan monk and philosopher, Herman Van Breda, who clandestinely relocated a trove of Husserl’s writings out of Germany where they faced destruction by the Nazis. Van Breda succeeded in the risky mission, moving 40,000 pages of Husserl’s handwritten manuscripts and thousands of other documents to a Belgian university library, where they have fascinated researchers for more than 75 years.

Bakewell transports readers to the places and events that molded existentialism; from Freiburg im Breisgau, a German university town nestled in the mountains, to student protests in Paris, to the rising scene in 1950s and 1960s America. Existentialism flowered across Europe, and quickly captured the Western world’s consciousness.

“By feeding feminism, gay rights, the breaking down of class barriers, and the anti-racist and anti-colonial struggles, it helped to change the basis of our existence today in fundamental ways,” Bakewell writes.

She also puts us at the centre of friendship, rivalry and romance: Sartre and de Beauvoir become lovers. Heidegger turns against his mentor Husserl. Sartre and Albert Camus fall out. And the list goes on (spoiler alert: Camus gets punched in the street).

Weaving in their personal biographies helps to show just how life-changing existentialism can be in many ways. One of its main tenets is that freedom comes with the heaviest burden, that of responsibility.

Sartre put it best: “There is no traced out path to lead man to his salvation; he must constantly invent his own path. But, to invent it, he is free, responsible, without excuse, and every hope lies within him.”

Here’s to hoping we all have a second look at our iced apricot cocktails this summer. Take a moment and cheers to freedom.

Editor’s note: An earlier version of this story incorrectly referred to At the Existentialist Café as a novel. In fact, it is non-fiction. This version has been updated. 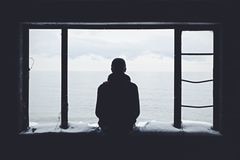 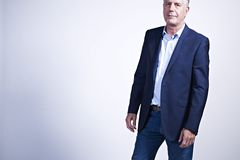 Why Nora Ephron’s Heartburn is the rom-com of books
August 5, 2018 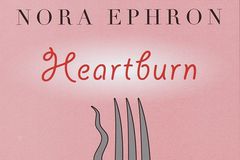