There was a time when Canada’s crime writers could gather around a single table at the old Pilot Tavern in Toronto and organize the Crime Writers of Canada. Now, with association branches across the country and authors on bestseller lists in the United States and Britain, Canada is producing more and better mysteries than ever. Here are just a few of the latest titles to stock up for summer.

Mary Cyr (Doubleday Canada, 432 pages, $34), by David Adams Richards, doesn’t at first glance seem to belong here. But literary Canada including Margaret Atwood and Timothy Findley, to say nothing of Michael Redhill, have done mysteries before with great success. So why not the elegant stylist Richards? Mary Cyr is a marvellously readable saga of a woman who is intrinsically interesting and who moves through a truly memorable life. There is a mystery in her past and it’s revealed more slowly than some readers will like – this is not a book for the action lover. However, if you’re a fan of Ruth Rendell’s Barbara Vine books where character is the story, then Mary Cyr is for you.

Sister of Mine (HarperCollins, 272 pages, $22.99 paperback) is one of the best first novels I’ve read this year. The author, Laurie Petrou, is a professor at the RTA School of Media at Ryerson University and, if this book is any indication, she has a great career ahead of her. Sister of Mine has a brilliantly conceived narrative with wonderful characters and great depth. To gild the lily, Petrou writes clear, elegant prose.

Hattie and Penny are small-town sisters. Could be any pair of suburban moms sharing lives and secrets, but this pair are bound with ties of razor wire. It’s clear there are many secrets in their past, some serious enough to make each dependent upon (and frightened of) the other. When someone knows you so well, knows just how to bring out the guilt and fear, then you’re in danger. The action and suspense builds as we learn more and more about Hattie and Penny and their inescapable bonds. This is a great psychological suspense novel for a weekend or a plane trip.

The Marmalade Murders (Minotaur, 288 pages, $34.99) is the latest in the Penny Brannigan series by Elizabeth J. Duncan and, as with the others, it’s a delightful Welsh cozy. Duncan hales from Toronto, but her heart is in rural Wales, where Penny and her coterie of village folk party, eat and solve murders with abandon.

This time out, it’s a dead body at the fiercely competitive Llanelen agicultural fair and a prize dog uncovers the body to set the plot in motion. Duncan knows her puzzle plots and this is a good one. There’s lots of fun and the judging goes right on as the investigation takes place.

Retired chief justice Beverley McLachlin has had a storied legal career, culminating in her leadership of the Supreme Court of Canada. While she could be guiding younger jurists or just watching the flowers grow, it appears that she’s always hankered to write a mystery. Full Disclosure (Simon & Schuster, 352 pages, $24.99) is the result and, while there is good courtroom drama and lots of insider justice tidbits, McLachlin is still a first-time author with a beginner’s mistakes. Defence attorney Jilly Truitt is a solid character, but there are too many plot lines and too many predictable solutions. One “revelation” is obvious from early on and there is at least one glaring error (alas, repeated) that a copy editor should have spotted. Still, the Vancouver setting has promise and so does Jilly. She may return with a better and more solid plot, possibly one involving a very smart female judge.

The Unhanged Arthur Ellis Award goes yearly to the best unpublished Canadian novel and, fortunately, winning it often means the author finds his/her way into print. That was certainly the case for R.M. Greenaway, a probation worker and court reporter based in Nelson, B.C. Creep (Dundurn, 392 pages, $17.99 paperback) is the second in her B.C. Blues Crime series set during a rainy and very dangerous Vancouver Halloween. There’s a dead hiker on a trail at the Headwaters, a dead body in a crawl space under a house and a small boy bitten by a man dressed as a wolf. Talk about trouble at the full moon! Constable Cal Dion is on the crawl-space death while Constable David Leith is on the trail of the howling wolf. This is a very solid weekend-getaway book with promise of more to come.

Is Nelson, B.C., a murderous location? J.G. Toews is another first novelist with an Unhanged Arthur in her past. Give Out Creek (Mosaic, 320 pages, $24.95 paperback) was shortlisted for the award in 2016 and it promises to be the beginning of a series featuring Nelson-based journalist Stella Mosconi. The plot is good and the setting is great. Toews has a nice eye for the details that give charm to the B.C. outback. There are, however, a few first-novel blips; Stella needs more grit and the reporter-detective relationship plot line is done to death. Stella deserves better in coming works, but this one shows promise to come.

Skeleton (Sands Press, 332 pages, $19.99 paperback) by Toronto-born Calgarian Peter Parkin and Alison Darby of England’s West Midlands, takes place in Washington, with American police. That’s a pretty good feat for this pair who’ve combined their talents before. This excellent crime novel has good police work and a really interesting plot twist. The major clue comes from the failing brain of an Alzheimer’s patient. There is a fleeting moment of lucidity that sets Detective Dennis Chambers on the trail of a case more than 30 years old and cold. The patient is his own mother and, desperately as he tries, he can’t unlock that damaged brain to sort out the story. Great idea, well-written and, hopefully, the beginning of a series. 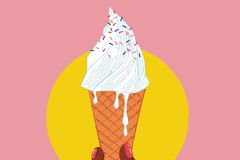