There may not be overpriced prix fixe menus or anemic red roses grabbed at the gas station on the way home from work, but there remains one traditional avenue for Cupid to aim his arrow this Valentine’s Day – and that’s within the embrace of a really good book about love, in all its many guises.

Compiled with all the care of a selection box of chocolates – without any of those strange ones filled with strawberry goo – here’s a round-up of swoonworthy new reads you won’t be able to help falling for this Feb. 14.

Newly minted creative director Serena is lonely – not for the love of a good man, but for the joy of friendship, especially now that all her old friends (and even her little sister!) have abandoned her for motherhood. Flipping the script on the usual rom-com plot, this is the story of Serena’s misadventures in dating of the platonic kind, which has its own special variety of online meetup disasters, missed connections and false starts, too.

Discovered by a collector browsing an online auction, these are the almost lost letters of a real young British Jewish woman, faithfully writing to her soldier sweetheart as the bombs rained down on London during the Second World War. A Cambridge graduate and student of medieval romance, Alexander penned letters that were alternately hilarious and deeply moving, recording the minutiae of life in wartime with a wry eye for the ridiculous, and a raw honesty for the toll that living through history can take, threaded through with passion for her beloved Gershon.

Shay Goldstein has a choice: She can take a package when the radio show she produces is pulled off air, or she can live her dream of finally getting in front of the mic and hosting her own show about dating. Seems like a no-brainer, right? The dilemma lies in the fact that, well, her station boss is asking her to lie for the sake of good radio by pretending to have dated her co-host so they can claim to be two friendly exes dissecting where their relationship went wrong. Even more complicated? The huge crush she’s developed on Dominic Yun, her co-host and fake ex. And you thought public radio was dry!

Prepare to have your pants charmed right off by this warm hug of a book, set on a tiny Maritimes island in the mid 1980s. Little Cove isn’t exactly love at first sight for Rachel O’Brien, a schoolteacher escaping grief on the mainland, and the locals are likewise unsure of what to make of this come-from-away, but with time – and the help of a feisty gang of islanders called the Holy Dusters – she finds an unexpected happily-ever-after in this tiny, close-knit community.

Driving home from work one Thursday night, Tallie spots a man standing on a bridge, preparing to jump. A trained therapist, she pulls over and manages to persuade him to come for coffee with her instead. That chance act of compassion turns into Tallie inviting this man into her home, just for the weekend, just until he has a chance to stabilize, just until she can learn more about what made him almost do something so final. Told from both their perspectives, this is the story of three days that change both of their lives – and might just have you reaching for the Kleenex more than once.

If rewatching Emma Thompson’s adaptation of Sense and Sensibility is your Valentine’s Day go-to, consider abstaining from the screen in favour of this retelling in literary form instead. Transporting the drama of the Dashwood household to modern day, we’re introduced to Daisy Richardson – practical, pessimistic – and her sister Wallis, impulsive and inclined to falling love at the drop of a hat. Their father has just died, their mother can’t cope and a scandal threatens to ruin the family. Oh, and Daisy’s best friend/unrequited love is writing the exposé. It’s the sort of maelstrom that only the greatest love of all – the kind that can exist between sisters – will weather.

When a book’s dedication hits you like a gut-punch, you know you’re in for something powerful. Almost from the word go – when he says this is for all the ancestors who are “guiding and protecting me, whispering to me so that I too, may share the testimony” – Jones weaves a tale of defiant love, triumphant in places that seek to destroy it. Set on a Deep South plantation, this is the story of Isaiah and Samuel, two enslaved men who carve out a space for each other’s humanity in a world that sees them only as possessions to be bought, sold and abused. Utterly beautiful and totally heartbreaking, it’s hard to believe that this is Jones’s debut novel.

Watch your back, Romeo and Juliet: Bao and Linh have a love story just as star-crossed as yours and theirs comes with pho, that steaming, noodle-laden Vietnamese delicacy. They are, you see, the scions of two rival restaurant dynasties whose feud is as bitter as its origins are mysterious – at least to Bao and Linh, who make it their mission to uncover the truth together. Two things are inevitable: There will be some tragedy before true love wins the day, and you will definitely be ordering pho for dinner.

In the words of Whitney Houston: Learning to love yourself is the greatest love of all. It’s a lesson heartily-embraced by this generous-hearted romp, designed to warm even the crustiest of cockles. It’s the story of the titular Noni Blake, a woman fresh out of a 10-year relationship, and worn down by looking after everyone but herself. Filled with the spirit of self-love, she embarks on a literal pleasure trip, an international journey whose only aim is indulging her own whims and increasing her own joy. A delight from cover to cover.

If an HGTV show and a Hallmark movie had a book baby, it would be this heartwarming, reno-heavy tale of rehabilitation, both emotional and structural. Rye, you see, has inherited a falling-down disaster of a house from his grandfather, and the only thing in worse shape than its foundation is his own heart. Along comes Charlie: Experienced with a hammer, and utterly green in matters of the heart. Will sparks fly at the construction site? Or will this love crumble like a rotten subfloor? You’ll just have to go along for the adorable ride to find out. 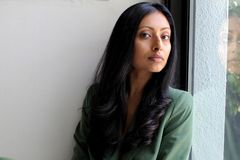 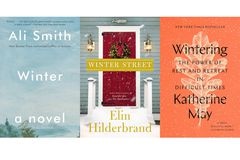