What do you do when your drum-loving daughter’s playing is driving you crazy? You send her outside! In Matthew Forsythe’s delightful Pokko and the Drum (Simon & Schuster, 4-8) Pokko’s parents just want a little peace and quiet in their mushroom home. Pokko, as a good froggy daughter, isn’t bothered when they send her outside to make music because making music is what she loves to do – often with wonderfully surprising results. Forsythe’s vibrantly rich watercolour, gouache and pencil illustrations are fantastically whimsical and add to the ruckus.

King Mouse by Cary Fagan, illustrated by Dena Seiferling (Tundra Books, 4-8) was a nominee for this year’s Governor-General’s award. Like Pokko and the Drum, it is another animal fantasy that is equally enchanting. When a little mouse finds a tiny crown that perfectly fits him, he’s crowned king of the forest. And he does love the perks – his animal friends feed him, put on plays and make speeches to keep him amused. But what happens when the other animals find crowns? Seiferling’s soft graphite illustrations are a perfect complement to Fagan’s gentle story.

Mel and Mo might be identical twins, but they have very different tastes and personalities, as readers discover in Mel & Mo’s Marvellous Balancing Act by Nicola Winstanley, illustrated by Marianne Ferrer (Annick Press, 4-8). They might look similar, but they can’t agree on anything and that drives them to very separate lives – Mel makes marvelous umbrellas, while Mo joins the Sunny Sea-Side Circus. But what happens when Theodora Tweedle’s Spectacular Raincoats and Roller Skates comes to town? Is it possible for the twins to work together? You’ll be surprised at how Mel and Mo find balance.

The Ranger by Nancy Vo (Groundwood Books, 4-8) is the second part of her wonderful Crow Stories picture-book trilogy. As with the first book, The Outlaw, Vo’s very quiet Wild West story is about outsiders and how they fare, or not, in society. Ranger Annie finds a hurt fox whom she offers to help but promises she won’t try to tame. When the fox is healed, it follows Annie, keeping close. And when Annie is attacked by an angry bear, perhaps it’s the fox who helps her or perhaps not. Vo’s fantastic ink and watercolour illustrations use newspaper clippings and fabric patterns from the 1860s and 1870s to enhance her simple but powerful text, which challenges us to consider that things aren’t always how they appear.

And check out these four fantastic books that really are for the birds. Birdsong by Julie Flett (Greystone Books, 3-8), also nominated for a Governor-General’s Award, is an absolutely perfect picture book. When a young Cree girl moves to a new home far from the sea and her big extended family, she feels lonely and isolated until her older neighbour, Agnes, an artist, takes her under her wing. We follow the changing seasons and the growing friendship between child and older woman but, as time passes, Agnes’s health begins to fail. Is it possible for her younger friend to use art to bring their love of the natural world to her while she’s bedridden? Flett’s warm textured pencil and pastel illustrations are a perfect match for her stunningly lyrical text.

Equally poignant is Helen’s Birds by Sara Cassidy, illustrated by Sophie Casson (Groundwood Books, 6-9) – it shares many of the themes of Birdsong, chronicling the close friendship between Saanvi and her older neighbour, Helen, but this wordless picture book depends entirely on Casson’s colourful pencil and pastel illustrations to tell this moving story. The wild birds that visit Helen’s garden are what tie this unusual friendship together, but when Helen suddenly dies and her house is torn down, Saanvi is not only left bereft but the birds disappear. Is it possible for Saanvi to both honour Helen’s memory and find a way to bring back the birds?

Franny’s father called her a featherhead because she’s always daydreaming, so is it any wonder that when Franny tells him she’s made friends with a crow he’s extremely skeptical? Even when she shows him the gifts the crow brings her – a red bead, a green stone, a little silver heart – he thinks it’s all just silliness. Hello, Crow! by Candace Savage, illustrated by Chelsea O’Byrne (Greystone Kids, 4-8) not only gently relates the friendship that develops between Franny and her new friend but also offers readers some fascinating crow facts too. It’s a wonderful way to introduce young readers to the natural world that lurks just outside their windows.

Finally, two powerful stories of the sea. A Journey to the Mother of the Sea by Maliaraq Vebaek, illustrated by Aka Hoegh (Inhabit Media, 9-12) is a compelling retelling of a traditional Greenlandic legend that is shared by the Inuit across the circumpolar region. It’s an ancient story that is particularly relevant now as a cautionary tale about honouring and being responsible for the oceans. When sea ice keeps the hunters from finding enough food for the people, they entreat an old man and his wife to use their magic powers to help them. The old woman journeys to the Mother of the Sea on the ocean’s floor to seek her help. Hoegh’s illustrations, full of rich blues and greens, add magic and power to the retelling of this enthralling story.

The Phone Booth in Mr. Hirota’s Garden by Heather Smith, illustrated by Rachel Wada (Orca Books, 6-9) is a powerful and poignant picture book, based on a true story about how imagination can help us heal from loss and grief. When Makio’s village is destroyed by a tsunami and his father dies, he finds himself silenced and angry at the ocean. How can he cope with this kind of loss? But his friend and neighbour, Mr. Hirota, does something unusual – he builds a phone booth – with an old-fashioned phone that’s not connected but allows the people of their village to reach out to those they’ve lost. Wada’s intense watercolour, ink and pencil illustrations, inspired by traditional Japanese techniques, beautifully mirror Smith’s story.

Seven books to help kids make sense of the world
Subscriber content
May 7, 2019 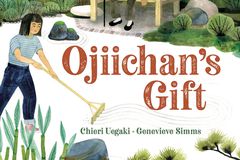 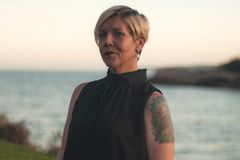 Book Review
These seven kids’ books are (more than) all right for spring
Subscriber content
April 2, 2019 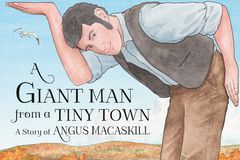