In Not One of These Poems Is About You, author and artist Teva Harrison has documented the beauty, fullness, and magic of life and human connection in an honest, vulnerable and tender collection of poems and line drawings. Diagnosed with metastatic breast cancer at 37, Harrison used her art to forge connections in the isolating world of terminal diagnosis, and to talk about the “liminal spaces” – of waiting rooms, stretches between doctor appointments, and questioning of identity and mortality – into which her life had shifted. In 2016 she published award-winning graphic memoirs, In Between Days, followed in 2017 by The Joyful Living Colouring Book.

Harrison died in April, 2019, and Not One of These Poems Is About You was published posthumously in January, 2020, by House of Anansi Press. Her editor, poet Meaghan Strimas, and husband, David Leonard, talk about the completion of her final work.

How was it decided that this collection of poems would be Teva’s next book project after her memoirs, In Between Days, and the colouring book?

David Leonard: Teva was an artistic polymath. She was always writing and drawing and painting and doing things simultaneously. She had quite a lot of fiction written, quite a lot of non-fiction written, and then some things drawn and a whole bunch of poems. I’m always her first reader. I sat with her and we looked at everything and she said, “I think right now the things I really need to say are the poems and the drawings.” And also, frankly, it was probably the furthest along in terms of process and she was also starting to become very conscious of time.

How did you come to edit the book, Meaghan? Was it Teva who approached you to do it?

Meaghan Strimas: I’ve known Teva, I guess since, … I think I met her when I was about 24 or 25. We were friends for a long time.

She’d had a meeting with Anansi and they were going to go forward with the poetry collection. Teva said she wanted me to edit the book. She knew my work and I think liked it so I think there was a lot of trust there. We also thought of it as a way for us to spend time together. Meaningful time talking about something that we both love: poetry and art.

When you started to work on the project was the draft pretty much there, or was Teva still writing?

MS: She had a draft of the collection. It was written. We actually took some poems away.

We did find one poem – this was through David – later on in the process that ended up being the last poem in the book, and that was after Teva had left us. She wanted to write more, but she had a really rough patch with her health and we actually had a few meetings in the hospital. So then we basically refocused on shaping what was already there.

In the foreword for In Between Days Teva wrote “I’ve been an artist my whole life, but this is the first time I have felt the need for narrative.” She described it as “empowering.” How did that sentiment carry forward into the collection of poems?

DL: She’d been writing poetry her whole life. I think there’s a kind of easy, lazy narrative – that cancer gave her her voice – that I don’t subscribe to, but what it did do for her is she got a lot of clarity out of refining her artistic practice. So I think as she started to find things that were harder to express and to be more fearful, with the precision of language that poetry offered, it was maybe better to express some of the deeper stuff or darker stuff in her mind. It’s the form that evolved as her illness evolved.

The collection is visually and emotionally beautiful, and, like the memoirs, it conveys the fullness, wonder and magic of life alongside its diminishment. Can you talk about working within that juxtaposition?

MS: Well, obviously it’s hard. At a certain point I knew – and it was tough to admit to – but at one point I remember thinking I didn’t know if she was going to be there to see it published. So that was really tough because then there’s the extra pressure of, how will we continue to guide this project after she’s not there? David was really a touchstone for that.

DL: There wasn’t a moment where she said “I know I won’t see the publication of this book, therefore here’s what you guys have to do.” There was kind of a tacit understanding of “what if,” because a whole life with metastatic cancer is “what if?” But Teva was living right to end with this very optimistic, hopeful feeling that she would recover.

When Teva died, did you put the manuscript aside for a while?

MS: Maybe a week or two? We knew it was something Teva wanted so we wanted to execute that as quickly as possible and not lose the momentum. And I think in some ways being able to focus on the project makes you feel you’re still doing something useful instead of just sitting feeling terribly sad.

DL: She told Meaghan and I that if something were to happen to her, she trusted us completely with the publication of the book, which I think was her safeguard just in case. Meaghan and I sat down and opened up the file and Teva had made her final comments and approved the final version of the text and laid out the list of drawings and then we basically executed it. We didn’t have to make very many decisions.

But the final poem in the collection was added then?

DL: The final poem was written in one of the final pages of her writing journal, but not in the manuscript officially. I was struck immediately by it when I found it after Teva died and sent it to Meaghan for the book, knowing that Teva intended for it to be there.

The book has received a huge amount of media attention, which is rare for a collection of poetry.

DL: It’s proof of Teva’s legacy, and she thought a lot about legacy. Her first reasoning for making [her work] public was that maybe this might help someone: Maybe they’ll find community or connection.

MS: Everyone you talk to will just talk about the connections that she was able to make with people. She was just so present and attentive and genuine and fun and beautiful and just smart – all of those things – it’s hard not to have her here. 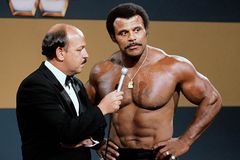 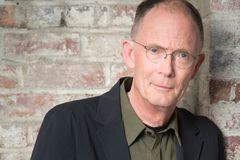 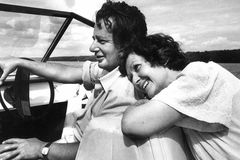