If you’ve read Russell Smith’s recent columns in this newspaper, you might be concerned that literature in Canada is deteriorating. You might think that because of the modest rise of commercial and genre fiction published in this country, the quality-control officials have fallen asleep at the wheel. These days, what’s being churned out to the unsuspecting public is witless chaff, sprinkled with overenthusiastic punctuation and clichéd metaphors.

I’m an author of Canadian commercial fiction, so I have a personal stake in setting the record straight. I’ve also long been a champion of our domestic commercial-fiction scene, which grows more vibrant every year. Determining which books fall under the commercial-fiction umbrella can lead to heated discussions – although almost never with readers, who don’t have to care, lucky them. It’s the publishers, authors and reviewers who worry about such things. Some say that commercial fiction is designed to appeal to the masses, with its focus on plot and entertainment and less on the craft of writing. But I’ve read plenty of commercial fiction that does both – offering intrigue and well-crafted prose at once. The same goes for genre fiction, which is more easily defined because it fits into categories such as suspense, mystery, fantasy and thriller.

I’m starting to wonder if there’s anywhere else in the world where authors of commercial and genre fiction are as maligned and overlooked – again, not by readers, but by reviewers, festival directors and the people who make up the invitation lists for literary awards galas. We think it’s important that Canadians consume domestic dairy products. We want everyone to eat Alberta beef. But those writing the popular fiction keeping many publishers afloat can be made to feel that we’re creating a product that’s shameful and unhealthy – like spray cheese or pleather leggings.

I’m not saying that all commercial or genre fiction written by Canadian authors should be read and deserves praise. There’s good writing and there’s bad writing, in any category – including literary. I haven’t read Seven Days, the Patrick Senécal novel that so concerned Smith, but I’ve heard it’s a banger in terms of plot and gore, and lacks the startlingly beautiful prose many Canadian authors are known for. So what?

To analyze a “slasher,” a “thriller” – or a work that’s considered women’s fiction, or suspense – just as rigorously as one would analyze what is considered literature is absurd. Especially if it serves the purpose of undermining the work of authors across this country who are writing page turners rather than meditations on identity. Reading and enjoying homegrown commercial or genre fiction isn’t going to ruin the tastes and minds of Canadian readers, or dismantle our literary scene. That’s like insisting that because I like ketchup chips, I can’t truly enjoy cave-aged Comté.

If only Smith had instead turned his gaze on a Canadian thriller author such as Chevy Stevens – who has legions of fans, Stephen King among them. Or looked to the work of Kelley Armstrong, Nick Cutter, Roz Nay, Andrew Pyper, Nathan Ripley or Peter Robinson.

The Canadian literary scene can feel like a claustrophobic high school, complete with cliques and divisions – but there’s room for everyone. Canadians read widely. They read everything from Esi Edugyan and Miriam Toews to Louise Penny and Jennifer Robson. The only thing we should be alarmed about is that a recent report by think tank More Canada revealed Canadian readers are buying less domestic fiction than they used to – perhaps in part because their thirst for the commercial is simply not being slaked here.

“It’s ridiculous that you should have to put up with snark because you’re writing commercial fiction,” says bestselling author Bianca Marais (Hum, If You Don’t Know the Words). Marais is currently working on a psychological thriller. “What’s wrong with writing an accessible, entertaining and diverting book? What’s wrong with writing a story that has a plot and keeps readers turning pages and that they actually enjoy, as opposed to buying because it won awards, and then setting aside because they have no idea what’s happening in it or what to make of it? Each genre has its place in the world. Why can’t they all just get along?”

It probably shouldn’t matter to successful Canadian commercial writers that reviewers such as Smith may feel the wide enjoyment of their work is one of the seven signs of a CanLit apocalypse. As Jennifer Weiner once tweeted – when she was having a feud with Jonathan Franzen about the attention paid to commercial versus literary fiction by review sections in major newspapers: “And now, to go weep into my royalty statement.” Canadian author Linwood Barclay, a New York Times bestseller of nearly 20 mystery novels, echoed her statement when we recently chatted – and said he doesn’t spend much of his time worrying that he’s never had to send his tux out to be dry-cleaned in anticipation of an invitation to the Giller prize gala. “What matters more than anything is if readers like what you’re doing,” he says.

Authors such as Barclay may be creating stories that are considered easy to read but believe me – or believe Nathaniel Hawthorne, who said it first: Easy reading is damn hard writing. Barclay puts it simply: “I write what people say and what happens. It’s not literature – but not everyone can write a thriller, either.”

I understand that Canada’s commercial fiction will never be as cherished and protected as our domestic literary fiction. And rightly so. But I would love to see it get the wide respect it wholly deserves, because when that happens it will only continue to expand and diversify – and I believe this rising tide is going to lift all boats, not shunt literary authors to one side. We will see, for example, more authors such as Uzma Jalaluddin (Ayesha, At Last) providing smart and accessible entry points into difficult, relevant topics such as immigration and identity. And we will realize that the story of a country should never be told in just one way, against certain backdrops, by certain people. Because that’s just small.

Marissa Stapley is a bestselling author whose third novel, The Last Resort, releases in June.

Author Jennifer Robson on the books that have shaped her life Subscriber content
January 21, 2019 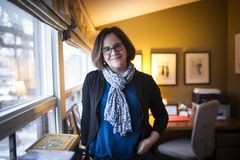 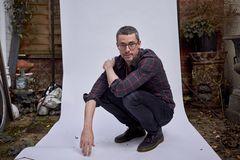 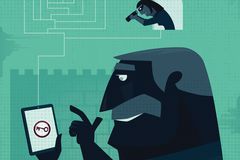