Russell Smith
Special to The Globe and Mail
Published April 27, 2019 Updated May 6, 2019
For Subscribers

Barbara Gowdy’s The White Bone is Margaret Atwood’s choice for our new Globe and Mail Book Club for subscribers. Every week, Globe Books will look at themes drawn from the novel to spark discussion among readers. Russell Smith kicks off the conversation with a look at how writers use animals to tell very human stories. Tell us in the Comments section about your favourite book featuring anthropomorphic animals and why it speaks to you.

“Talking rabbits,” said my Grade 10 English teacher. “That’s why I wouldn’t teach this book. I just heard talking rabbits and I said no way. That’s for children. Talking rabbits!” For years afterward, my friend Alex and I used the phrase “Talking rabbits!” – expressed in a strong Nova Scotian accent – to represent a kind of conservative indignation at anything.

But my teacher, bless her, did overcome her contempt for childish allegory and we read Watership Down (1972) by Richard Adams, an adventure story, along with Julius Caesar and The Catcher in The Rye. It is not a children’s book: It is an allegory of human society, especially of tribal structures, of environmental degradation and of migration. In it, a rebellious and marginalized group of rabbits must leave their safe warren because one of them, a clairvoyant, has visions of their imminent destruction (from human development). The group undertakes a dangerous quest to the promised land – a biblical story that we never tire of, one we find echoed in contemporary reports of refugee migration.

I tried showing my nine-year-old son an animated film version of Watership Down and within the first half hour he was too scared about the animals’ safety to continue watching. Again: not a children’s story. Similarly, he would not yet understand George Orwell’s Animal Farm – the father of all 20th-century animal allegory stories – as, although it involves all the barnyard animals he had seen talking in hundreds of children’s books and shows, it is definitely adult material.

So is André Alexis’s Fifteen Dogs, in which a pack of canines miraculously gain human-like intelligence and must make sense of the dangerous and nonsensical city around then. In this case, the animal allegory serves partly as social satire: The dogs, being like visitors from another planet, can see and judge things that we take for granted in new ways. Even reading how they figure out how to open a push-bar door gives us insight into our everyday lives: It brings the focus of the narration down to waist-level.

The device of the alien visitor is a strong one in satire, developed particularly in France in the 18th century: Montesquieu used it in The Persian Letters (1721), an epistolary novel that purported to describe Parisian social and political life through the eyes of visiting Persian rich men. Putting his critique of sophisticated society into the mouths of bemused and supposedly barbaric foreigners was a ploy for avoiding punishment from the censorious state. The same device was used by Voltaire in 1767 – in L’Ingénu, a Huron from Canada immigrates to France, where he makes charmingly ingenuous observations about the corrupt state (and frees his creator from responsibility thereof).

Conscious animal characters give authors the freedom to represent a world refracted and without our usual prejudices. The animal narrator also – and this is crucial to the genre – represents the invisible, the endangered, the marginalized. The underdog, no pun.

The talking elephants in Barbary Gowdy’s The White Bone belong to a civilized society, with religion and ritual. Their language is somewhat archaic-sounding, as if informed by liturgy. This dignified society is threatened by a much more powerful, violent and unforgiving human one. The story, like Watership Down, also involves clairvoyant and telepathic characters, and an exodus in search of a promised land. Although their traditions may seem repulsive to us – they eat dung to survive drought for example – we cannot but sympathize with their plight.

Barbara Gowdy is an animal-rights activist who is concerned for the safety of real elephants, certainly. But The White Bone is more than a plea for elephants. These stories are about people as much as they are about dogs or rabbits or elephants. They are allegories of human difference, in which the apparent primitivism of the bush dwellers is dissolved to reveal history, dignity and sophistication, and where a quest for safety through desperate migration is seen in a sympathetic light. There could hardly be a more contemporary topic, and yet hardly a more codified narrative tradition – which is why my teacher came to love the talking rabbits. Talking rabbits!

For the latest on the Globe Book Club, go to tgam.ca/bookclub and sign up for our weekly Books newsletter. 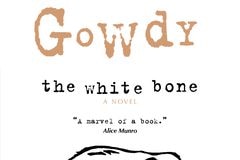 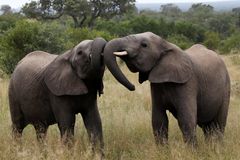