Reading to someone is an intimate act. The connection between your voice and their ear, the shared experience of transferring language from shapes to sound, is special. Storytime, in our house, has always been sacred.

But in the past four years, my family has made a discovery: Hearing someone else read a story, and doing it together, is almost as powerful. Even when a smartphone and a speaker are involved.

This family tradition began with Harry Potter. I had read the entire very long series to our older son and he was eager to introduce his little brother to the magic of Hogwarts. (He was only 3, but still.) My wife downloaded the first book and it went on as we hit the highway for a road trip. The younger boy was mesmerized; in fact, both kids stayed rapt (and stationary) for most of an eight-hour trip. The voice of Stephen Fry – his gruff Hagrid, his sternly Scottish Professor McGonagall, the lilting rhythm of his narration – cast a spell on them.

And on us. Every time my wife and I started to talk, we got shut down by shushing from the back seat. And so we spent an entire day sitting nearly quiet together, J.K. Rowling’s narrative pulling us along together as forests and mountains rolled by out the windows.

We’ve brought this shared experience home. Storytime comes back every evening, and whenever we take a car trip. We‘ve listened to the entire series of Brandon Mull’s Fablehaven, and this year, are hearing some of it for a second time. The adventures of Seth and Kendra, unlikely tween heroes called to defend a magical-creature preserve, are not the best books I’ve ever read. But Mull knows how to tell a story, with appropriate kid-lit tropes: sibling rivalry, new friends, lots of food.

How Canadian voice actors are cracking the booming audiobook market

Anyway, it’s the sound that matters most. Among the four of us, the tones that narrator E.B. Stevens brings to the reading (emphatic, high-pitched, a bit breathless) have prompted many affectionate parodies.

There’s something about the audiobook medium that makes it work for people at different levels of maturity and awareness; it is, to use Marshall McLuhan’s language, a “cool” medium, one that invites you to fill in some gaps. If there’s a word our youngest son doesn’t know, he’ll sometimes ask, but often he’ll just get pulled along. When Mull’s tween characters get into some chaste flirting, the boys groan, but they don’t give up. They listen. They catch the plot points, the character development, the catchphrases and the accents.

And let’s be honest: Entertainment that keeps children sitting still is a gift to any parent. Around the house, we’ll put on The Story – that’s what it’s called, whatever the book of the week happens to be – while we’re busy tidying or cooking. It’s better than giving them a screen, as we tell each other.

The kids prefer, however, to have us share The Story with them. Sometimes at bedtime, I’ll lie down with the boys and we’ll huddle under the blankets as my phone delivers the week’s narrative. Then, we’ll cap the evening with an actual book or two (or three, okay, fine). But sometimes a machine does the work, and we’re together, and that’s magic enough. 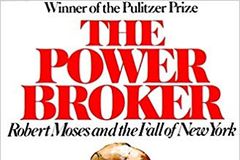 The Enthusiast: Ninjago: Masters of Spinjitzu is so much more than a half-hour Lego commercial
Subscriber content
April 1, 2019 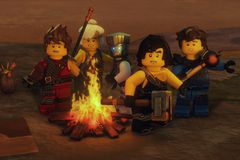 Rashomon: What the iconic Japanese film teaches us about Jody Wilson-Raybould, Justin Trudeau and the social-media age
Subscriber content
March 18, 2019 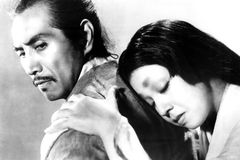