In the biographical note that accompanies my work for this great newspaper, it says this: “Always argumentative, John has the distinction of winning a gold medal, at the age of 10, for his debating skills in the Gaelic language.”

This is entirely true. Mind you, there wasn’t a fierce amount of competition at that debate. It was a handful of young fellas struggling to outdo each other, armed with their limited fluency in the Irish language. At that time, I had fluency enough, thanks to my father’s enthusiasm for the language and the time and effort that consumed him as a youth.

What I could probably do, back then, was recite in the old language a portion of one of the great poems, in any language, of the 18th century. Lines that include:

Those lines, translated by Eilis Dillon, are “I never repented it/You whitened a parlour for me/Painted rooms for me/Reddened ovens for me/Baked fine bread for me/Basted meat for me/Slaughtered beasts for me/I slept in duck-feather beds/Till midday milking time/And more, if it pleased me.”

They are from The Lament for Art O’Leary, composed by Eileen O’Connell in 1773 on the death of her husband Art, who had been shot dead following a dispute with a local landowner and magistrate. The background story is complicated but his wife’s keening lament is not. It is white hot with grief and rage, a spectacular feat of language, raw in its fevered depiction of a loving relationship and supremely controlled in its mastery of form. Alive and seething with internal rhyme, the physical force of it, in Irish or English, is breathtaking.

The fluency in Irish is gone from me now, but the influence of Irish-language poetry has never left, nor will it ever be lifted. It is in my bones, my dreams, and it influences how I write and speak and look upon the world. It is a solace, a place I go to for inspiration and for a reminder of the strength and sinews of the extraordinary literary tradition from which I come. Rereading The Lament for Art O’Leary today, I have the shock of recognition, a visceral reminder of that moment in my childhood when I grasped the violent, richly sensuous dynamism of ancient idioms and phrases.

You will find it stated online that the Irish language, the Gaelic spoken in Ireland, is a dying language. When O’Connell composed her poem in 1773, she was at the end of a sturdy tradition, oral and written. By the 1850s, following the Great Famine, the Irish-speaking population was decimated and the language reduced, the literature almost obliterated.

The population of the Republic of Ireland today is 4.7 million. About 73,000 people speak the Irish language and for about 20,000 people, it is their first language, used in daily life. The latter are people in those areas of the country known as Gaeltacht regions, where English never superseded Irish. But Ireland is officially a bilingual country with Irish given equal status with English, and all government communications are in the two languages. There is a thriving Irish-language TV channel in Ireland. There are significant poets, mainly women, writing in the language today. It is having a long and rollicking death, raging against the rumour of its passing.

Take a bus in Dublin and all announcements of the destination and the stops come in Irish as well as English. Each time I visit, these announcements stir something inside me. Part amusement, really. The mundane placename Mount Merrion is announced as its original Irish name, Cnoc Mhuirfean, which means “at the hill of the seashore.” Each announcement is a reminder of the alternative, Gaelic Ireland that existed through the centuries.

What I return to for sustenance is this: The poetry of the Irish language is remarkable for its ecstatic response to nature, its awe at the landscape and lyrical delight in light and water, stony hills and lush fields, tall trees and tiny weeds. The physical embrace of the natural world is rapturous and often fused with expressions of beatific joy or searing grief. It is a highly charged, exhilarating arena.

In 1990, I had one of those shock-of-recognition moments, when Sinead O’Connor released her second album, I Do Not Want What I Haven’t Got. It’s the one that contains her potent version of Prince’s Nothing Compares 2 U, but what astonished me was her inclusion of the poem I Am Stretched in Your Grave. I’d read the poem, whose author is now lost in the distant mists of time, in a popular anthology of Irish love poems when I was a teenager. Translated by Frank O’Connor, it is a plaintive, unfettered elegy.

I am stretched on your grave

If your hands were in mine

I’d be sure they’d not sever.

My apple tree my brightness

It’s time we were together

For I smell of the earth

and I’m worn by the weather

Sinead sings it as a hymn over a throbbing hip-hop beat, as if taking the past – the original poem Taim sinte ar do thuama was written in the 17th century – and loading the primal power of an ancient language into a gun and firing it at the present. “My apple tree, my brightness” as an expression of love is shockingly imaginative and firmly anchored in that tradition of ecstatic response to nature. Since O’Connor’s version was released (her iteration of it was arranged by musician and filmmaker Philip King, whose original a cappella version I heard him sing in the bars of Dublin when I was a student), it has inspired more than a dozen cover versions. It is odd but inspiring to realize that a sample of an ancient poetic tradition, in an allegedly dying language, has flowered again, hither and thither, 400 years later.

These days, my own digging in Gaelic poetry is a matter of reading the pulse-quickening poetry of women writers. It is a quirk of contemporary Irish culture that such powerful poetry is being written by women. It’s a matter of empowerment, actually. As Nuala Ni Dhomhnaill, the most prominent of them, has said, “One of the things that causes me to get up in the morning is the desire to take Irish back from that grey-faced Irish revivalist male preserve.”

By that, she means that the revival and sustaining of the Irish-language tradition was a 20th-century movement led by men who mainly ignored the writing of women. By embracing the language as a poet, she and others are reclaiming a language that always had powerful female voices.

Her poems using a mermaid motif are much translated, by Seamus Heaney and others, who are attracted by the vividness, the whimsy and dark undertow of the language. Here is the opening of The Mermaid in the Hospital (An MhurUch san Ospideal), translated by Paul Muldoon:

to find her fishtail

but in the bed with her

You'd have thought they were tangles of kelp

or collops of ham.

As a poet, Ni Dhomhnaill is a uniquely forceful writer but not a unique figure. Lately, I’ve been struck by the bracing strength of the poetry of Doireann Ni Ghriofa, an award-winning younger poet who writes in both languages and is fiercely engaged with both tradition and the contemporary. One of them, Tattoo Removal (Le Tatu a Bhaint), includes these lines:

To take your name from my skin, lasers

split it into a million particles of pigment.

in there, wedged somewhere in my innards’

disarray, between my arteries, my shame,

my quivering veins, and I, I must live

with your syllables, smashed, astray.

Writing in English, Ni Ghriofa has also undertaken one thorny task; that of reimagining a portion of the first poem quoted in this essay, Eileen O’Connell’s The Lament for Art O’Leary. It is an act of continuity and of rebellion, as the young poet of today gives emotional liberation to the keening woman of 1773:

When the house grows too quiet, I stand on that hearthstone

It has been said that poetry in the Irish language treasures imagination over intellect and, being written in a conquered country by a native population without literary links to Europe, the Renaissance and other literary movements passed it by. That’s for scholars to sort out. What I take from it, in reading both the Irish original and English translations, is comfort and support, and wonderment at the thrilling confidence of the language and verse, at all that reckless despair and joyous embrace of words and the world. 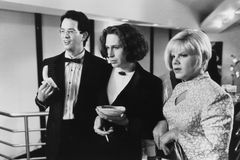 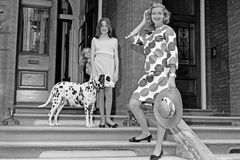 Book Review
Review: The McGarrigle sisters look back on their careers in Mountain City Girls
December 11, 2015 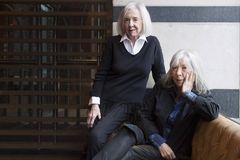