Iain Reid would really prefer it if you knew as little as possible about his work.

It’s not as if the 37-year-old author is sensitive or secretive – or carries even a whiff of being a sensitive and secretive jerk. It is just that his two novels – 2016′s I’m Thinking of Ending Things and this month’s anticipated new release, Foe – are not what you might expect from their sparse cover designs and brief jacket copy. I’m Thinking of Ending Things focuses on a road trip involving a woman and her boyfriend that turns very dark very quickly; Foe follows a marriage after one half of the couple is selected by a shadowy organization for a top-secret mission. Both works could be called thrillers, domestic dramas, literary character studies, page-turner horrors, surreal dark comedies. No one would be wrong to employ any of those labels, but they wouldn’t exactly be right, either.

“It’s rare when you’re reading a manuscript and you’re the acquiring editor and you just scream out, ‘What the hell!?’” recalls Martha Sharpe, who signed Reid to Simon & Schuster Canada before she left the company in 2014 to found Flying Books. “There is so much of what you as the reader can bring to the real meaning of his work – and this feeling of real danger. He might be the kind of writer Plato was worried about when he warned us about poets.”

That is why Reid hopes you simply walk into his stories blind.

“I understand there are different genre aspects in these books. And I know it’s tough for those in the publishing industry because readers can be so concerned with category,” Reid says from his Kingston home. “If someone only reads thrillers and they come to Foe expecting traditional thriller elements, where you can trace the mystery from beginning to end, they’ll leave disappointed. So for me, it’d be ideal if no one knew anything about these books while reading them.”

But that will be exceedingly difficult given how much of Iain Reid you’re going to be reading, seeing and hearing about. Not just this month, when Foe will be released, but over the next few years, as Hollywood begins to devour his sharp, cerebral tales. Already, writer-director Charlie Kaufman (Being John Malkovich, Eternal Sunshine of the Spotless Mind) is working on an adaptation of I’m Thinking of Ending Things for Netflix. And early this year, months before it hit shelves, Foe’s screen rights were snapped up by Anonymous Content, the production company behind the Oscar-winning films The Revenant and Spotlight.

This sits perfectly well with Reid, who is especially delighted that Kaufman is handling I’m Thinking of Ending Things, which spins heads even as it cracks them wide open. “There’s simply no one else I would’ve wanted,” he says.

Yet for readers interested in what drives him – the dark thrill of anxiety, the almost paradoxical pleasure of embracing the uncertain – here is a small piece of advice: Seek out Reid’s material now, before the twin marketing machines of the publishing and film industries conspire to make the unknowable known. Because Hollywood – especially Netflix, with its vast reams of user data and the resources to make all your subconscious entertainment desires a reality – is no dummy; by so quickly glomming onto him, movie producers are simply confirming what the literary community already knows: Iain Reid just might be the most exciting and excitingly unclassifiable author working in Canadian fiction today. Even if fiction was once the furthest thing from his mind.

Back in the mid-aughts, Reid was adrift – although not unhappily. A graduate of Queen’s University’s history program, he mulled going to grad school but instead worked odd jobs in Toronto while submitting short fiction to journals, duly awaiting rejection. Realizing there was more of an eager market for his personal essays and non-fiction, he transitioned to writing for magazines and newspapers.

So when a CBC gig in Ottawa came along, he thought nothing of moving to his parents' nearby hobby farm for a spell. And when that job evaporated and his brief return home turned into a year-long stay, he mined the material for the comic and heartfelt 2010 memoir One Bird’s Choice: A Year in the Life of an Overeducated, Underemployed Twenty-Something Who Moves Back Home. He followed that with 2013′s The Truth About Luck: What I Learned on My Road Trip with Grandma, another compassionate and hilarious memoir, which helped net him the $10,000 RBC Taylor Emerging Writer Award.

“I didn’t anticipate writing about either experience, but they were so wonderful and pleasant that I decided I had to,” he says today. “Non-fiction, it’s like comfort food for me.”

Rereading his memoirs today, against the stark and disturbing worlds of Foe and I’m Thinking of Ending Things, a disconnect surfaces: How can the same man who concocted such self-described comfort food also be responsible for extremely unsettling fiction? But just as quickly as that thought emerges, it disappears. Whether his narratives are gentle or disturbing, his talent rests in his ability to strip mine a story to examine larger, often impossible-to-answer questions: Are we defined by our relationships? Can you ever really know someone? Do we live our own lives or the lives of others?

“Regardless of whether his books are in the memoir world or the fiction world, they both have a philosophical nature to them. There’s a surface, but it exists to serve the ideas lurking underneath,” says Nita Pronovost, editorial director for Simon & Schuster Canada. “It’s that surprising underworld that we discover as a reader – that’s what drives Iain’s work.”

It helps that Reid’s prose is gripping to an absurdly confident degree. I’m Thinking of Ending Things and Foe are of reasonable enough lengths (210 and 260 pages, respectively), but they demand single-sitting consumption.

“For me, that’s the ideal situation – that if someone starts, there’s a sense of urgency, and then they push through and finish it,” Reid says. “The last few stages of my work, I consider liposuction. It’s months of going through and removing parts that, even if I like them and the prose might be fine, if it doesn’t 100-per-cent have to be there, it’s cut. The end for me is deletion.”

Adds Pronovost: “He does a kind of master class in writerly tightrope walking. These stories are studies of containment, and that means increasing the pressure, and one way to do that is a style that’s lean and sparse and particular, where every word counts. Every discussion we had is, ‘What is the least we need? What is the minimum? And can we push those minimums?’”

Also critical to Reid’s propulsive style is his knack for making the imaginary feel as if it’s been ripped from reality, to the point of uncomfortable intimacy. In I’m Thinking of Ending Things, readers only know the narrator as “The Girlfriend,” yet she and her partner quickly become intensely familiar. In Foe, we don’t learn much about Junior and his wife Hen’s past – or their near-future world – but quickly and subtly, Reid dissects their marriage with enough passion and pain that the book feels less like a novel than the final pages of a doomed diary.

“When I started writing fiction, everything is made up, yet it always feels very personal, too. I didn’t anticipate that,” Reid says. “I think it’s because you feel like you’re inviting people into your brain. It’s more that the ideas are personal rather than the details of the story itself. So I’ll use my own experiences and observations, but mostly to work through those big questions I want to think about.”

Yet, when you write two books back to back that pivot on the sheer difficulty of maintaining a relationship – of trying to figure out just what the hell that other person is thinking – questions are going to be asked about where memoir ends and fiction begins.

“I’m not married, but I do find the idea of marriage appealing,” Reid says with a laugh. “The statistics say the majority of marriages don’t make it, yet it’s interesting that so many people choose to still do it. I don’t feel pessimistic about marriage, but this tension is appealing to explore. I still have an optimistic view of it. Maybe one of these years …”

In the meantime, he is content to see where Hollywood will take his work – and enjoy the uncertainty of what his follow-up might be.

“I try to leave myself open to opportunity. I’m not the type of person who writes every day – I write when I have an idea,” he says. “Plus, it’s exciting that I don’t know what I’m doing for two or three or however many years.”

After all, sometimes it is best to know as little as possible about what might come next. 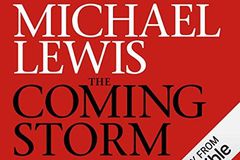 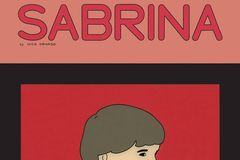 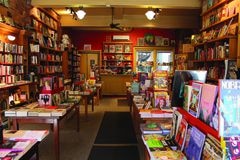