Many new young-adult books focus on that time-honoured summertime activity: the pursuit of love. This is business as usual in publishing – lists in the warmer months have long been packed with stories of romances both ill-fated and meant to be. This past year, though, there’s an extra sadness and sweetness to reading about the fumbling efforts of these fictional young people to connect with each other.

Loan Le’s A Pho Love Story (Simon & Schuster BFYR, 416 pages, ages 12 and up) is an extended riff on Romeo and Juliet, another piece about young love that came out in a time of plague. The new book’s hero and heroine grow up in rival Vietnamese restaurants across the street from each other in Southern California, with families that have as much bad history between them as the Capulets and the Montagues. The daughter of one clan, Linn, is an aspiring artist who uses her graphic-design skills to help promote the family eatery, while the son of the other, Bao, discovers he has a knack for writing and deploys it to strike back against a racist review of his parents’ place posted online. Le is certainly good at depicting the growing, against-the-odds affection between these two teenaged children of refugees. But she’s better at showing each of them coming into their own as creative forces.

The heroine of Elise Bryant’s Happily Ever Afters (Balzer + Bray, 384 pages, age 14-17) is also an aspiring writer, one whose draft romance novels get her admitted to a diverse, West Coast-based arts academy. No longer is she one of the only brown girls in her entire school, no longer one of the only ones obsessed with writing. But what feels like a dream rapidly becomes a nightmare as she gets writer’s block for the first time in her young life. To unblock her, her best friend pushes her to go after a boy who seems to have stepped right out of the pages of one of her manuscripts – maybe real life will present her with compelling new material. What happens as she pursues her own “happily ever after” is messier – of course – than what tends to transpire in one of her stories.

The unnamed protagonist of Rae Spoon’s Green Glass Ghosts (Arsenal Pulp Press, 176 pages, age 14-17) has lots of struggles, but a creative block is not one of them. The singer-songwriter from Calgary ends up on Vancouver’s grungy lower East Side at around the turn of the millennium, looking for a job, love, a home, some gigs – not necessarily in that order. The path to these things doesn’t run smoothly for the non-binary main character. A lover, Riki, proposes that they try an open relationship, and their bond with each other frays. The main character is one who watches and learns, managing, through trial and many errors, to navigate in this druggy, Bohemian scene. The text by Spoon, a Polaris Prize-nominated musician and writer, is supplemented with evocative illustrations by Gem Hall.

Former Degrassi Junior High writer Susin Nielsen’s latest, Tremendous Things (Wendy Lamb Books, 272 pages, age 12-18), features yet another creative youngster, aspiring singer-songwriter Wilbur. The Toronto boy is named for the pig in Charlotte’s Web, and this book not only has a character named Charlotte in it – a high-spirited Parisian exchange student who Wilbur falls for – but an interest in mortality, just as E.B. White’s book does. If you’re going to follow where that classic led, you’d better be good – and this effort is extraordinary; as moving as it is funny. The son of two moms whose best friend is an octogenarian Holocaust survivor, Wilbur stumbles his way from zero to hero in well-drawn versions of Toronto and Paris.

It’s clear from the title that Meg Rosoff, an American writer based in London, gave her latest, The Great Godden (Penguin Teen Canada, 256 pages, ages 14 and up), that she, too, has drawn inspiration from an American classic. Her tale, much like F. Scott Fitzgerald’s, is concerned with what’s real and what’s fake. Rosoff’s book is set in an English seaside town, with two sisters both swooning for the more charismatic of two brothers visiting them for the summer from Los Angeles. As it turns out, there’s more Jane Austen than Gatsby in the mix here, as the really interesting relationship is the one that emerges between the sisters.

Toronto-based writer S.K. Ali’s latest book, Misfit in Love (Simon & Schuster, 320 pages, age 14 and up) also focuses on the love between siblings, with the younger sister helping to tone down her older brother’s wedding mega-celebration. For her part, Janna’s torn between a young man she knows and a stranger who’s a guest of her brother’s bride – the eternal triangle. The witty, book-smart Janna feels ready for love in the abstract, but unsure when it becomes specific – and that’s no wonder, with a terrible assault in her past that she’s still trying to process.

The ebullient, eponymous heroine of Olivia Abtahi’s novel Perfectly Parvin (Putnam BFYR, 320 pages, ages 12 and up) is an only child, an Iranian-American girl about to start high school in the suburbs of D.C. At the start of the book, a boy breaks up with her because, he says, she’s too much. A prankster with a rambunctious wit, she determines to remake herself as a demure, seen-but-not-heard young lady. The effort is doomed – if often hilarious – and has her trying but failing to tamp herself down through a friend’s quinceanera party and Farsi classes, through online makeup consults with her Iranian aunt and a tragic band audition. 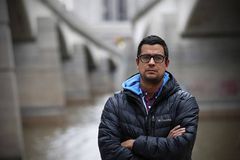 Six hot thrillers to get you through the summer
August 27, 2021 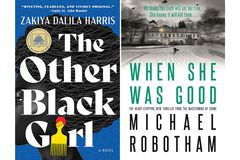