The Red Word, a novel by Sarah Henstra, an English professor at Ryerson University in Toronto, came out in March of this year, well before the Brett Kavanaugh Supreme Court nomination hearings. Cynically speaking, that public event was a stroke of luck for a book about rape culture at a frat house at a privileged U.S. university in the 1990s. Or this author was simply prescient.

The novel has just won the $25,000 Governor General’s Literary Award for English-language fiction, and the win no doubt has had reviewers scrambling to read this dark-horse pick. Bookmakers would certainly have given better odds to every other author on the shortlist – it included established names Miriam Toews (whose book Women Talking is also about rape) and Rawi Hage (whose novel Beirut Hellfire Society is also in the running for the Rogers Writers’ Trust Prize), Indigenous up-and-comer Joshua Whitehead and literary short-story darling Paige Cooper. Henstra’s only previous book is a work of young-adult (YA) fiction; her publisher is the small ECW Press.

The Governor General’s Literary Award is a prize that has in recent years become known as the most pious of all the big literary prizes. It is funded and administered by an arm’s-length agency of the government, and this agency must be meticulous about representation, in its juries, of every possible sort: geographic, ethnic, sexual. Still, given these deliberate factors, this year’s winner, with its stark lack of sympathy for characters on either side of the conflict, remains an unorthodox pick.

The Red Word has a faint YA hue to it as well – although it describes horrific assaults and dangerous drug use in detail (indeed, there is so much booze and drugs one starts to feel hungover and sleep-deprived about halfway through), it still maintains the chatty, explanatory tone of the YA genre. (Once one has the YA tone, which involves a first-person narrator, straightforward exposition, frequent exclamation marks in dialogue and the occasional 19th-century framing verb such as “She cried,” it is hard to shake.) The story is narrated by a Canadian woman recalling her time at a U.S. university in the 1990s. This narration, in the past, is interspersed with more recent events from her adult life, told in the present tense.

The story of hedonistic undergraduate life is by far the more gripping one. Karen, the boozy, horny narrator, joins a feminist household that its inhabitants jokingly call Raghurst. Then she starts dating the enemy: a smart guy who belongs to the notoriously predatory frat house Gamma Beta Chi, a disgusting place with a sex dungeon in the basement. Where the women keep a notice board tracking victims of sexual mistreatment, the boys keep a parallel one of their own, boasting of victims. Karen is more in love, though, with the golden, gorgeous Bruce Comfort, the scary big shot of the frat. The women are all acolytes of a professor/priestess called Dr. Esterhazy, who teaches them how to interpret Greek myth through a feminist lens. The narrator is so enraptured by Greek epic poetry that she frequently lapses into a mock-heroic idiom, and Bruce is often described in the terms of the ideal Greek hero. A vengeful huntress character is called Dyann. Parallels to the story of Helen of Troy are heavily underscored – the central question being which character exactly plays the role of Helen.

The women of Raghurst enact a sting operation to expose the sexual violence that pervades GBC. This vigilante action goes very badly. Its repercussions include a suicide attempt and a death – and an unveiling of the feminist priestess, who turns out to be something of a Wizard of Oz character, not nearly as much of an ally as her devotees had hoped.

This book is hardly activist propaganda. It presents such a sordid, hate-filled scene that sympathy for any character other than the passive, embarrassed narrator is hard to come by. The university campus is a place of simple sexual warfare. The feminist activists are reckless and dangerous. The narrator is a double agent: Her allegiance is half to the beautiful boys of the frat.

Indeed, one can already find outraged reviews of this book online that are denouncing it for ideological impurity. The narrator’s passivity in the face of gruesome frat-boy aggression, and the sense that the boys are victims of an injustice just as their victims are, are deeply uncomfortable to those expecting a feminist parable. The female characters seen in later life have almost all abandoned an activist stance. The narrator, in adulthood, has become a listless lifestyle photographer. The mood is resigned if not pessimistic.

I don’t think this choice is about respectability. It would be a mistake to see this choice as a #MeToo statement. Miriam Toews’s book would probably have better fit that bill; Joshua Whitehead’s would also have been politically welcome. Rawi Hage’s book was probably the “big book” favourite and Paige Cooper’s linguistic acrobatics made her book the writers’ favourite. The Red Word is a surprise win. It is a troubling, difficult, embarrassingly honest story: Its painful morass serves as a rebuke to extremism and vigilantism and to university life generally. If it is a political choice, it is a subversive one.

These memoirs offer a slice of celebrity life 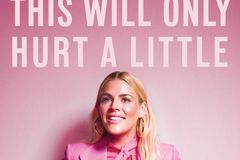 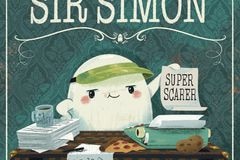 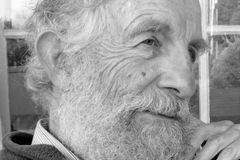